Word has just come out that the Samsung Gear S smartwatch, which we have previously covered is soon to be available from all major US carriers beginning next Friday, November 7th. We know that at Sprint, “well-qualified buyers can purchase Gear S with $0 down (plus tax) and 24 monthly payments of $16 (SRP: $384; excluding taxes; service plan required).” 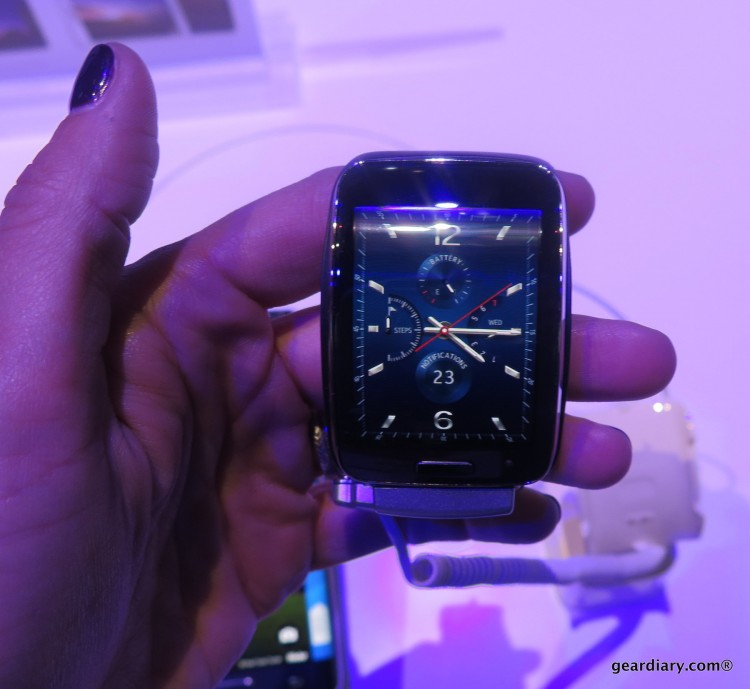 I spent some hands-on time with the Samsung Gear S at IFA, and I have to admit that this was one of the most compelling smartwatches that I saw there. Even though they are marketing sparkly wristbands to entice potential female wearers, as you can see of the pic where the watch is on my 5.75″ wrist, it’s going to be pretty big on an average wrist. If you are a smaller-framed man or woman, you will likely find it too big. 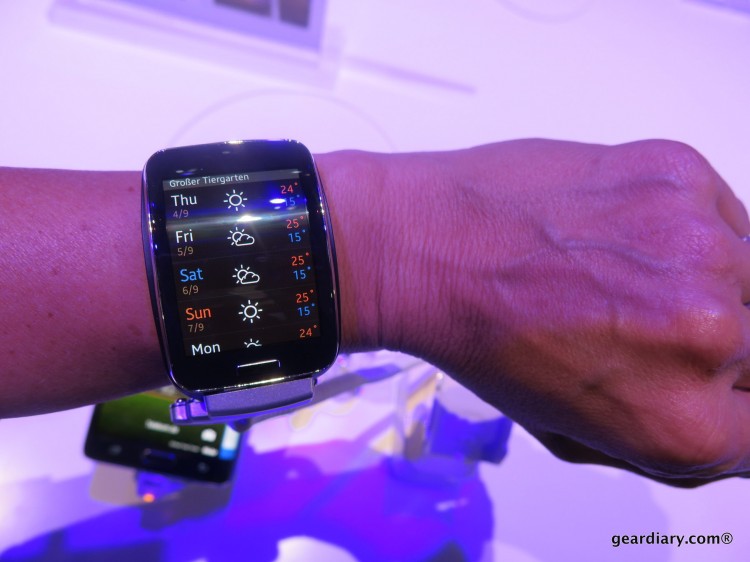 BUT! If you can handle its larger size, you are in for a treat. The Gear S has a gorgeous 2″ curved Super AMOLED display, and due to its “standalone carrier network connectivity” you will be connected even when you don’t have your phone anywhere nearby. “Users can make a quick call, glance at information and notifications, and immediately take action right from their wrist.”

When you are wearing the Samsung Gear S, you’ll be able to “view, receive, and reply to rich notifications from apps like email, messages, and social networks” without using your phone You’ll also be able to “speak or type emails, texts or posts from Gear S with both S Voice™ and a full QWERTY keyboard.” 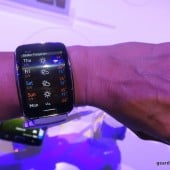 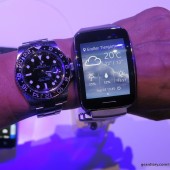 Size comparison next to a Rolex GMT II 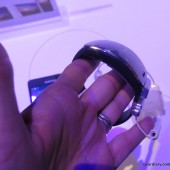 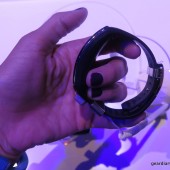 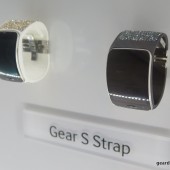 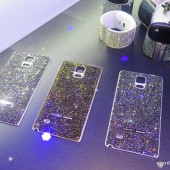 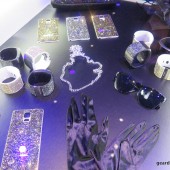 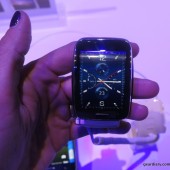 The Gear S is equipped with several sensors, including an accelerometer, UV sensor, barometer, heart rate monitor, GPS and an IP67 rating for dust- and water-resistance. From the paired phone, the Gear S features turn-by-turn navigation provided by HERE. View full text articles with pictures from News Briefings and other news applications. With S Health™, Nike+ Running and a number of third party applications available through Samsung Gear Apps, it’s easy to find the right program and keep track of your fitness progress. Listen to songs from the MILK Music™ app powered by Slacker, right from your wrist.

You’ll be able to buy the Samsung Gear S in either black or white from AT&T, Sprint, T-Mobile and Verizon Wireless. So far we’ve only received a press release from Sprint, and they are saying that when you buy one it “can be added to a Sprint Family Share Pack for a $10 per month per line access charge.” As an added bonus, “through December 2015, Sprint will waive the $10 per month access charge on Gear S added as a new line of service to any Sprint Family Share Pack 20GB or higher.” 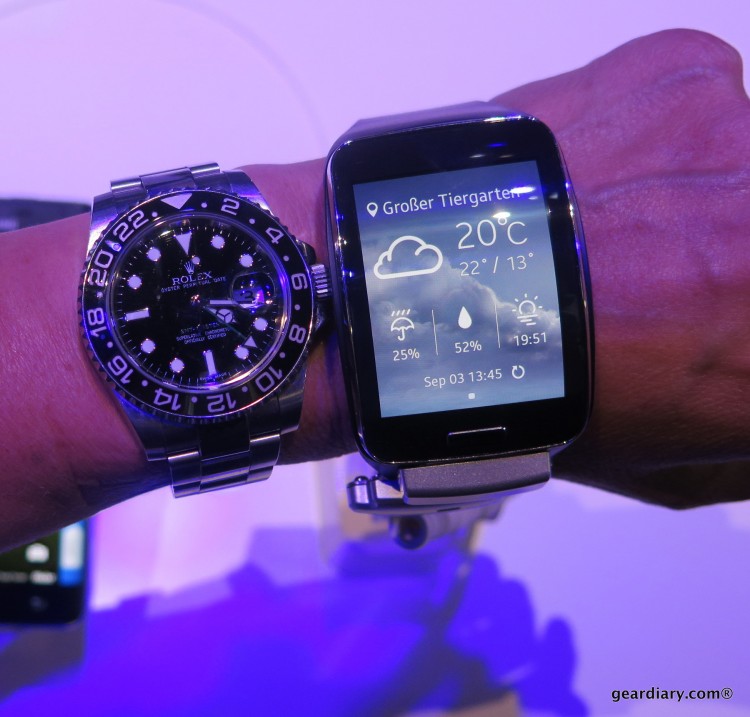 Size comparison next to a Rolex GMT II

I usually wear a man’s watch, and  I have to admit that even though I know it will probably be too big for me to wear, I still kind of want one. =/