Wadjet Eye has released some great games recently, creating the Blackwell mystery games and publishing Gemini Rue. So I was intrigued when I heard that they were working on a new game with indie developer Technocrat, which they announced today. The game is Technobabylon, a dystopian cyberpunk adventure coming to PC in spring 2015 and to Mac/Linux after.

Technobabylon was originally planned as a set of 8 episodic freeware adventures, but has been reworked and packed into a single full-featured game that is a retro-style, point & click adventure. It takes place in 2087, and here is the quick summary:

Technobabylon takes place in a dystopian cyberpunk future where genetic engineering is the norm, the addictive Trance has replaced almost any need for human interaction, and an omnipresent AI named Central powers the city. Its all-seeing CEL police force keeps tabs on everyone… including three people who are about to meet their maker.

The game features three playable characters, and for the initial announcement Wedjet Eye is introducing Dr. Charlie Regis, a geneticist and CEL Case Specialist — as the tragedies of his past come back to haunt him 20 years after his wife’s death. He is featured in the trailer, and you can also get a glimpse into his CEL records.

Head to the official site for more information as it is available! The release date is targeted for Spring 2015 for PC with Mac and Linux arriving later.

Here is the teaser trailer and a collection of screenshots: 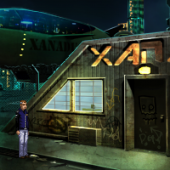 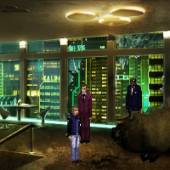 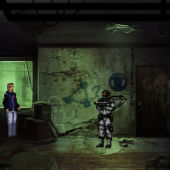 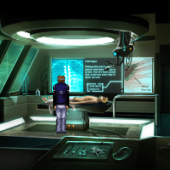 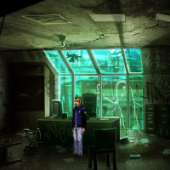 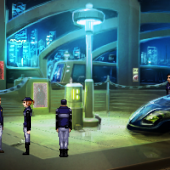