Wow! 2015 is already off to any amazing start in terms of gaming! We’ve seen great stuff for iOS, Android, consoles, Mac and PC in just these normally quiet first few weeks. Now we are seeing another Steam Early access launch. This time it is for a competitive online shooter, Ratz Instagib which is just out and already popular!

Early Access is here, and it’s pure carnage out there! 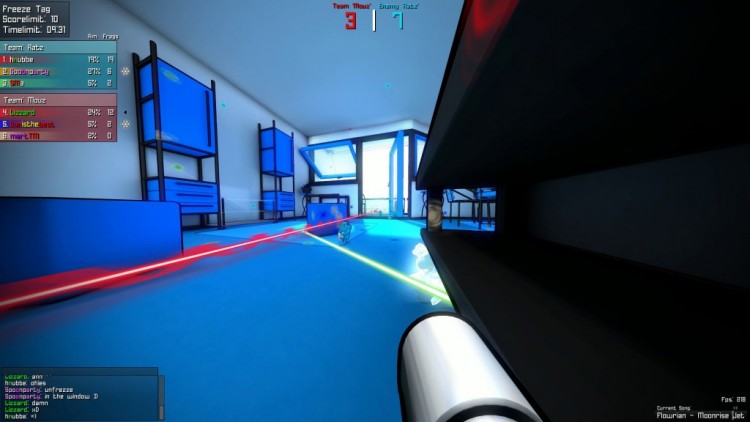 The Ratz Instagib Early Access has launched and already the servers a bursting with Ratz fighting for dominance on the leaderboards, customization unlocks, and most importantly the annihilation of their inferiors.

With 6 game modes, 8 maps, 5 beam-types, and 7 frag animations to unlock, this Early Access has plenty of content to jump into. And there’s still more to come too!

There are two ways to get your key and start fragging:

What IS Early Access? It is a system on Steam that allows gamers to start playing a game they are interested in well before release. Developers open games up to Early Access for two main reasons – to get feedback on the game, and to get additional funding during the critical ‘crunch time’ of finalizing development. It can very often end up as a ‘win-win’ for everyone.

Here are ways to follow Ratz Instagib on social media: