If there were a pill that, when digested, would instantly turn  obnoxious body emissions into sweet-smelling chocolate – you’d probably want to take it wouldn’t you? Or at least feed it to the family dog or maybe slip it into a relative’s mashed potatoes during Thanksgiving dinner.

Well  Lutin Malin (evil leprechaun) suggests this special XMAS edition chocolate aroma fart pill can do just that. But do they work? 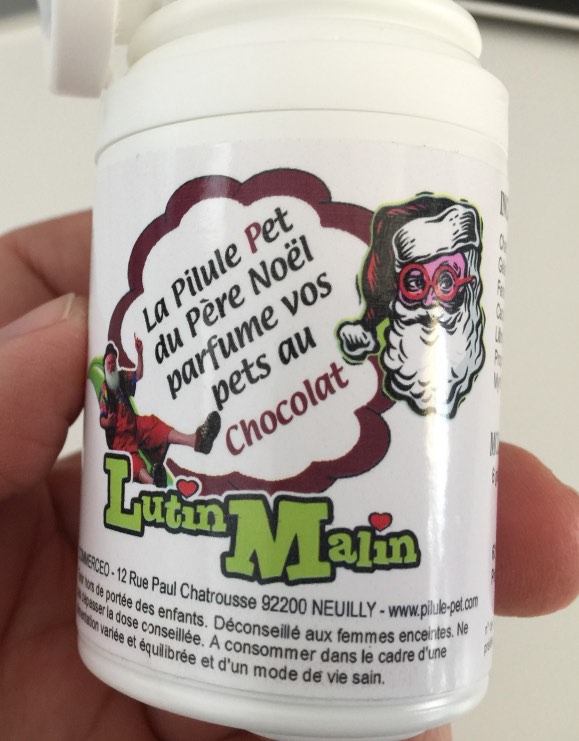 I was sent a bottle to test — mostly because nobody else on the team wanted to digest something whose label was written entirely in French, and whose web site also advertises fart powder for dogs that stink, which Google translates to ” the pet pill pere noel chocolate perfumes your pets”.   So a little extra digging, and I find the French word for farts is pet which hopefully means these pills are for humans and not pets. Also the French label warns against giving these to children or pregnant women. 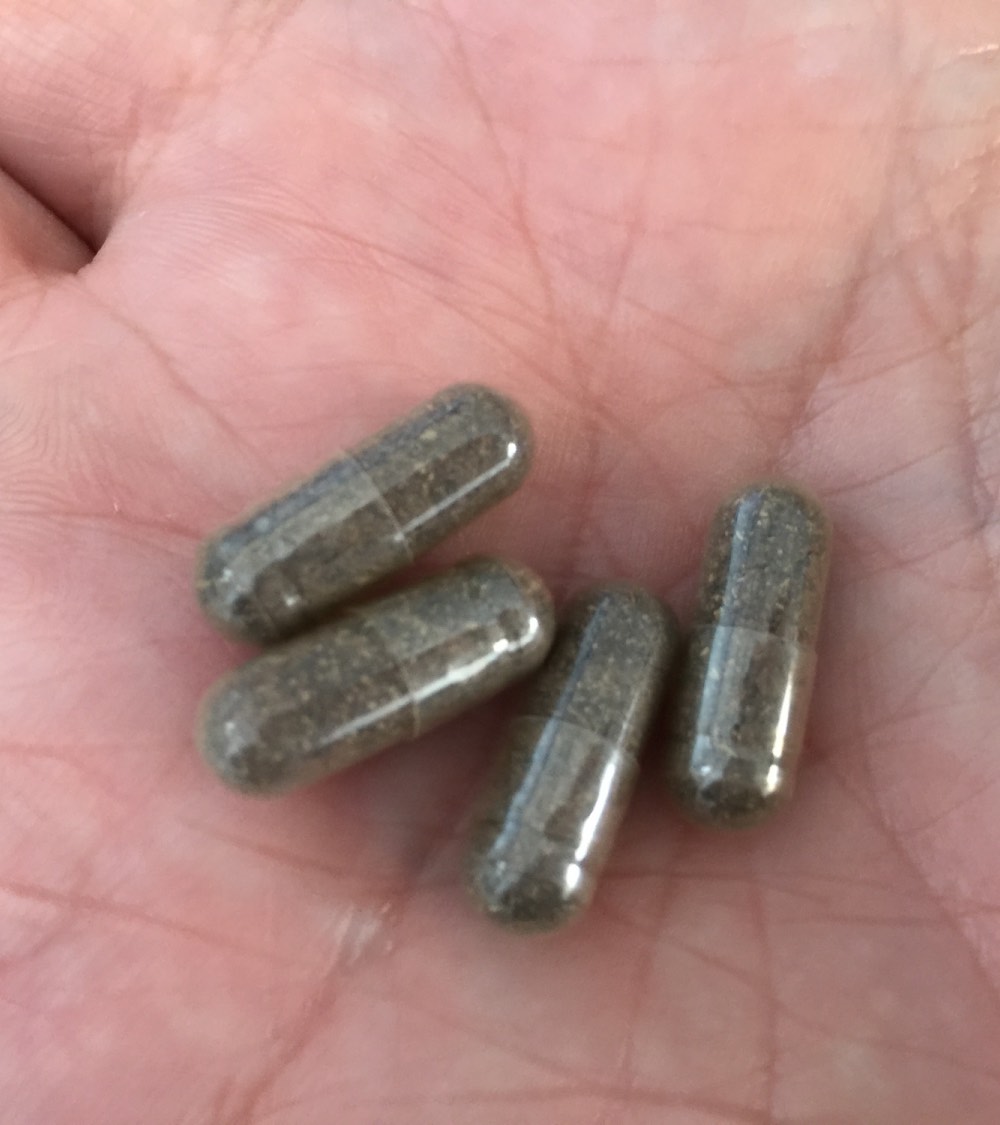 The label on the container lists these ingredients: 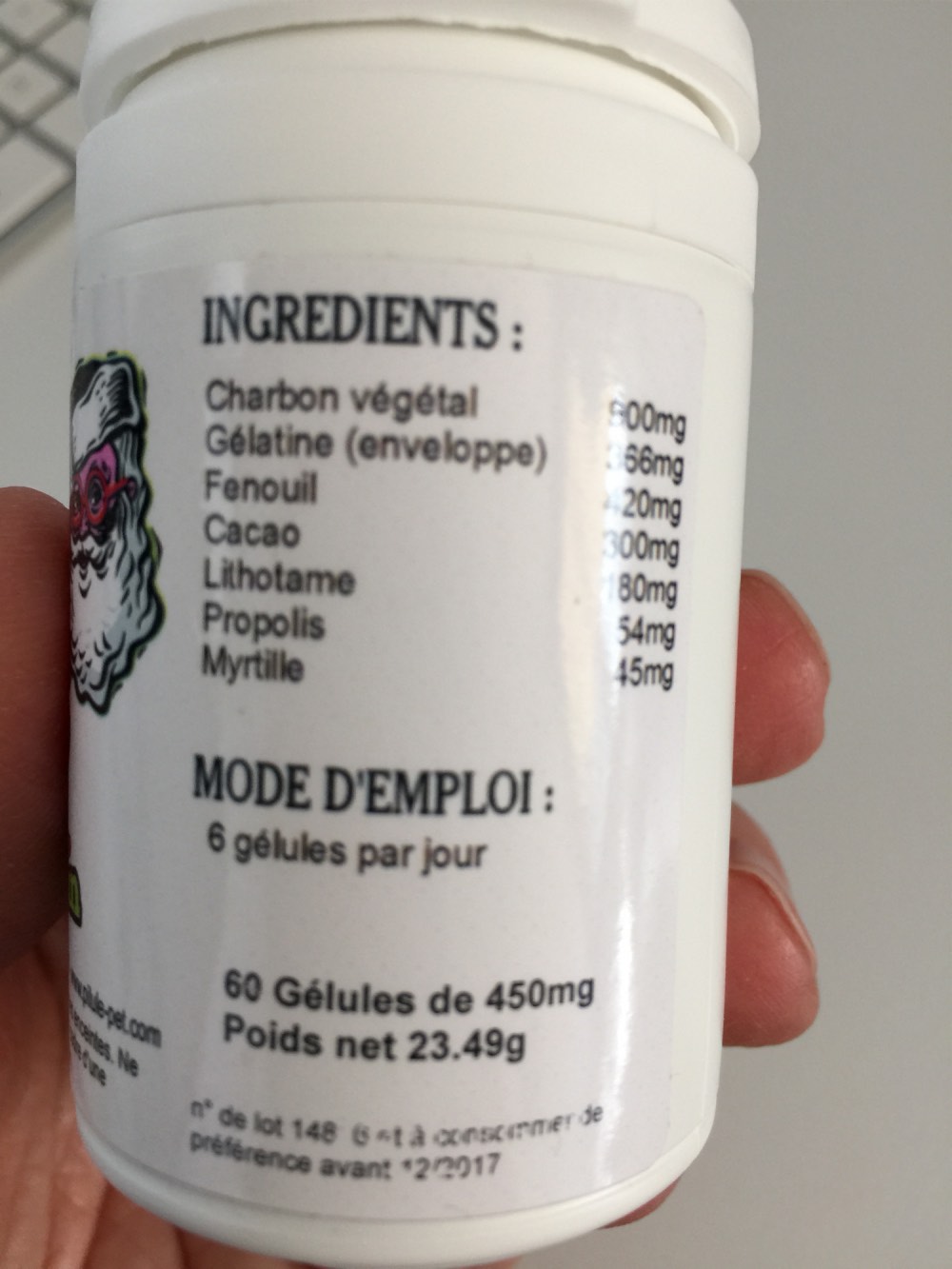 Roughly translated they appear to be the following natural ingredients

About midway through (5 days in) I had occasion to test the efficacy while waiting in line at Walmart. The “volunteer” who entered the line behind me (just after testing)  indicated that,  no, they did not smell chocolate. They did not leave the line  – so I score this a partial win in the “eliminated odor” category.

Several other opportunities later, I can report  the smell elimination appears to work. The jury is still out on whether you’ll come out smelling like chocolate. I’m also not entirely convinced  the stuff in this bottle isn’t the same as what they put in the Fart powder for dogs that stink.

To my nose I couldn’t smell anything – but aren’t most people oblivious to their own odors? My kids didn’t appear to pick up on any odors either –  they also never asked “does anyone smell chocolate?”

If you’re looking for a  gift for a smelly friend – you can pick up a bottle of 60 for roughly $23 at Special XMAS Edition Chocolate Aroma Fart Pills.

Source: Judie bought these for the sole purpose of them being consumed, tested, and then presumably discarded by me