The arcade shooters Titan Attacks! and IronFall: Invasion invade the world in Nintendo eShop for hours of fun action-shooting gameplay on the Nintendo 3DS.

As the last surviving tank commander on Earth, single-handedly turn back the evil invading alien army, drive back the Titans across the Solar System, and defeat them on their homeworld.

Titan Attacks has the same easy-to-learn and addictive gameplay of the classic arcade shoot ‘em up, but is packed full of extras – new features, new strategies, and stylish neo-retro visuals.

Battle swarms of alien fighters, bombers and giant boss motherships, over 5 unique worlds and 100 levels of frantic action!
Earn bounty money and upgrade your ship with extra cannon, rockets and lasers!
Destroy falling wrecks, dodge hurtling asteroids and capture escaping aliens – or blast them from the skies! Win prizes in sharp-shooter challenge stages and compete on the online high-scores table!

IronFall: Invasion is a third-person shooter full of weapons and aliens with over 11 levels in the single player campaign mode and impressive multiplayer mode allows up to 6 players to join locally or online for competitive battles in 6 different arenas. Both modes can either be purchased separately or together. This sci-fi shooter takes place in 2017, following a massive invasion of Earth. IronFall: Invasion is published and developed by VD-Dev. 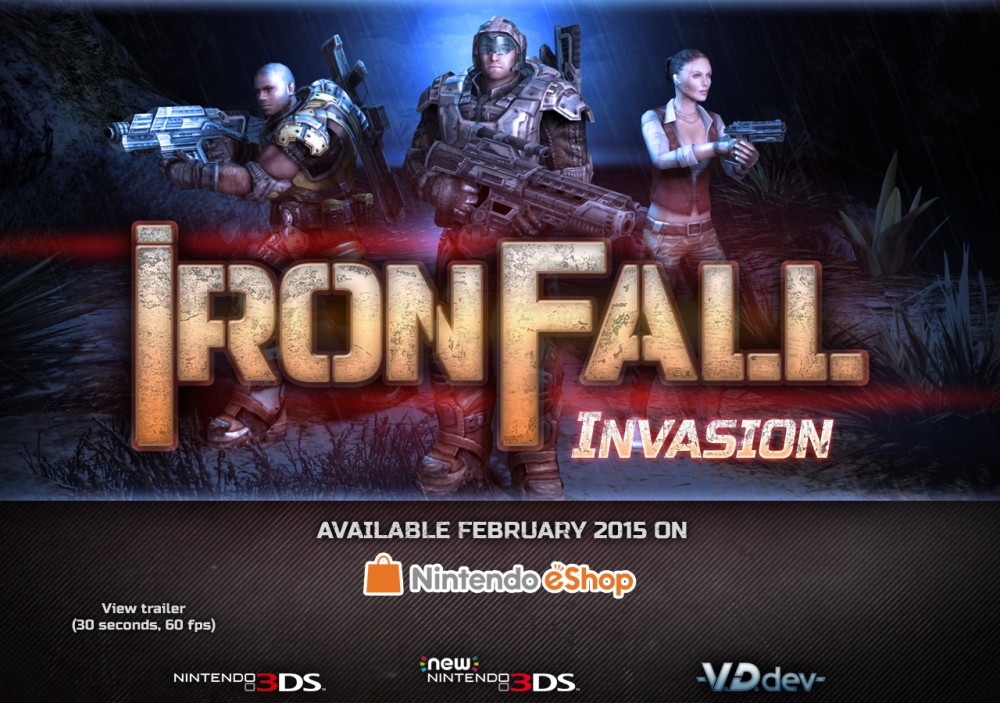