When a hot tech product launches, everyone rushes to get it, all tech sites scramble to review it right away … but often that is the last anyone hears about it. But with updates so easy to process now, more and more products mature nicely over time. Now 5 months post-launch I have an iPhone 6 Plus … what do I think? 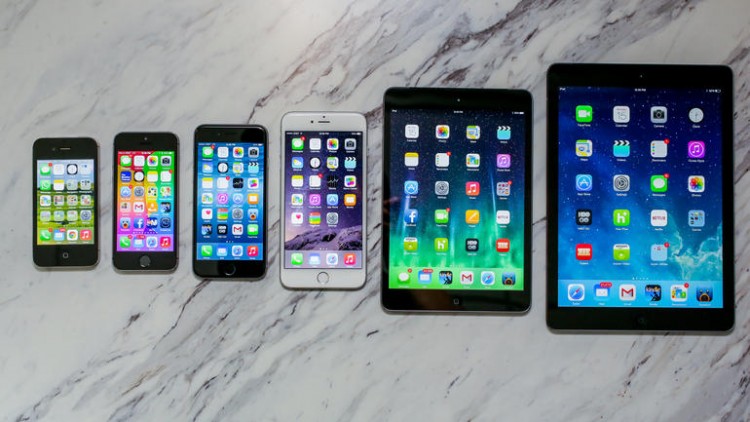 Image Source: CNet
When I wrote about declining iPad sales last month I wasn’t just citing numbers, I was looking at my own usage patterns and wondering how I could possibly have ended up with an iPad Air 2 in spite of knowing it was totally superfluous. Well, of course I KNOW why, but still – for the first time since the original iPad I knew I had absolutely no need for a new iPad … in fact, I was questioning the value of the iPad in my life at all!

Before I start … Amazing Build Quality – because of where I work, I can look at a smartphone screen and see the flaws in seconds. But with the iPhone 6 and even moreso the 6 Plus the quality is insane …

Why The 6 Plus IS All That

– the iPhone 6 Plus has the best mobile camera I have ever used – fast, accurate, with OIS and a huge screen it is a joy to use. Compared to the cameras on the iPad … well, there IS no comparison! So while you CAN take pictures with a tablet, if you really care, using the 6 Plus makes things so much better!

– look, if you are interested in the iPhone 6 Plus, it is BECAUSE of the screen – size, quality and resolution. And it doesn’t disappoint.

– I loved it when I saw Dan using that term to describe his iPhone 6 Plus, and it is very true – the screen is large and highly usable for more than just standard phone functionality. This is more than just having a large screen – the Samsung Galaxy Note series has a big screen but isn’t really designed to bridge the ‘tablet gap’ – it is just a large screen phone. (not saying that is a bad thing … Android is better as a phone OS anyway). I find there to be less of a ‘step down’ from iPad Mini to iPhone 6 Plus, than from iPad to iPad Mini!

– right now I am going ‘all in’ with the iPhone 6 Plus, carrying only it, my Logitech Bluetooth Keyboard and my LiveScribe 3 along with me – and leaving my iPad, Macbook Air and iPod at home. With those and my Garmin vivoSmart all sipping off power, playing music and using the iPhone 6 Plus as my primary device all day long I am still barely breaking a sweat in terms of battery consumption. While I know it uses more than when I split between iPhone and iPad, it doesn’t feel that way.

– after using the iPhone 6 for a few months I was very familiar with how it behaved, and I loved it. It was just a bit bigger than my old iPhone 5 and basically behaved the same. But the iPhone 6 Plus has UI elements that fade away to give you more screen, the rotatable UI and so on.

Why The iPhone 6 Plus is NO iPad Replacement

– while most of Apple’s apps use the rotated UI and disappearing elements to great effect, major third party apps will be having you do the ‘head-tilt shuffle’ to see what is going on.

– sure there are plenty of iPhone games, but the TYPE and SCOPE of games is very different than on the iPad. This is even true for the iPad Mini, but moreso for the iPhone. Games like Baldur’s Gate might have been ported to iPhone as well as iPad, but the experience is inadequate at best. For the ‘hardcore gamer’ on iOS, an iPad is a necessity.

– my iPad has more than 40 music apps installed, from recording to effects to amp processors to synthesizers and so on. When I went to install them on the iPhone 6 Plus I ended up with … four. Garageband, AudioBus, AmpliTube and Roland’s Sound Canvas.

– when you are in landscape mode on the iPhone 6 Plus in the Music app … YOU CANNOT CONTROL THE MUSIC! You need to rotate the phone to do anything. I mean, even with Facebook and other apps you might have to do the ‘head-tilt shuffle’ – but at least I can DO something.

– so aside from the other issues, there are also apps such as ‘JMP Graph Builder’ I use for mobile statistics that are iPad-only. Also, what I have noticed is that there are a number of subtleties that make the iPad feel like a true bridge between phone and laptop … whereas the iPhone 6 Plus is simply a large iPhone – the most productive phone I have ever used, but still an iPhone.

Oh – and an iOS 8 Annoyance While We’re here

– I know setting up a new device is a pain … this is true for PC, Mac, iOS or Android. But whereas Google stores credentials so I can login ONCE and then confirm my account in all other Google App installs, apps from Microsoft and Amazon have me entering password after password again and again.

– OK, I understand that after a power-cycle or a long delay I need to use my password. But when I tell it to use TouchID for iTunes login, once I have satisfied the TouchID for login/unlock, WHY do I then need to manually enter my iTunes password again?

– Select text? Not possible with iOS 8 … and some of the weird functionality is even worse with the iPhone 6 Plus than with the iPad. It makes it more difficult to use iOS devices as true workhorses.

– since buying the iPad Air 2 I have shifted my gaming away from the iPad and back to Mac & PC. Here is the reality – you don’t get an adequate PC/Mac/console gaming experience on a tablet, let alone the phone. The best games are either ports or knock-offs, and in all cases for games of any depth you are better off playing on a real computer or console.

– As I mentioned above, there are certain iPad-only apps that I miss, but similar to games, these are almost all cut-down versions of PC/Mac programs, so instead of making the effort I just use my PC or Mac.

– Finally a REAL need! And yes, I immediately felt this one, and had two thoughts: the convenience & power of mobile music is NOT something I am willing to give up, and also I have no need for an iPad Air 2 with 128GB of storage and LTE to support my usage. So it is back to an iPad Mini WiFi for me!

What are YOUR iPhone 6 Plus versus iPad Thoughts?