I remember the Roland Rhythm Composer TR-808 at music stores in Boston and thinking it was cute and fun but not very ‘drum-like’, which was the prevailing opinion. Then songs like ‘Planet Rock’ and ‘Sexual Healing’ landed and suddenly it was THE sound – and has made a comeback in recent years. Now it gets a documentary premiering at SXSW. 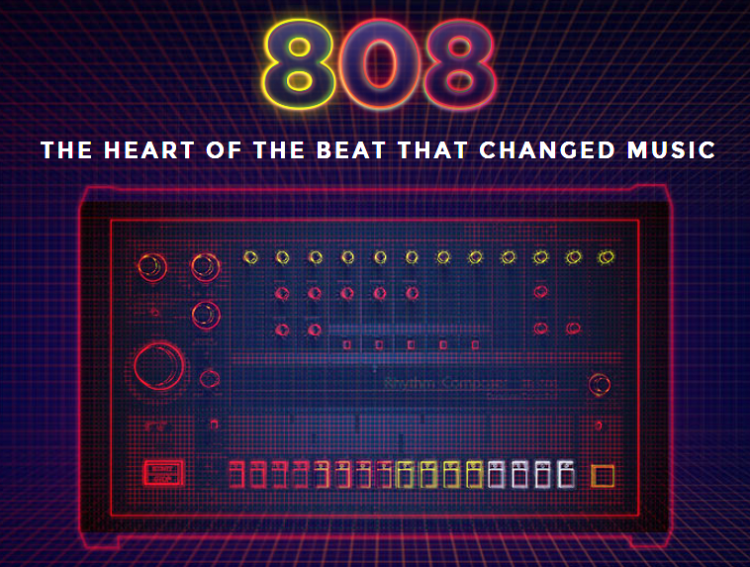 By the time the TR-808 was discontinued in 1983 it was just starting to catch on and was not considered particularly successful – I could easily have bought one used for much less than the sample-based drum machine I got for my home studio in the late 80s.

The TR-808 is THE axe of techno and hip-hop, prompting some to say:

If rock music had the Gibson Les Paul and Fender Stratocaster, hip hop and dance music have the TR-808. And if its sound seems sometimes overly familiar, even that is in some sense a hat-tip (pardon the pun) to its enduring ubiquity.

If you are asking yourself the obvious question, well …

How did you carve a compelling storyline out of a machine?

The story came together at the end. In the beginning, we wanted to find out what this machine means to people — their attachments, emotional memories, practical dependencies on it. We did not want to do a chronological story about a piece of music equipment. We wanted to illustrate its legacy in hip-hop and electronic music. So we spoke with musicians over the course of three years, and it was astonishing how deep the industry’s relationship with the 808 goes. Fatboy Slim told us his whole career was impacted by it. By the time we were done shooting, Luke Bainbridge and Alex Dunn weaved all the little surprises and twists together into a story about how the sound traveled.

Here is the SXSW Poster: 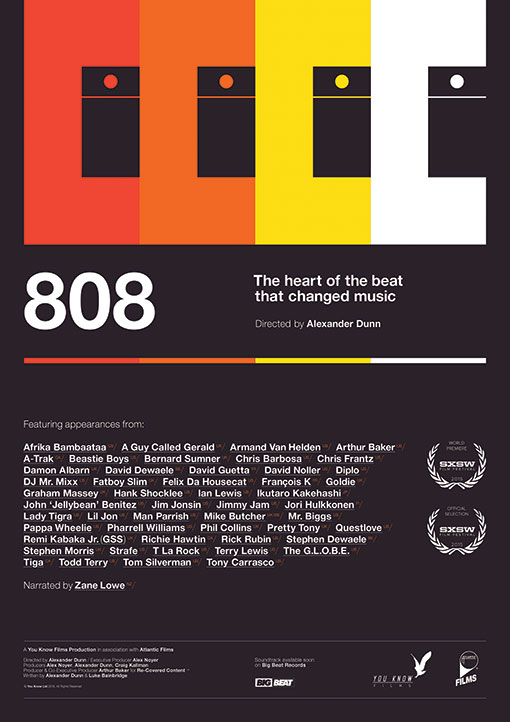 By focusing on the impact of the technology rather than just the hardware, the producers found something that worked – the connection between people and the music they love. There is a great feature over at CDM, definitely worth checking out!

There is a full press release for the movie here, including:

“Making a documentary about a drum machine, a piece of electronic equipment, is an interesting challenge,” said Alexander Dunn. “It has no voice of its own, so as a protagonist it’s rather difficult to mold a story around. 808 has really been a journey of discovery for me. One that led myself and the team to meet over 50 musicians and artists from all around the world, hearing their personal stories about the 808 and the music they created using its iconic sounds. Those artists and musicians are the real protagonists of the film and the 808, in the hands of our contributors, would change music forever.”