Many expected this already, but Apple plans to do away with some of their competitors by removing them from some of their brick and mortar Apple Stores. On Apple 24th, Apple will be releasing the Apple Watch, and one of the highlighting features will be its fitness tracking capabilities. 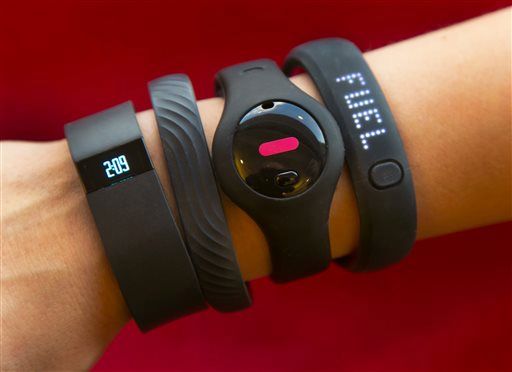 Last fall, Apple eradicated all Fitbit devices from their stores as a result of Fitbit refusing to integrate with Apple’s HealthKit platform, so this was pretty much in the works for a while.

Courtesy of Re/Code, we do know that Apple Stores in San Francisco, Palo Alto, Los Angeles, and New York are no longer stocking the Jawbone UP24 and the Nike+ FuelBand. While there are other fitness monitors that are still listed via the online Apple store, none of them are actually worn on your wrist. The Polar monitor is worn around your body, and the Jawbone Up Move clip-on fitness tracker are both examples of what are still available for purchase.

The Nike Fuelband being removed comes as less of a surprise, since even Nike has given up progress on the band, and instead has begun focusing health and fitness development of the Nike+ app for the Apple Watch.

This isn’t the first time Apple decided to cease selling a product because of competition. They even went to the lengths of removing Bose Products from their retail stores after the NFL banned Apple-owned Beats By Dre headphones from appearing on camera via a Bose sponsorship, which lead to a lawsuit from Bose to Apple. Later on, Bose’s products did return to the Apple Store. We cannot say the same will happen for Jawbone and Nike’s products however.