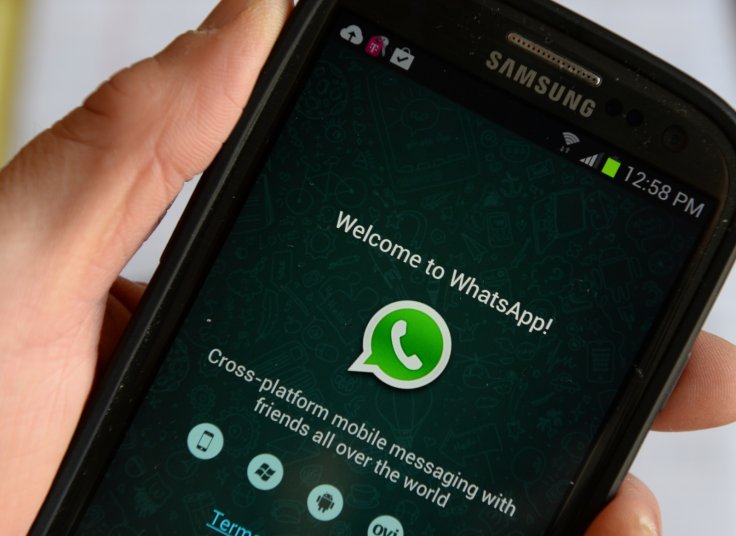 Now even though this number doesn’t technically mean a billion people have it on their devices right now, Facebook owned WhatsApp has hit a milestone that only the likes of Gmail, Google Maps, YouTube , and it’s owner Facebook have reached, which is being downloaded to an Android device a billion times. 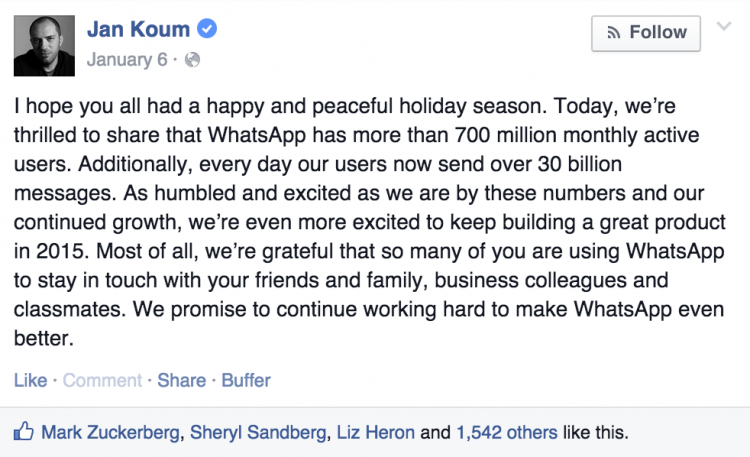 Ironically, it was just reported in January by WhatsApp that they have roughly 700 million active users across both iOS and Android programs, with 70 percent of them active on a daily basis. That being said, we find it hard to believe in two months that number increased by that margin. Judging by the fact that google calculates app downloads on a per-account basis verses per device, the actual number of people who have the app currently on their devices is not known.

Although many questioned if the acquisition was worth the $21.8 billion price tag back in October of 2014, it looks like the “Price is Right” for Facebook. 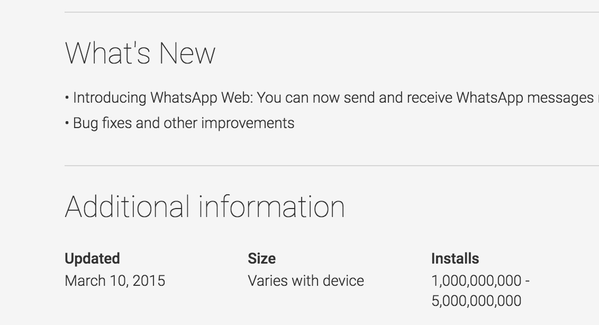 If you want to add to the milestone, hit up the Google Play store now and download WhatsApp for Android.