Pad & Quill has a long track record of making quality accessories for iOS devices. From iPad cases to leather bags, there’s not a better company that makes hand-made original products quite like they do, and now with news of Apple’s latest product arriving next month, the company made sure they would not be last to put out accessories.

Inspired by old hand carved pocket stands, Pad & Quill announced they will be releasing their Luxury Pocket Stand for the Apple Watch. Hand carved from African mahogany or American cherry, the collapsible stand is not only portable, but also comes in bundles. The Luxury Pocket Stand is currently available for $69.99 via pre-order, but will raise to $79.99 when released sometime in May. 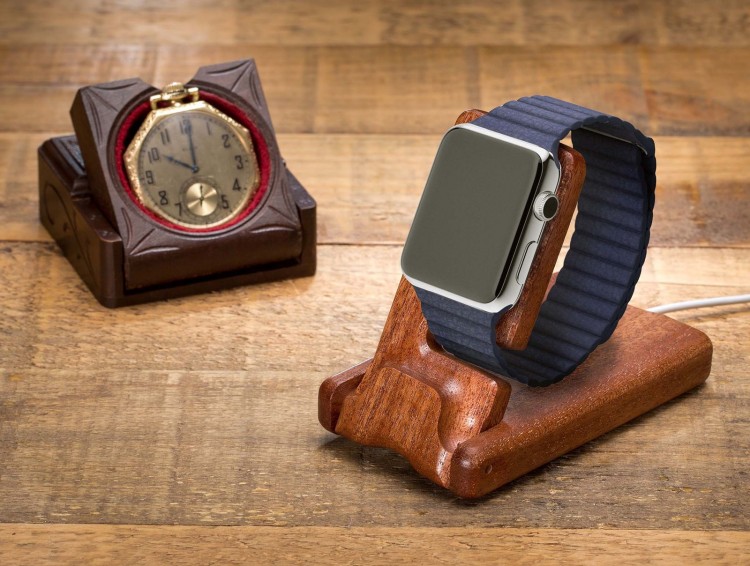 Also with the news of the stand, there will be a Roll Up Kit for $49.99 which features a leather wallet with pockets for the charger as well as it’s attached USB cable, and an extra band (for those who plan on having more than one).

There are two bundle plans available for the Luxury Stand as well. For $119.99 there is the stand itself and the roll up kit. For the same price, you can get the stand and the luxury travel pouch.

Pad & Quill is known for their quality products, as well as their customer service, which explains the pricing, but with such a pricey purchase like the Apple Watch, the term “you get what you pay for”, is fitting.