Late last year, Apple gave Fitbit the boot from Apple retail stores. There was a lot of speculation as to why Fitbit was kicked out, but most people assumed it was due to Fitbit pulling out of Apple’s Healthkit initiative. Competitors (and Healthkit partners) like Jawbone, Mio and Nike remained in the stores. Until this week, when everyone was booted! 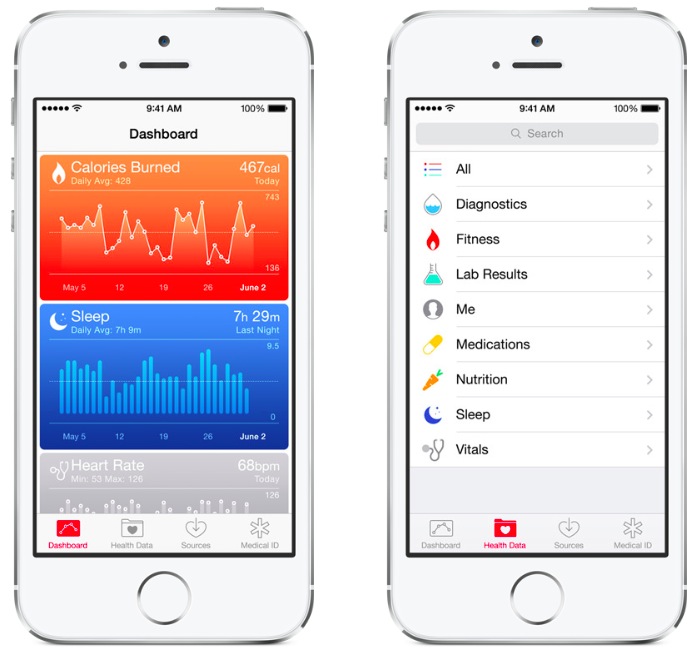 It’s not hard to see the timing here. Apple doesn’t want to showcase cheaper fitness wearables ahead of the Apple Watch launch, so anything wrist-born isn’t being carried in the stores. It sounds like (for now) Apple is still carrying entry-level clip on devices like the Jawbone Up Move. Then again, the Up Move costs $50, so there’s no one cross-shopping an Apple Watch and an Up Move, while it’s likely that there would have been people cross-shopping the Jawbone Up 3 (if it’s ever released) and the Apple Watch. Apple also pulled most fitness trackers from their online store, focusing all the HealthKit-compatible accessories on things that the Apple Watch does not do, like blood pressure monitors, strap-based heart monitors, and connected scales. It’s perfectly reasonable that Apple doesn’t want to entice buyers into purchasing a cheaper item than their own Apple Watch, but it does make me wonder if Healthkit will have many partners in the future.

Look at Jawbone as an example. Jawbone has their own app and data analysis, and they need customers to use the Jawbone Up app to remain part of their ecosystem. If I can buy a Jawbone Up, and then “upgrade” to an Apple Watch, and all my data lives in Healthkit, Jawbone seamlessly loses a customer. If all my data lives in the Jawbone app alone, I’m at least going to consider another Jawbone product before switching to a competitor, because I have a history in the Jawbone app. Apple wants third parties to play in the HealthKit ecosystem, because Apple isn’t going to personally make blood pressure cuffs or scales, but there’s no incentive for companies to play nicely if half their product line is verboten.

This is the problem with everyone clamoring to get a piece of the fitness space, and it’s going to cause more friction until a dominant player emerges. Apple wants to sell their Apple Watch, but they also want to grab the data from other sources too; that data is key to getting ResearchKit and their other medical and fitness initiatives to come on board. Everyone who owns an iPhone isn’t going to own an Apple Watch, but if they’re tracking their fitness in some way or another Apple wants to know more about it. But Apple is in a situation where they are attempting to be both a competitor to fitness companies as well as a partner, and it’s clear there’s no easy way to do both.

I’ve said this before, but I firmly believe it isn’t Apple Healthkit or Google Fit who will emerge victorious from the fitness fray, because both companies have too many areas competing with the apps and hardware they need to fuel all this data. The fitness tracker market is growing rapidly, and it’s worth noting that the most successful partnerships seem to be with companies who have complementary, not competing, areas. Look at MyFitnessPal and how they play nicely with Jawbone, Withings, Misfit, Fitbit, Runkeeper, and dozens of other services. Up and Misfit have apps for the Pebble, but the data feeds back to each company’s apps, not to a separate app for Pebble; again, there’s overlap between the hardware and software needs.

Apple’s “Healthkit accessories” page is pretty sad right now, and I would imagine it’s not going to get better anytime soon. Will Wahoo stick around as a partner if their heart rate monitors are next on the chopping block? Will Withings still sell scales through Apple if they can’t sell the Activité line as well? And how long until the Jawbone Up Move drops off the page too? All of these companies had an excellent reason to give HealthKit a try, but if anything that gets too close to the Apple Watch is out, I’m guessing one by one these third parties will be too.

Someone (MyFitnessPal?) is going to figure out a way to aggregate health data from your fitness tracker, your food diary, your running app, and your scale to help give you a complete health picture. But it won’t be Apple. Who do you think will become the big fitness player? Or do you think Healthkit still has room to run?