All dogs just want a bone, right? Well in this case, they might be so in love with one that they’d go through hoops and hurdles for it. In Dino and Jack – The Lost Bones, you play as jack, a hungry pup who has to overcome obstacles.

This is done by running, jumping and shooting his way through a jungle full of bugs in attempt to claim the lost dino bones. 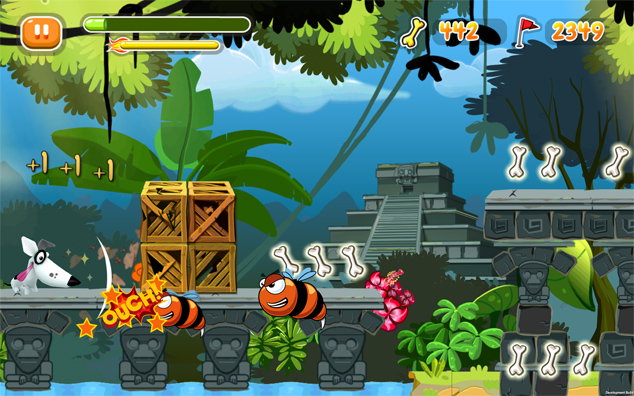 The endless runner game available in the Apple Store & Google Play is reminiscent of Sonic with its side screen play, as it challenges players to survive as long as possible avoiding all adversity. Using quick gestures and weapons like the Cocozooka and the Bananagun, you’re able to fend off those annoying bees while collecting coins which help you unlock in-game items and features. To make Jack shoot you tap on the left or right hand side of the screen. A swipe will make him sprint across your screen.

There’s no getting in the middle of Jack and his goal, no matter how many dangerous rocks, poisonous plants, and snarky flies you put in his way. Using a special jungle suit he can fend off his enemies even on side missions that let him collect extra bones, which might help him in his quest for it all. 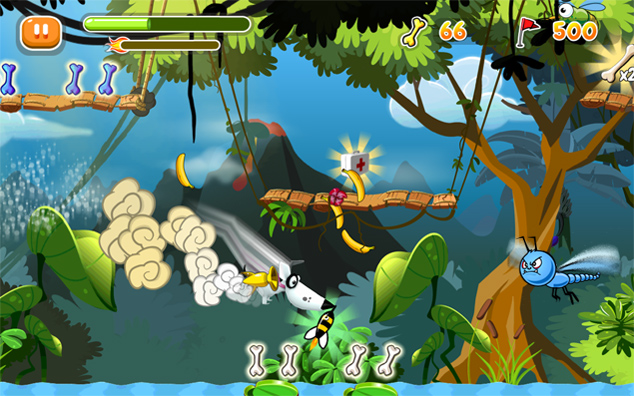 What are you waiting for? Help Jack in his quest today by downloading Dino and Jack – The Lost Bones for free from the App Store for your iOS devices, or on Android in the Google Play Store.