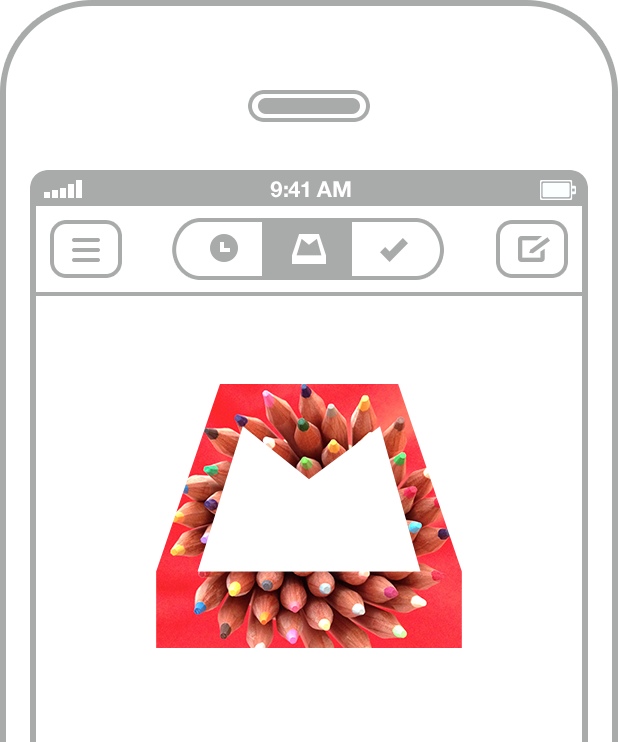 When Mailbox, the app designed to tame, manage and control your inbox, arrived, I was thrilled. I was the first person on the Gear Diary team to gain access, and for the first few weeks I was doing nothing but singing its praises. Judie, Dan and Mike all joined over the next several weeks, but not all of us are still using it. Who is? Who isn’t? And for those who quit — why did the shine wear off? Read on for our thoughts.

Carly: I put up with many of Mailbox’s quirks for the ability to snooze emails. Having them reappear when I had time to answer was amazing. Unfortunately, Mailbox was spotty with push emails. Sometimes my email would come flying in right away, and sometimes I wouldn’t get any emails for two hours. Worse, the attachments bug kept coming and going, so I would sometimes be unable to access attachments or forward them on to someone else.

Finally, I started having major battery issues with my iPhone battery. As it turns out, the issues do not appear to have been caused by Mailbox, but in the process, I switched back to the default mail app, and it was just nice having something that ran so smoothly. My emails appear regularly, attachments don’t disappear, and I don’t feel pressured to make a decision about each email as soon it hits my inbox. I might be less efficient, but I’m ok with that!

Dan: I was super excited to have the opportunity to use Mailbox. In fact, I, like so many others, found myself watching the numbers move slowly as I crept toward being given access. Not for nothing, the approach Mailbox took was one of the smartest marketing approaches I have seen. They created hype, anticipation, and exclusivity and I bought into it hook, line and sinker.

In preparation for using the app, I went and cleaned out much of my inbox using Mailstrom. That meant that by the time I finally got access (it took a few painful weeks), I was already well on my way to getting my mailbox under control. At first, I liked the approach Mailbox took. It was a new way of handling an old problem. Within a relatively short period of time, however, I found myself being less and less enamored of the app. The first thing I noticed was that the swiping was a pain if I was going through numerous emails at a time. I also didn’t find myself taking full advantage of the “sleep functionality. In addition, I found myself mis-swiping more and more and sending emails to places unintended. I was getting fed up, but I didn’t say anything to my fellow editors. You see, I am often quick to be excited about something and then see the shine rub off quickly. When that does happen – in fact often before it happens – my fellow editors tend to make a joke or, worse, take bets about how long it will be before I switch to something else. I wasn’t going to let that happen.

But I found mailbox to be increasingly annoying. It didn’t offer the same flexibility of format that I was used to mail.app. That wasn’t a huge deal, but it was a bit of an issue at times. Then there was the lack of using unique signatures for each email account. I have at least three different accounts that I use for various aspects of my life, and not being able to give a unique signature to each one was annoying. The way in which the application handled attachments was another issue. Also, there was the fact that, at times, 30 conversations easily show earlier parts of the dialogue. With so many balls in the air at any given time, it’s helpful to have conversations available at a glance in order to ensure that you get the flow of a conversation before replying. Any one of those issues wasn’t enough to have me stop using mailbox, but the combination of them began to feel increasingly annoying. I soon found myself going back to the native email application on my iPhone and, eventually, realized that mailbox was more work than anything else. If a productivity tool adds layers of complexity it isn’t a productivity. I have not looked back.

Judie: I get hundreds of emails a day, and it is a major time-suck trying to go through them all. Before Mailbox, the best solution that I had found was the VIP feature on the iPhone. Simply put, this allowed calls and emails from certain people on my VIP list to get through at any time of the day or night, with special ringtones or vibrate modes so I would know it wasn’t something that could wait. If an email came in after-hours that wasn’t on the VIP list, that email could wait until the next day. But I was willing to give that system up if Mailbox could give me something better.

In theory, I really liked the way I could snooze, delete and archive my emails through Mailbox, but the truth of it was that half of the time I would do the wrong swipe, and I would archive things I wanted to delete or vice-versa. I figured that I was the only one fat-fingering my email, so it was a relief to see that it was happening to Dan, too. I suppose that a clean inbox is an honorable goal to have, but honestly? If all I was doing was snoozing emails, that means I would still have to deal with them at some later date — when I had even more emails waiting for me to go through, so I don’t think snoozing anything made me more efficient, and I had already begun to stop doing it.

Then there was the fact that Mailbox would stall sometimes — I’d see a pop-up for my Mail.app that showed new email was in, but the new email might not appear in Mailbox until some time later. I eventually had to turn off all notifications on the Mail.app — not only because they were redundant, but also because not getting my email as quickly through Mailbox was frustrating.

Eventually, I realized how silly I was being. Mailbox was not making me more productive or efficient. I deleted the Mailbox app, went back to the built-in iOS Mail.app, and I haven’t missed Mailbox one bit! =P

Mike: I was the last one of the bunch to get Mailbox, so perhaps it makes sense that it was a funky formatting issues that I was having with Mailbox that led to the realization that I was the only one still actively using the app!

My threshold for Mailbox was fairly low – do what Mail App does, but give me Gmail push notifications. It seemed to do that, so I gave it a shot. It is definitely noteworthy that MailBox is a Gmail-only solution. I also still have daily activity in my .Mac mail, Yahoo and Hotmail accounts, but the reality is that nearly everything I care about is in my Gmail-based email accounts.

Instant notifications were an amazing thing for me – especially coming from four years of Android and getting used to push Gmail. I loved how the app worked in general and found the number of timely emails I missed dropped considerably.

One of the key items pushed by Mailbox is a clean Inbox – and I had over 55,000 emails in my Inbox when I started! That doesn’t count those I put in folders or archived! So I spent too many hours dealing with emails until I was finally down below 200 across both accounts.

It didn’t take long for the shine to start to come off the Mailbox app. What was first? The daily crashes. These started almost immediately, but at first I blamed it on my massive amount of email. But even when I was down as low as 75 emails I would still crash at least once a day. And then I ran into the attachment issue … which meant I was using other ways to get my mail rather than my smartphone. I also started ‘losing’ notifications. Hours after I came across an email and sent a reply I would get a notice about the original. Just not helpful when that was my main reason for the switch.

But what finally did it was the formatting. Someone had sent a formatted email for review, and I noted it looked ‘wonky’, and the comments back informed me that it wasn’t the message, but my email reader. After a discussion with the other editors, I switched back to the standard Mail app. A few days later, and guess what – I miss getting push notifications, but other than that good riddance.

Are you still using Mailbox, or have the quirks sent you back to your unorganized inbox existence? Let us know below!