Piracy limits the revenues a software maker can collect. It also limits the ability to update security and other essential services at the operating system level. This combination can result in all computer systems being less secure and potentially compromised. To battle this, particularly in piracy-rampant China, Microsoft is “offering free upgrades to Windows 10 to all Windows users.” 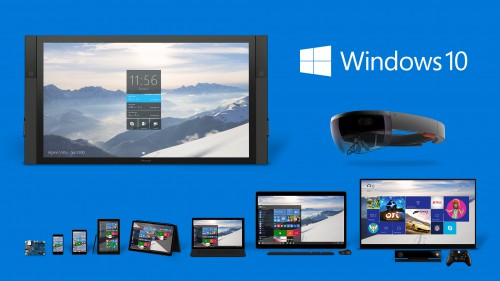 According to a report at Reuters:

“We are upgrading all qualified PCs, genuine and non-genuine, to Windows 10,” he said in a telephone interview with Reuters. The plan is to “re-engage” with the hundreds of millions of users of Windows in China, he said, without elaboration.

Myerson said Windows 10 would be released globally sometime “this summer”. That is the first time Microsoft has put a time frame on the release, although it has been expected in autumn, based on Microsoft’s release history.

Microsoft said in January it would offer free upgrades to Windows 10 for users of Windows 7 or later in an attempt to hold onto users and make up for lost revenue by selling services such as Office over the Internet.

Personally I have not paid to update anything to Windows 8.x, but with the new OS release I will definitely make the leap. To me the truly interesting thing about this move is the plan to upgrade non-genuine copies of Windows as well as those that are kosher. It suggests Microsoft truly means business.

What do you think about Microsoft’s move with regard to Windows 10 upgrades? Will it help them even as PC sales continue their decline year after year? Or is this just lost revenue chasing money that won’t appear?