One of the new features of Pebble Time and Pebble Time Steel, in addition to a color screen, is what Pebble calls “Smartstraps“. Basically, the new Time/Time Steel watches will have connectors near the straps that will allow the straps to add new hardware options like GPS or heart-rate monitors to the watch, making Pebble Time extremely upgradeable and modular. 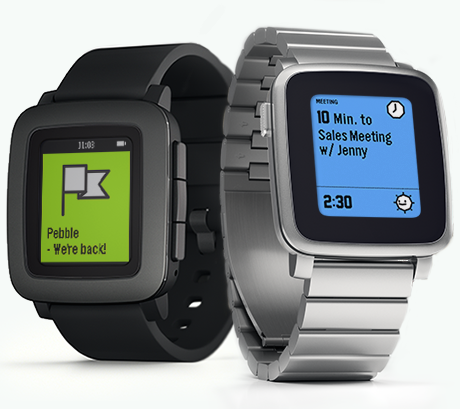 Pebble is quite excited about these new straps. In fact, they’re so excited they’re pledging 1 million dollars to help build these straps. Here’s how their press release says it will work (via Android Central):

If you have an idea and want to be part of the smartstrap revolution, this is your chance! Get a team together, build a prototype and then put your project up on a crowdfunding platform. Our team will work to help bring your ideas to life.

We monitor Kickstarter and other crowdfunding platforms for Pebble smartstrap-related projects, and we’ll back the best of them. We truly understand the value of backing projects in their early state, having started that way ourselves. From there, we expect many projects to evolve into products fit for wider release. To make sure we get see your project you can tweet your projects @Pebble or get in touch with our developer experience team by emailing [email protected]getpebble.com.

This is a very clever way for Pebble to generate interest. They show how engaged they are with accessory makers, they sweeten the pot a bit for accessory makers thinking about getting into Smartstraps, and they don’t have to put up 100% of the money to fund the straps. Instead, Pebble can sprinkle money into the best project, which will hopefully in turn lead to more crowdfunding success for those ideas, which will lead to high-profile Smartstrap accessories. This is on top of the fact that Smartstraps themselves are pretty clever. Pebble doesn’t have to offer every feature possible (and consequently drive the price up); instead they offer the base watch, and if you want another feature, buy the strap that adds it. I could see this being remarkably successful for add-ons like GPS. Slap the GPS strap on when you’re heading out for a run, and leave it home when you’re at a desk all day.

I also think there’s a bit of sneaky brilliance to the timing of this announcement. Pebble announced Pebble Time Steel after Pebble Time smashed all previous Kickstarter records, and their uptick in preorders post-Apple Watch led to even more publicity. Now they trickle out a bit more news, this time about Smartstraps, and once again Pebble gets free publicity. It makes me wonder what else Pebble plans to announce over the next few weeks!