One of the funniest and most quirky indie games I have played in recent years was Legend of Dungeon, which was cute and punishing all at once. The game grew out of a successful 2012 Kickstarter effort and launched in late 2013. Now they are returning with a FREE expansion to the game with a ton of new features!

Check out the updated trailer for the game:

The expansion is called Legend Heroes and it has two kickass things going for it: it’s free, and it’s awesome!

Legends Heroes adds in a pile of new content, like cowboys and chickens and bears, Oh my! 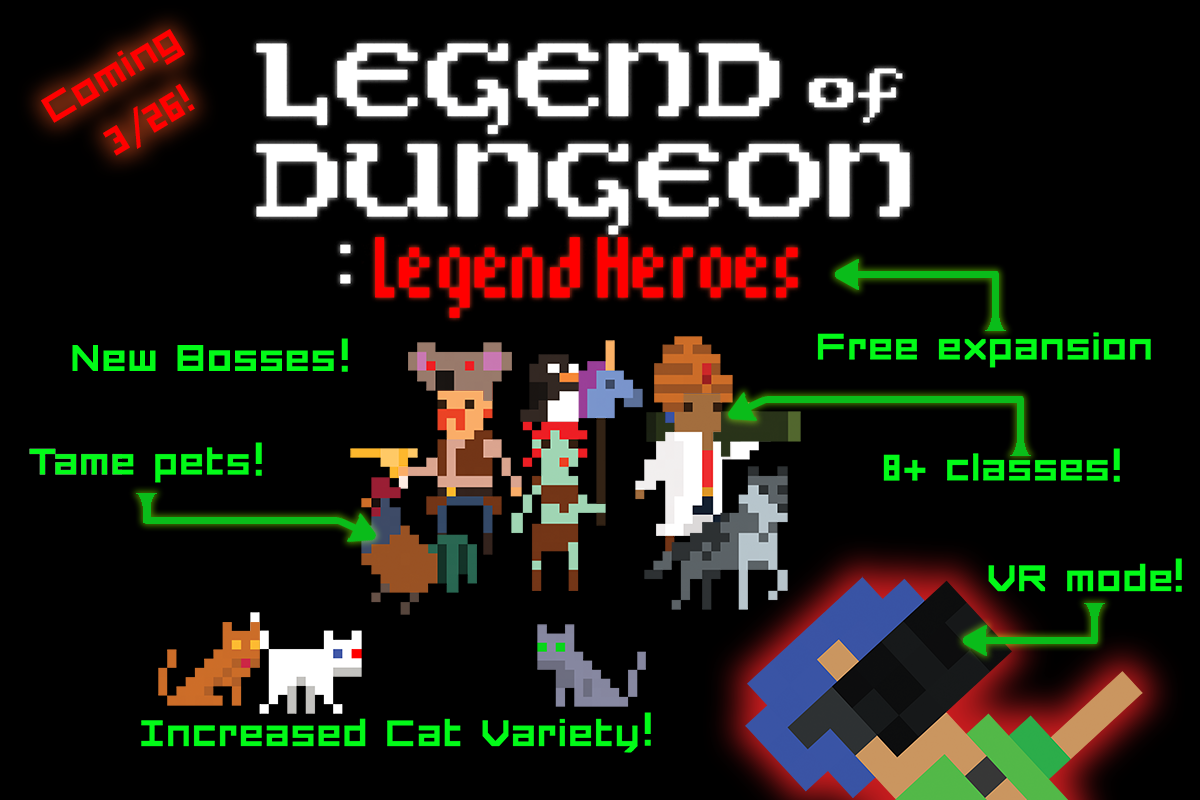 Indie studio Robot Loves Kitty is celebrating today’s launch of their ‘Legend of Dungeon:Legend Heroes’ free expansion by putting the game on sale, and giving their cats extra snacks! Tweet a picture of your cat getting snacks to @RobotLovesKitty for a chance to win a free copy of the game! 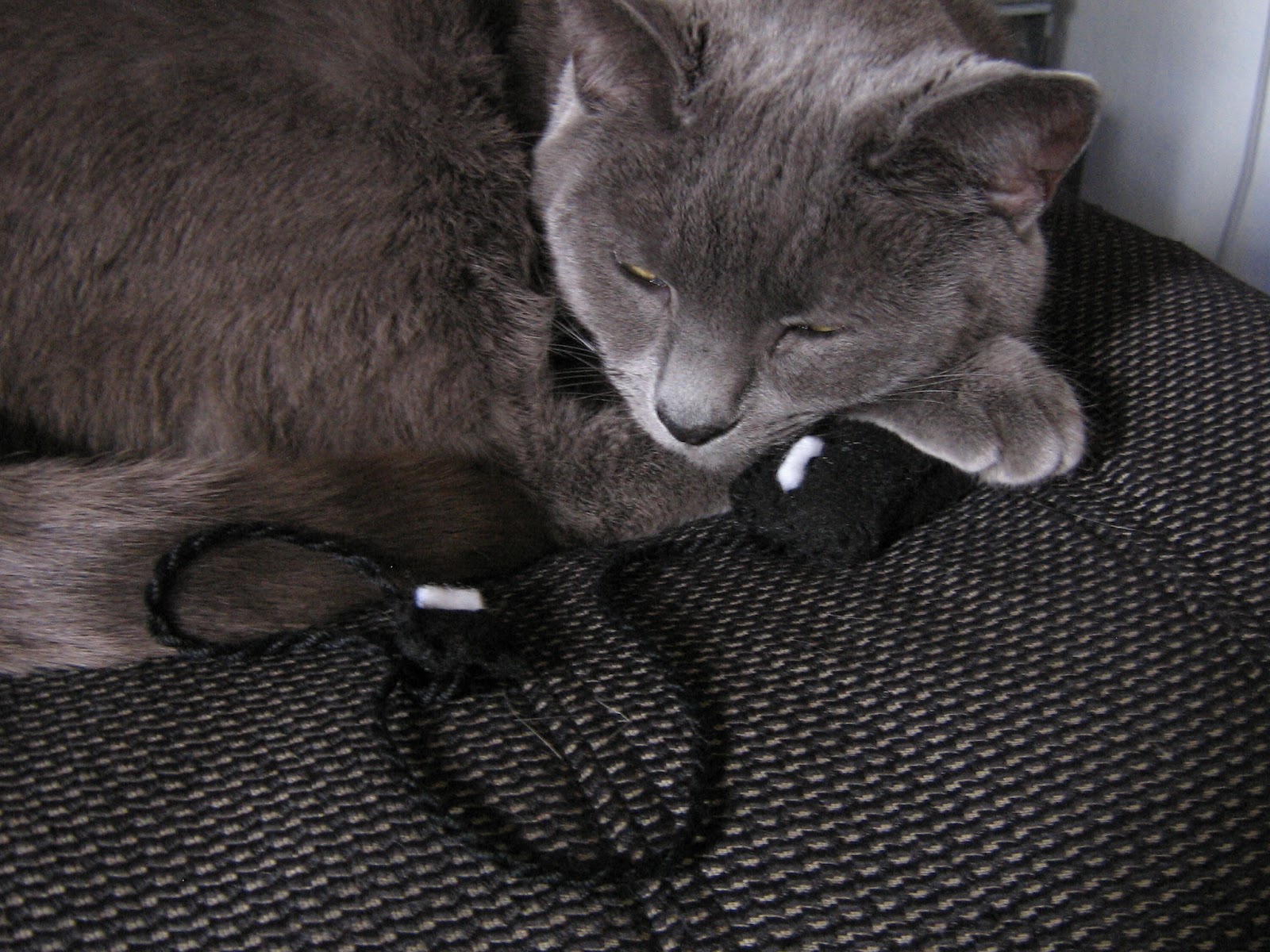 In the ‘Legend Heroes’ expansion, word of the Magic Dungeon filled with treasure has spread across the land. Many heroes now search for the promised treasure deep below.. but they too have disappeared amongst the cold stones.

Raid the dungeon together with creatures you tame, save the Heroes (if you can find them), and become a true Legend Hero (or something). If you play with friends in the 4-player couch co-op mode, you can be Legend Heroes TOGETHER! 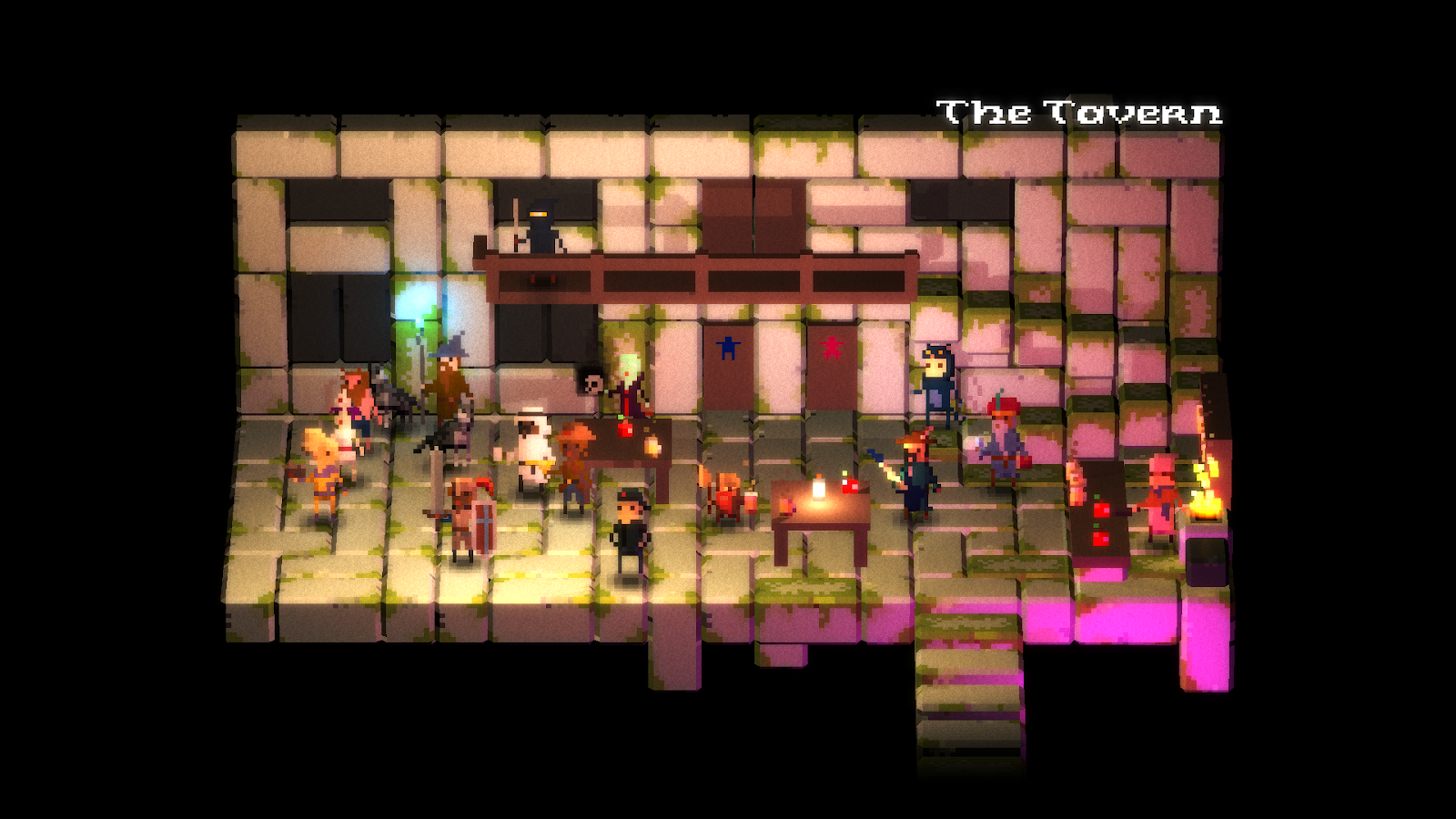 Legend of Dungeon is a lighthearted but deadly dungeon crawler with striking visuals, and procedurally assembled music. With this expansion Robot Loves Kitty has taken the classic Rogue inspired game to a higher level of awesomeness and death by adding Pets, Classes, VR, new bosses, and more. 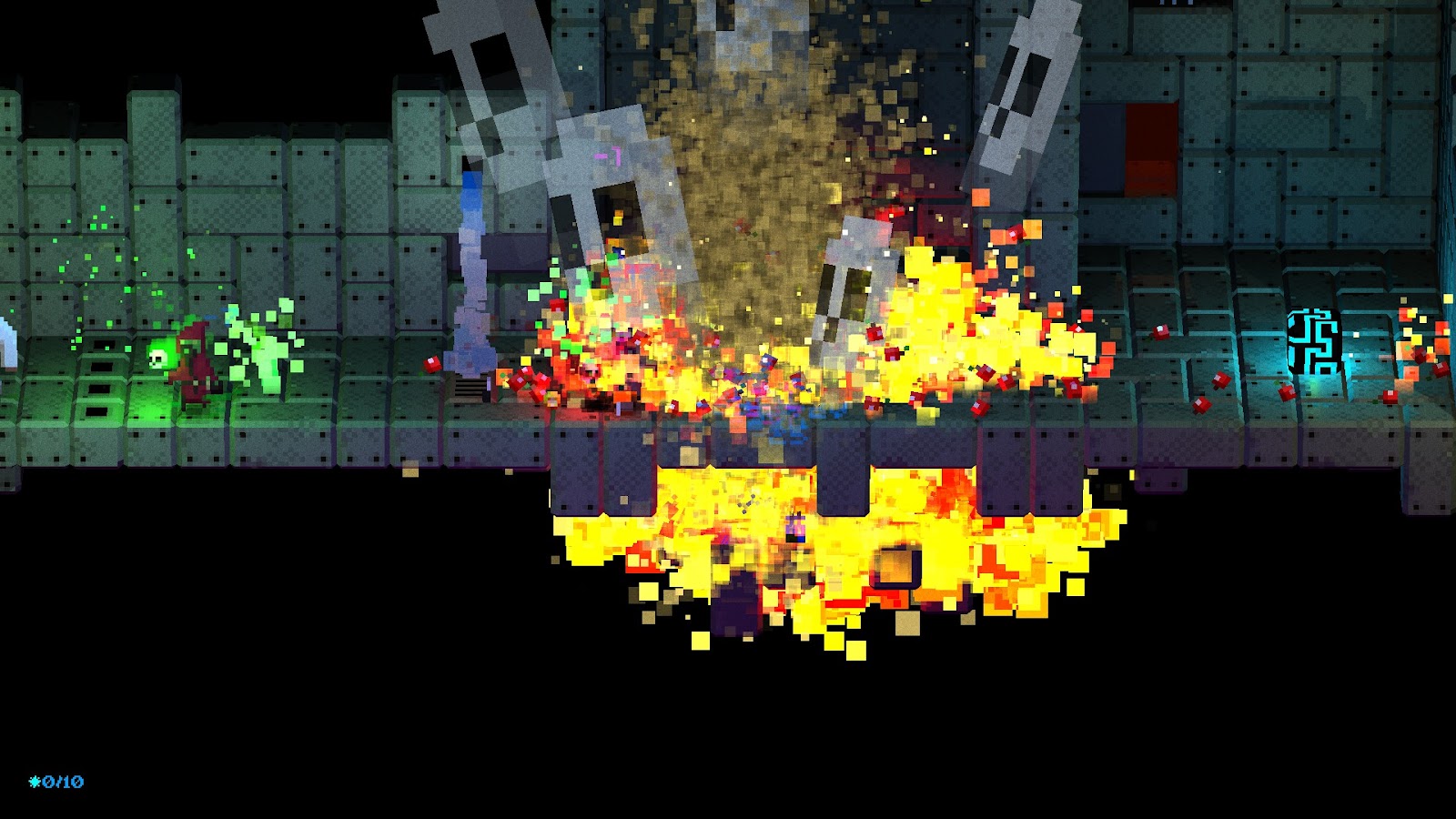 Thanks to the original Kickstarter backers, this expansion to Legend of Dungeon is completely free and automatically included in the game!

Classes: Find and save the 8+ lost heroes and they will permanently unlock as playable classes.

Pets: Tame wild animals (or die trying) and they will fight for you to the death.

VR: If you possess the mystical helm of Oculus Rift DK2, you can explore this 2.5D game with an extra 0.5D!

Full controller support: now with main menu support for controllers, and of course, complete customization from the menu.

Other changes and additions:

More music: New tracks have been added, now almost 300 tracks procedurally assemble each time you start a new game. The music is as changing as the dungeon itself.

Revised dungeon tiles: the dungeon now changes as you descend! From dungeony to downright weird!

New items: we won’t spoil it for you, discover them for yourself! 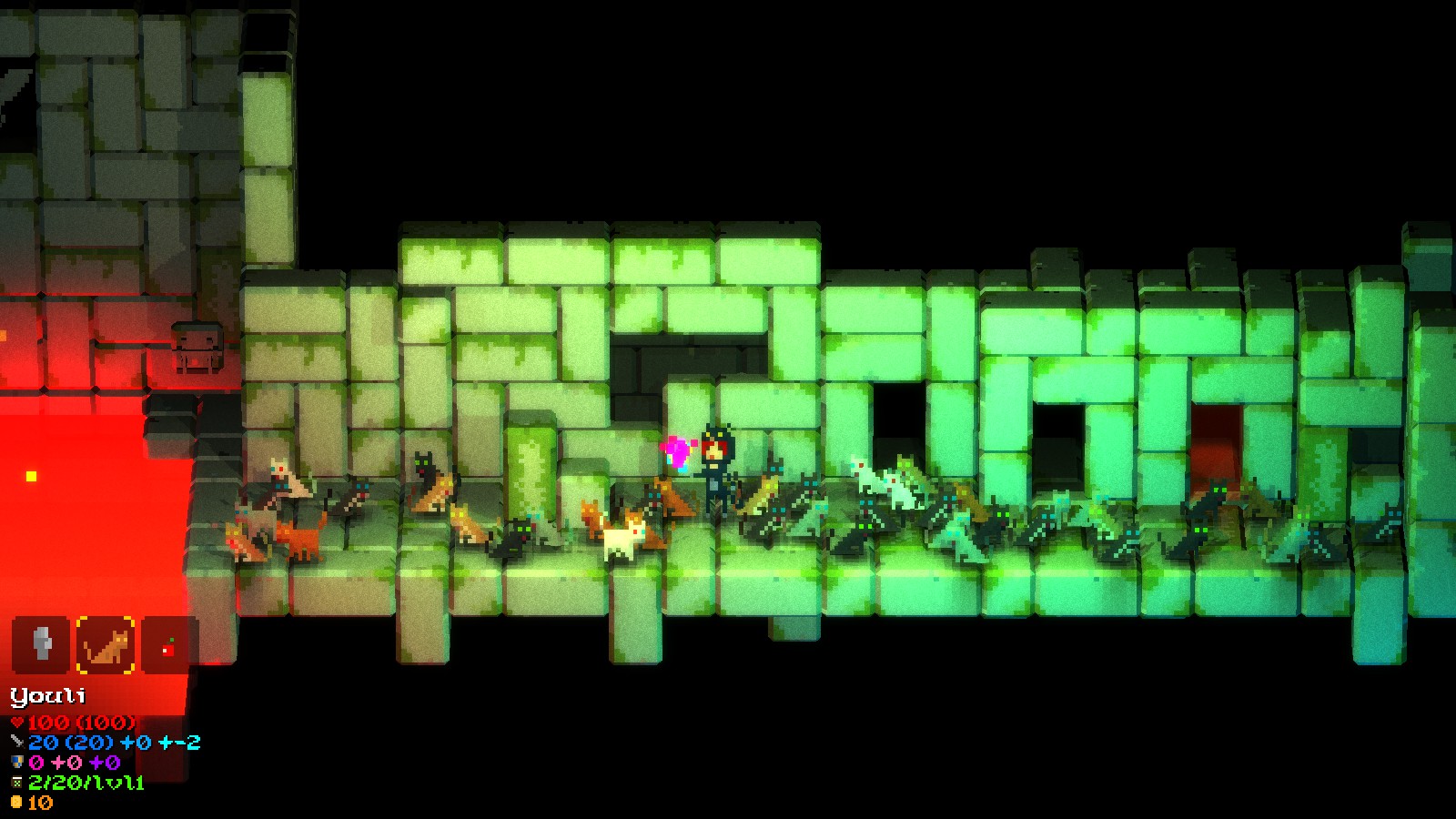 In true to ‘Rogue’ spirit, you must venture and learn the dungeon’s secrets on your own, for wisdom and mastery are your lasting reward, and your best shot at one day returning triumphant!

Legend of Dungeon is for PC, Mac and Linux, and is available (and currently on sale) on Steam, the LoD website and the Humble Store.