In January I reviewed Avernum 2, noting the iPad version Avernum 2 HD was set to release on April 15th. April 15th arrived, the game made it through Apple’s release process, but unfortunately iOS 8.3 arrived and broke the game. Rather than fix the game, Spiderweb Software has pulled the release, refunded money and cancelled all future iOS development. 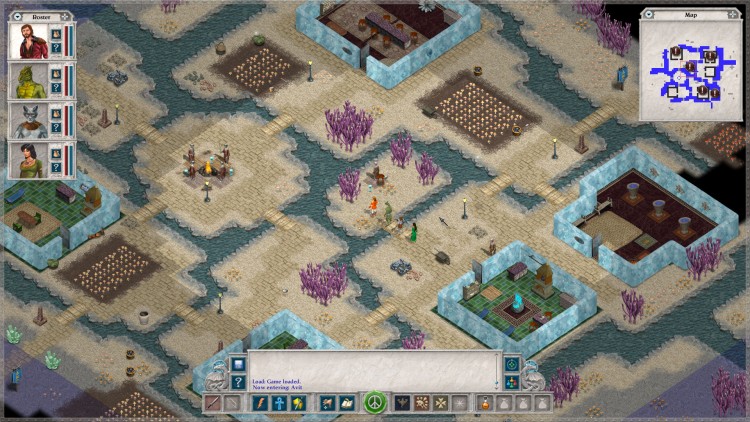 After release on the Spiderweb forums Jeff Vogel noted that a game-breaking bug existed in the freshly released Avernum 2HD:

There is currently a serious bug in the newly-released Avernum 2 HD for the iPad. For some reason, the game is having trouble registering touches on parts of the screen. Rotating the screen can return functionality temporarily, but the game is pretty messed up.

It seems that what happened is that the game worked correctly on iOS 8.2. However, it is broken on iOS 8.3, which came out while the game was in Apple certification. Now that we know the problem is there and we can reproduce it, we will hopefully track down the bug and get a fixed version to Apple very soon.

We are very sorry for this problem, and we ask for your patience while we try to fix this mess. We hope to have better news soon. Watch this space for updates.

But then he followed up with an edit of that post saying “Avernum 2: Crystal Souls HD has been cancelled. To learn more about why, go here.”

Not just that – he declared that aside from cancelling Avernum 2 HD he was cancelling all future iPad development. Here is that forum post:

After several years of good time, we at Spiderweb have come to the sad conclusion that we can no longer develop new games for the iPad. The iPad titles currently on iTunes will still be available as long as we are able to support them. As soon as Apple makes changes that makes it impossible to support them, they will be removed.

There are a few reasons for this decision.

1. Competition on the App Store has risen to a frenzied level. As a result, sales for our games has dropped massively and the cost of advertising them has shot through the roof.

2. Changes in iOS 8.3 completely broke the engine we have been using for the last several years. To continue development would requiring licensing and learning a whole new engine, and the low potential earnings just doesn’t make it worthwhile.

3. Honestly, the complexity of every single thing we do has shot up in the last few years. My brain no longer has the time and energy to deal with Apple forcing me to relearn how to program every few years. This is, of course, my failing.

We know a lot of fans will be disappointed in this decision. Believe me, we’re really unhappy about it. And this may not be permanent. In a few years, we can look at the marketplace and the technical requirements and rethink things. For now, though, this is the only decision that makes sense, and we apologize to the fans we’ve disappointed.

The more direct technical reasons behind #2 are noted (and challenged) here on Twitter. I am not going to debate anything he says – because quite honestly (a) his reasons are his and (b) even if #2 is disingenuous (or flat out untrue), reasons #1 and #3 are large enough to justify a successful Mac/PC indie developer focusing on what works best for him and brings him the core of his income.

Because ultimately what I want as a fan of his games is for him to do what makes him happy and keep him motivated to continue making great new indie RPG content for fans such as myself. Which is EXACTLY what he seems to be doing, as he has just launched into his next game – Avadon 3!