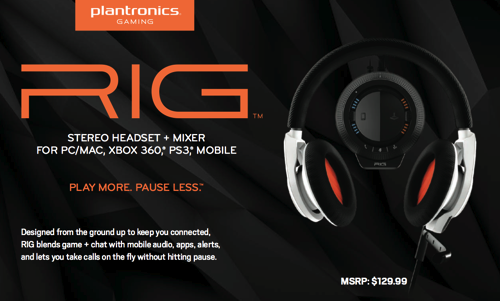 Plantronics has a message to gamers: “If you’re into your games AND your mobile devices, we’ve got the headset for you!” The RIG headset and mixer audio system let you play interactive video games, take calls, and listen to music from your smartphone or tablet. It’s the first member of the RIG family of gaming devices, and it is coming this fall for $129.

Plantronics is known for their mobile accessories and they make great ones. The company’s headsets are about the most comfortable and feature-packed you will find. But there’s a playful side to Plantronics as well, and that’s the big news this evening. The company is taking a huge bold step into the gaming market, they and have an upcoming line of gaming products, RIG. As they explain, “RIG products are designed to help today’s multi-screen and multi-device connected gamers manage their digital life. RIG systems blend superior game audio and chat, at home and on-the-go, with mobile audio, music, and apps, and lets users take calls without hitting pause.” That means RIG products will let you multi-device (as opposed to multi-task) and be connected to two or more devices at once. 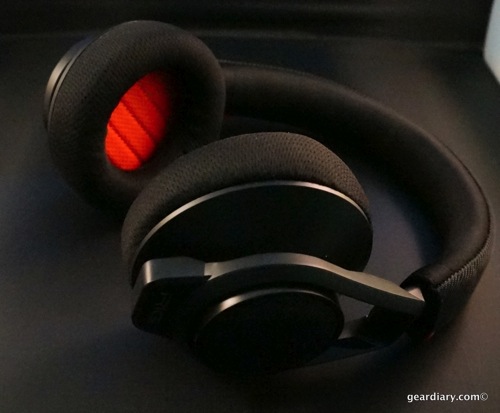 The first product in the line is the RIG headset. This is the headset for anyone who loves to play interactive games, but also is looking to be connected to their cell phone or tablet at the same time. The key is the RIG mixer, which allows you to toggle from one device to another and adjust the volume of each. It’s a pretty complex system at first, but if you want to be able to play and be connected, it’s worth the time and effort to learn about it. 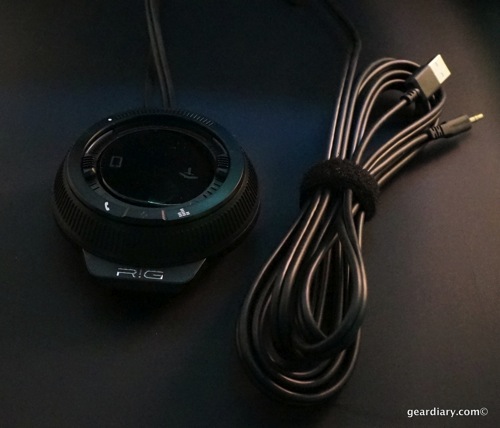 The key to the RIG headset is the audio mixer. It lets you connect up to three different devices at one time, feeding the connection to the RIG stereo headphones. The headphones themselves are quite comfortable and sound great. I’ve tried them in a variety of situations and, while they are big and bulky, they are comfortable when used for an extended period of time.

The RIG stereo headset and mixer empowers players to focus on the game by managing their mix, their way. With a smartphone connected to the mixer, switching between game chat and taking a phone call on the fly is simple, with a touch of the paddle. Inject an alternate soundtrack by firing up stored or app-based music in place of the game soundtrack from a connected smartphone or tablet. Dial in a preferred mix of game and smartphone sound – calls, music, and app notifications – for a fully customized audio experience. 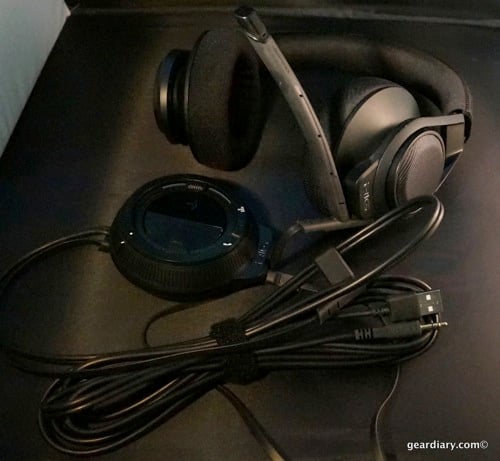 Getting the proper arrangement of cables can be a bit confusing, but once you have the system set up you can become submerged in your interactive game but also know when a call comes in. Then, if you want, you can take the call but keep playing. And while this could be seen as rude, I can see this being rather handy if you are caught on a level and need to “phone a friend”.

– Innovative mixer: The heart of the RIG system, the mixer, seamlessly connects the virtual world and the real world. With a punch of the paddle, take calls without pausing the game. Twin sliders enable gamers
to find the perfect mix of game audio, voice chat and smartphone audio.

– Interchangeable boom and inline mics: The noise-cancelling boom mic blocks background noise for clear conversations. Swap it out and plug in the stealth inline mic with mute and call control – for music, chat
or gaming on the go.

– Street style industrial design: The headset’s sleek styling reflects its premium performance and active ???lifestyle orientation. A gaming headset that looks as good on the street as it does in the living room. 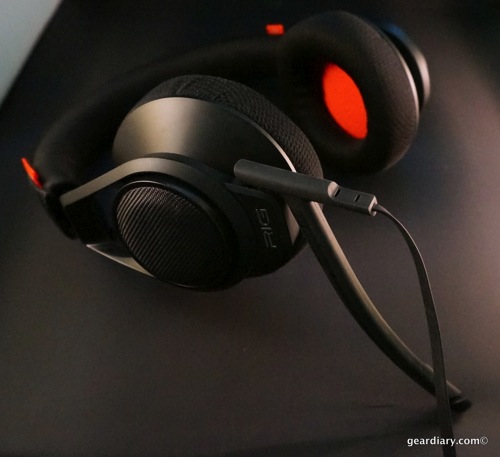 With a complete system of headset, mixer, convertible cables, and two-way access to smartphone audio and voice communication, RIG gives users the power to integrate their lives with an ultimate gaming audio experience. The RIG audio solution is unique in the marketplace, delivers a premium system at a value price, and is a terrific launch pad for the RIG franchise.

I’ve been trying out the headset with a few different devices, and I have to say that it has a lot of neat features and benefits. First, the earcups are large, but they’re also quite comfortable, and they sound quite good. The mess of wires initially bothered me, but I’ve gotten used to it; the fact that you can literally mix different device inputs and toggle between them is something that’s going to be appreciated by today’s multi-tasking, attention deficit gamers. I expect that some serious gamers might be interested in RIG, but I really see it targeted more to people like me who enjoy their games but fall short of the moniker “gamer”.

Check them out here: Plantronics Headsets and Accessories