For only $39.99 at Amazon, the Intocircuit 2nd Gen 15000mAH Smart LED External Battery offers you not only an extension to your draining smartphone or tablet, but the full speed charging, dual USB output offers up the ability to charge an iPhone 5s seven times, a Samsung Galaxy s5 more than four times, or an iPhone 6 Plus twice. When you need that extra 20-30% to keep you going, this is one that for sure will keep you going.

When I first opened the box for the Intocircuit, it reminded me of more of a remote than a battery charger with its metal-like frame and the LED display but to be honest, I like the overall look of it. After opening the packing it comes with the actual Intocircuit 15000mAh power bank, a micro USB cable which is about the normal length you’d expect from like a Mophie cable. Also you receive the typical user manual and a warranty card that lasts for 18 months. 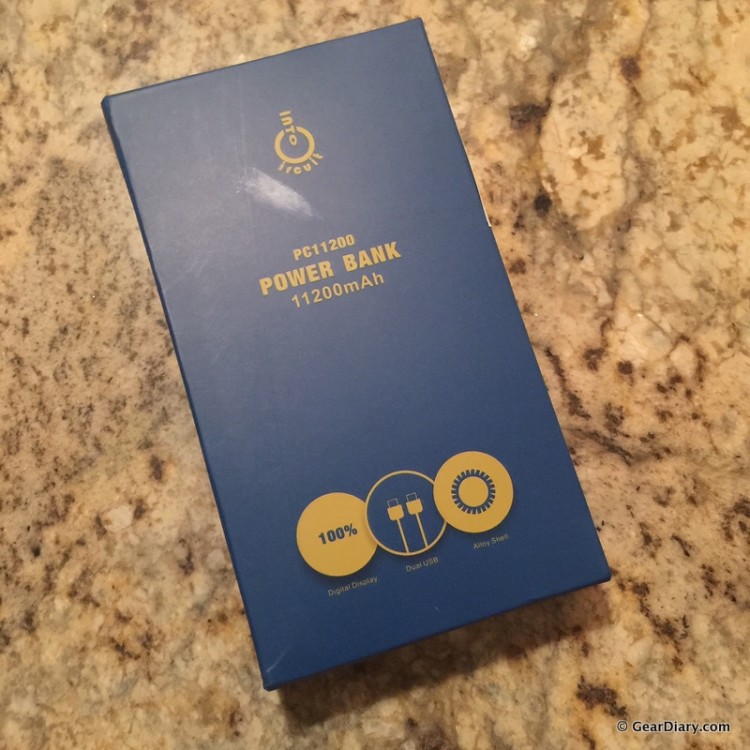 According to Amazon, the Intocircuit can pretty much charge anything you throw at it, but highlights the bigger names including the iPhone 6 & 6 Plus, And the iPhone 4s, 5, 5s, and 5c. It also can charge up the Samsung Galaxy S series from the 3rd generation up to the S6 edge. But for me the highlight is the fact that it can charge the iPad and other tablets. With the summer in full swing, traveling is going to be rough for someone who totes not only an iPhone 6 Plus, but an iPad Retina Mini, both that have larger batteries which require more charging. 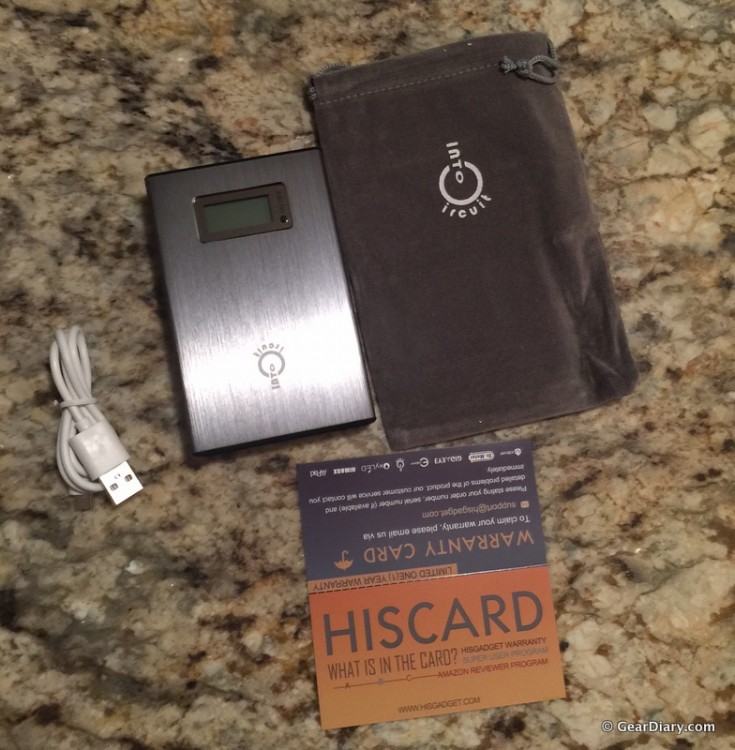 The charger I used to use was only 8000mAh, and honestly, it was horrible. If I did not charge the device itself with its own charger it would simply not charge. And as forgetful as I am, I don’t want to have to try to find that ONE cord in a drawer full of other MicroUSB cords that I’ve been collecting since my Blackberry days. The fact that the Intocircuit can be charged with any MicroUSB is great! 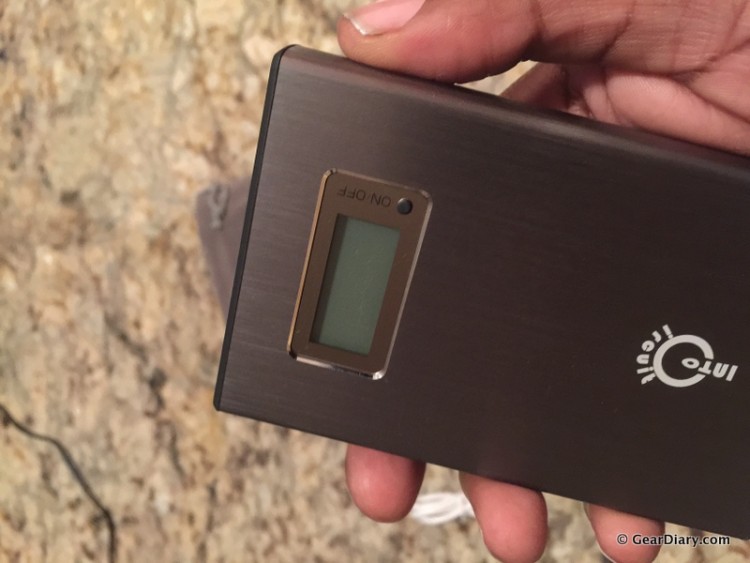 Where this battery really stands out for me is the LCD display. The fact that it already comes with a large power capacity, I found it original to be able to see an actual percentage instead of “two or three bars”. Being someone who still leaves the battery percentage setting on my phones, being able to see it on my battery pack is awesome. The blue LED backlight makes it easy to see during the day or even at night and I enjoy that. Being able to say “well the battery pack has 55% remaining” goes a long way, versus the guessing game of the dots on say a Mophie or a Samsung charger. 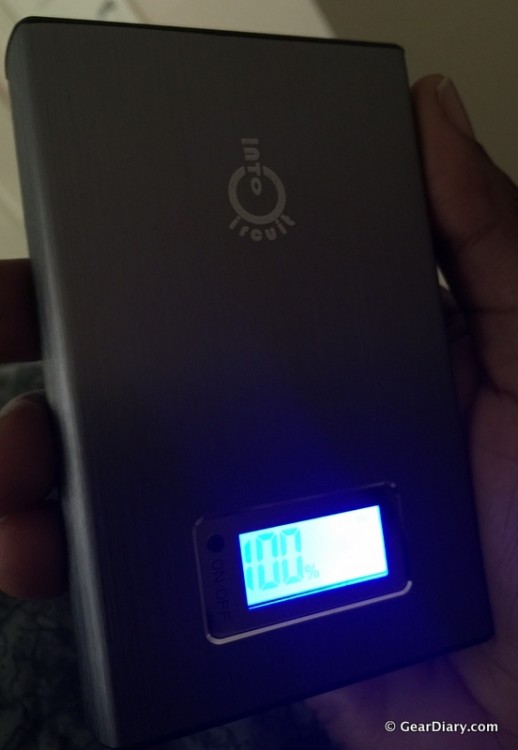 But surprisingly enough, when charging my iPhone and iPad together, with both at or around 30% battery life, the iPad Mini charged up to about 80% and my iPhone 6 Plus charged to 94% before needing to charge. Also I do have to note that when I charge my devices I tend not to actually use or check them until they get to above 90%, so maybe that’s why I received such good numbers. 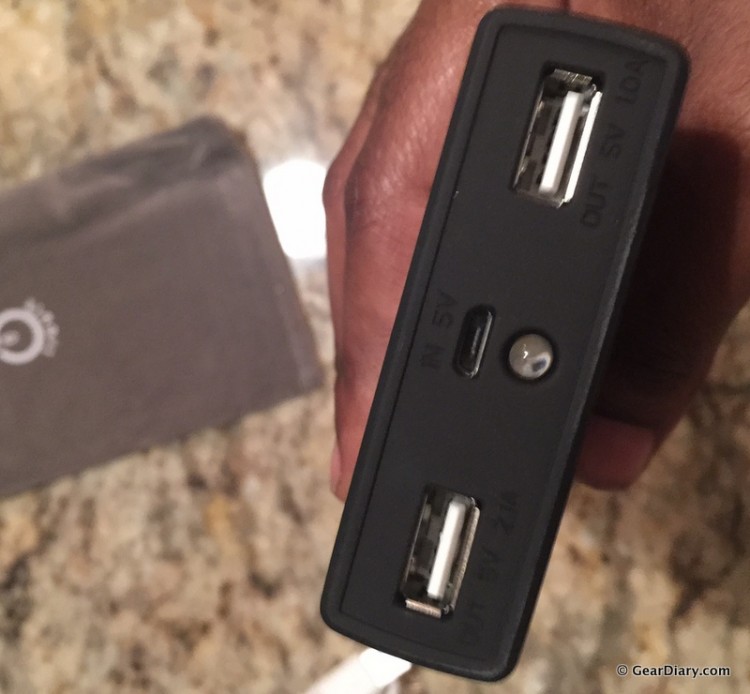 A few issues that I did have with the device is I could not charge the battery pack and my devices at the same time. I attempted to charge my iPad while charging the Intocircuit and it never lit up. I let it sit for about 30-odd minutes and actually nothing changed on my tablet. My iPhone 6 Plus was the same way, although it would light up when I plugged in my lightning cable. Maybe in the next version things will change with this.

Overall, I love the look and feel of the battery pack, the size isn’t bad for the amount of charge you’ll get, especially when you measure it’s competitors. The LED screen is the selling feature for me, and I wish more battery packs did this.

You can purchase the Intocircuit through Amazon now for $39.99.

What I like: Not too bulky, Excellent battery life & the dual USB ports make charging two devices lovely.

What Needs Improvement: I would like to see a 20000mah or greater version