When the youngest grandbaby comes over for visits, he (nearly two now) heads straight for the iPad or smart devices, and the four-year old plops down in my office chair at the computer. I see this and wonder, does anyone make “real” toys anymore and if they did, would today’s kids be interested in them? Hasbro has that answer. 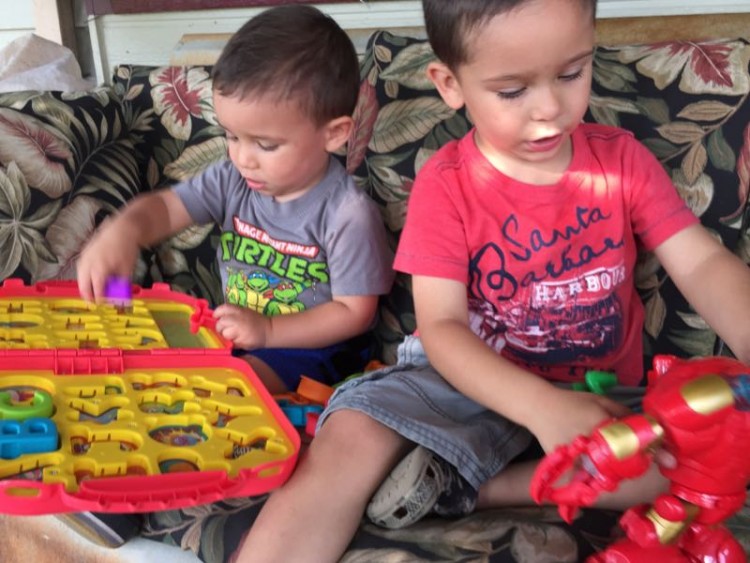 Hasbro Toys still makes “real” toys – the kind that don’t plug in, don’t require batteries, and don’t need to be connected online. They recently sent along a couple of samples from the Spring 2015 collection in the form of the Super Hero Adventures Stark-Tech Armor Set and Elmo’s On The Go Letters. 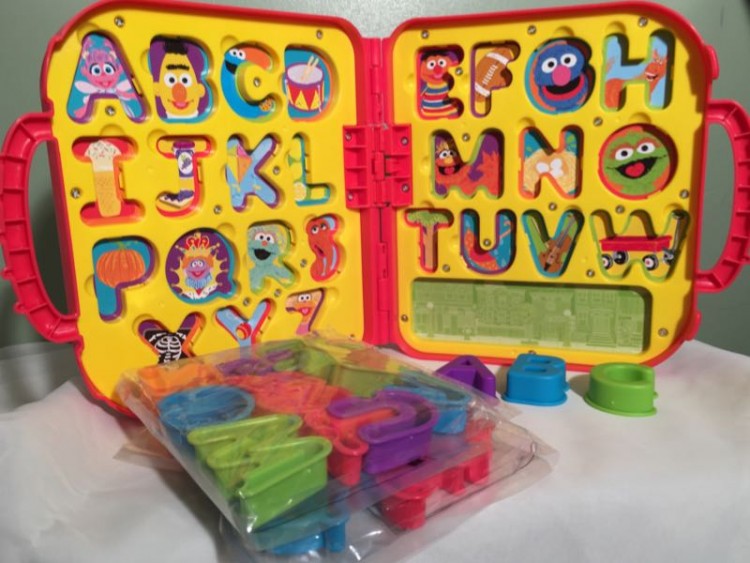 Elmo’s On The Go Letters

The youngest was immediately drawn to Elmo of course and began tearing into the alphabet set even before “Pop-Pop” could get all the letters out of their packages. The images of favorite Sesame Street characters under each letter holder made quick and easy learning for RJ. The set is recommended for children 2-4 years of age and carries the price of $16.99. A plastic case keeps everything together, making this a perfect companion for summer travel and getaways. We love it as grandparents because it is educational and it easily stows in the toy area. 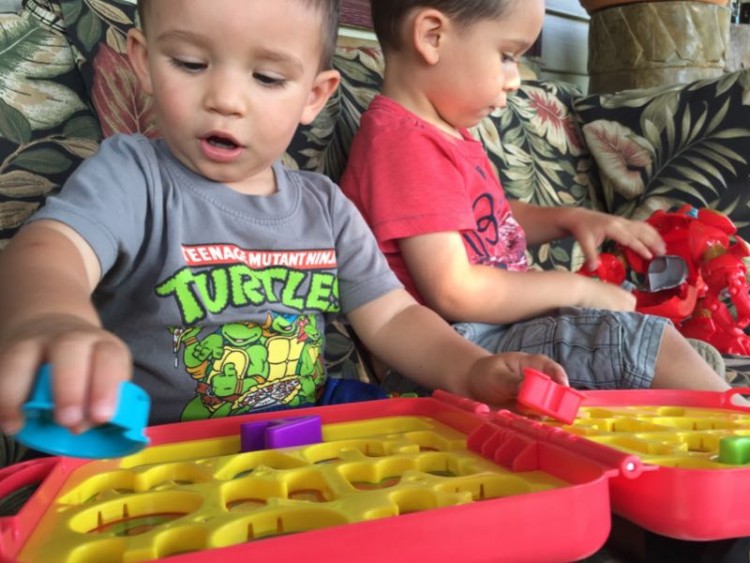 There were a couple of minor things with the alphabet set that stood out in my mind. First, I needed a “cheat sheet” for the characters as I only recognized about half of them. And some of the letters were a bit tight to snap out for RJ’s little hands. Other than that he has fun playing with Elmo’s On The Go Letters and not just because it has Elmo on the front of the carrying case. He seems to be uniquely proud and happy when he gets the letters in the correct spaces. 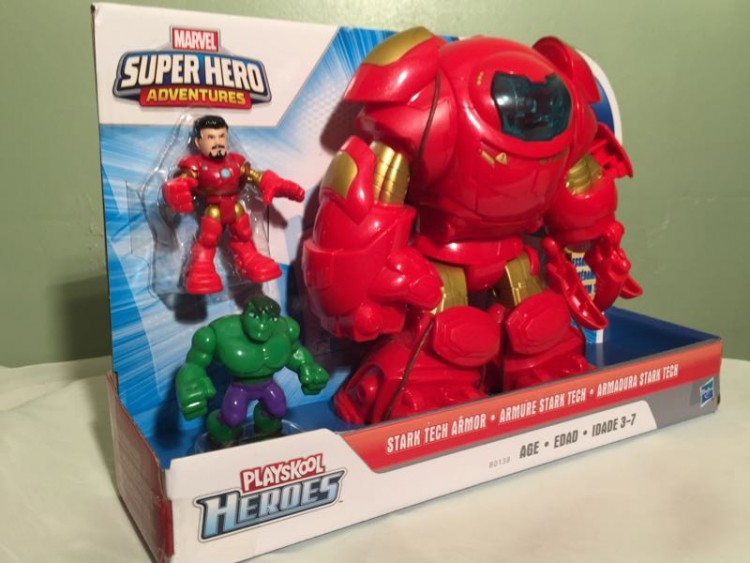 Truth be told, Elmo did not stand much of a chance when he was lying next to Tony Stark, the Iron Man armor suit, and the Incredible Hulk action figure. Educational toys can be fun but this is the summer of Super Heroes (again) and the boys quickly went to work on this new Hasbro toy set. 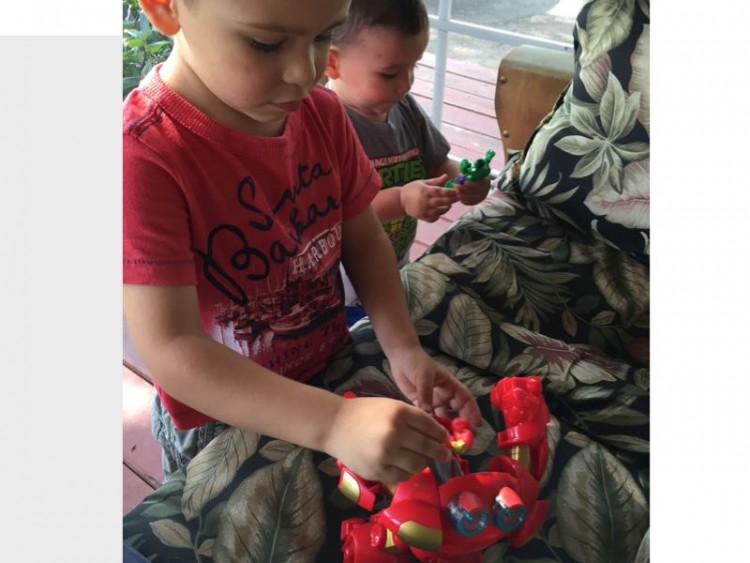 What is funny is that the older grandbaby asked right away where Iron Man’s mask was as the Tony Stark figure is in most of the suit. I had to explain to him the new armor suit had the helmet features built in to its face mask and when I showed him how the suit opened up to reveal Tony Stark’s perch he got that look on his face again, the one where I was no longer needed and he would take it from here. 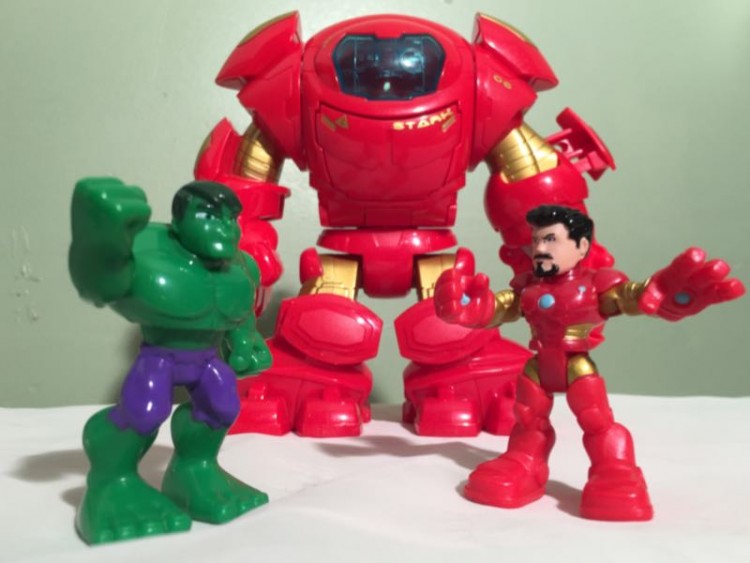 No sooner did he figure out the armor suit then Hulk (a.k.a. little brother) came crashing the party. The Hasbro Hulk figure features a spring in the body so he can attempt to fly into the armor suit to attack Tony Stark. The kids really enjoyed watching Hulk go for a spin in the armor suit claw. The action on the claw feature was light enough that they could do it themselves once they figured out how to get Hulk into the spring-loaded claw. 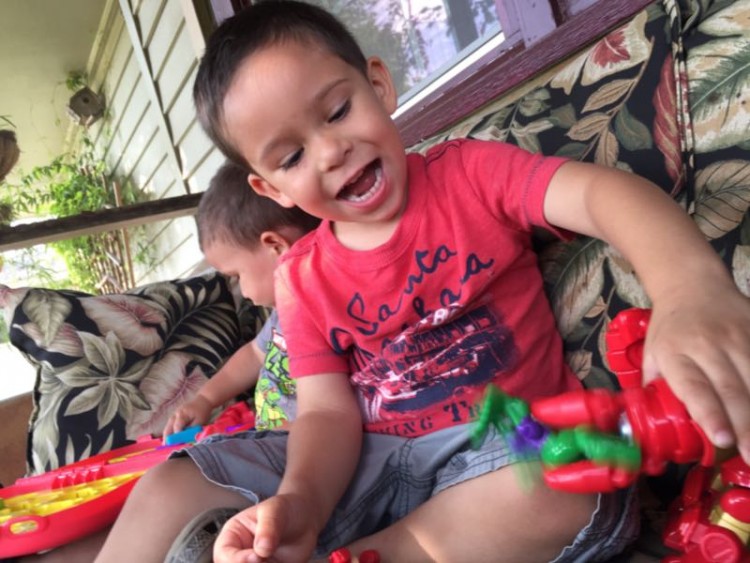 The price for the Super Hero Adventures Stark-Tech Armor Set is $19.99 and it too does not require batteries, assembly, or any online connection or app of any kind. It is recommended for ages 3-7 and both our little guys gave it two very enthusiastic thumbs up.

You can find more information on these and other toys at the Hasbro Toy Shop.