Late in 2014 the social media site Ello launched as a sort of ‘anti-Facebook’; no ads, no tracking, no user mining, just user-centric social interaction! The launch generated hype and interest, which quickly dwindled once people started using it! The features continue to grow, and now Ello has launched an iPhone app! Will you try it again? 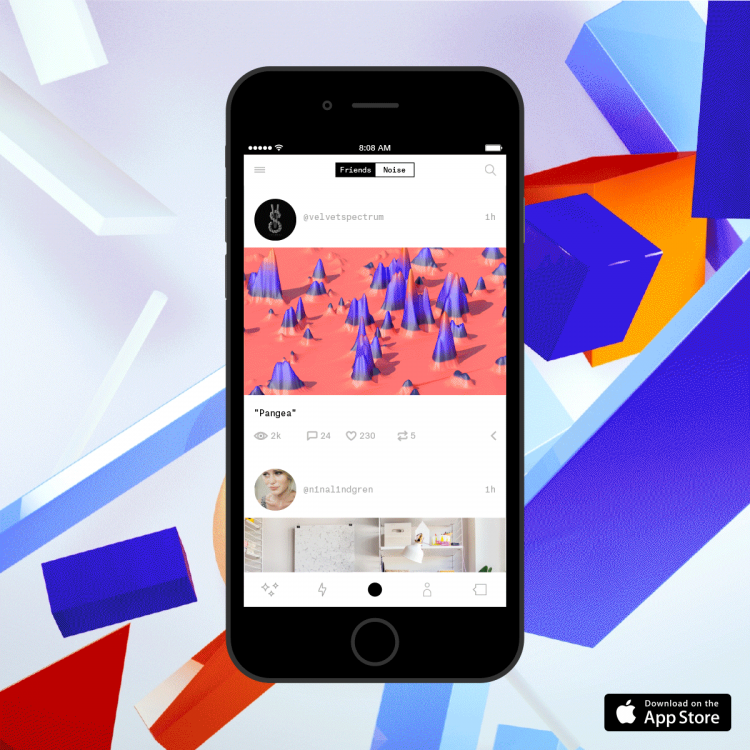 Like many folks, I jumped right in as soon as I got the ‘invite’-made the account, hooked up with Judie and Joel, made a post and…nothing. There just wasn’t a lot going on, the interface and feature set was, um, ‘bare bones’ seems generous. And because of the low engagement – and also the lack of a defining FUNCTIONAL feature to pull me away from Facebook, Twitter, Instagram, and Tumblr – I simply stopped using Ello.

I learned something – not having ads is a great thing, but it is NOT a *functional* feature.

Then I tried again a couple of months later, and again when I heard that they were launching a mobile app. And now I have started trying to use it again with the iPhone app.

You can sign up for the site here and download the app here. You can also sign up inside the app, connect to existing members and then invite people to join from your contacts.

Ello is also working within Facebook to highlight users of just how downright creepy some of the targeting can get:

“Starting today, Ello has begun an ad campaign on Facebook that points out problems with ads and data mining on social networks.

To say this another way: just for fun, we’re taking out ads that point out the problems with ads!

“We decided to use Facebook’s powerful ad targeting tools to target users by real name, email, age, sex, hometown, buying habits, political affiliation, religion, sexual preference, and even by scanning personal messages — to place highly customized ads that point this out to the people that see them.”

Ello was named a ‘Best New App’ in it’s first week, and it is hoping to leverage that to grow the userbase and engagement. It is discussing upcoming plans such as direct and group messaging as a way to get more people hooked. Right now the app experience reminds me more of Tumblr than either Facebook or the text-only initial launch. That isn’t a bad thing in my opinion!

1. Download the Ello iOS app. Rate it if you love it!
2. Invite and find your friends. If you’re on the app, you can connect to them using your contact list.
3. Share Ello posts you love & tell your friends on whatever other social networks you use.

Right now Ello is iPhone (and iPad) only, with Android and Windows Phone apps launching in the coming months.

Here’s the thing: the app is free, setting up an account is free – and you KNOW your information isn’t just being sold off! So I recommend that you download the app, sign up, see who you can find to communicate with, and THEN make the choice. What harm could there be?