Google tracks everything we do. It’s common knowledge that they use web search, emails, and general use patterns to tailor advertising to their users. But Google is always looking for ways to gather even more data, and if you’re an Android user one of those tools is Google Opinion Rewards, an app that pays you to take Google Surveys. 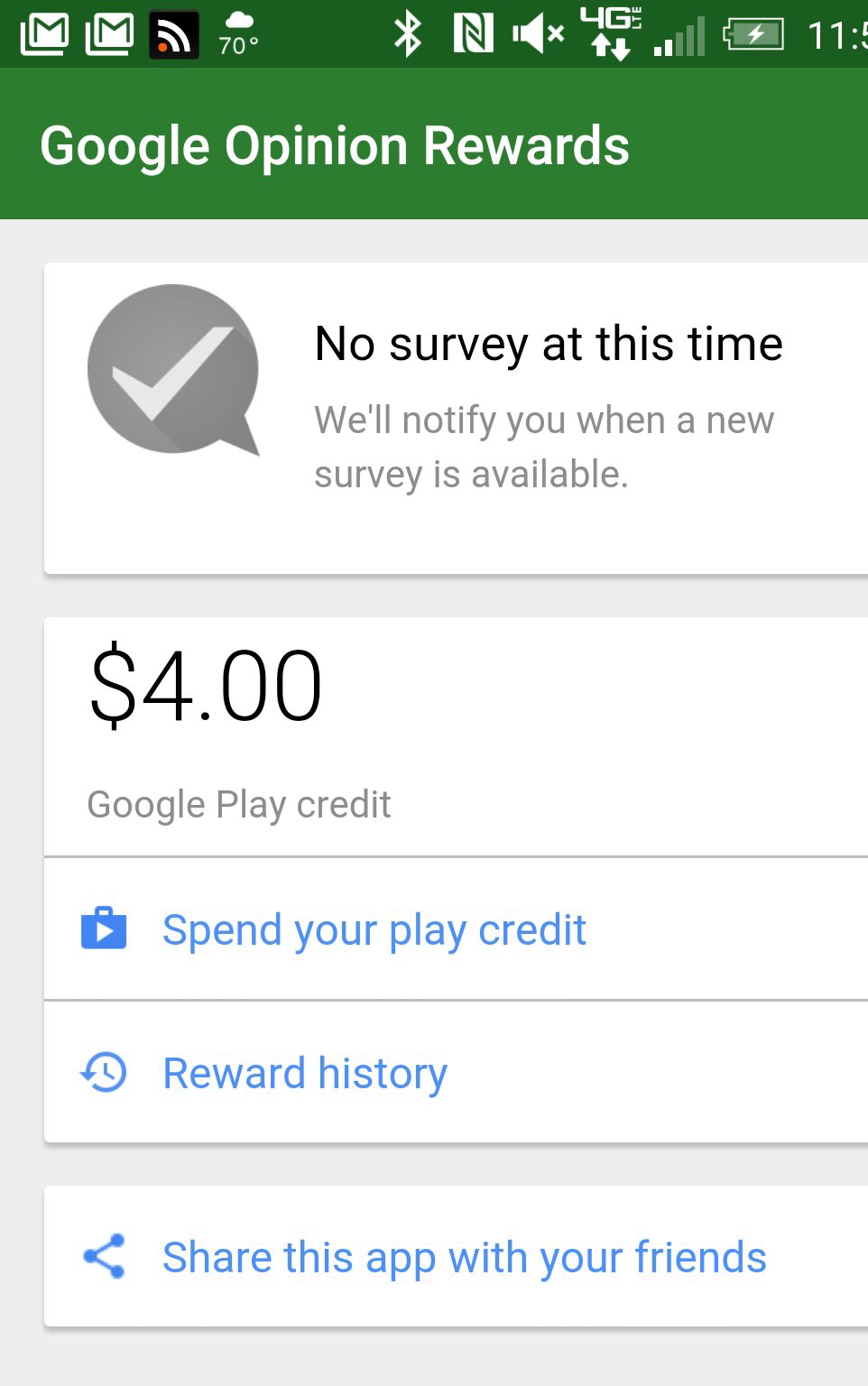 Now, you’re never going to be rich using Rewards. Most surveys pay $0.10-0.20 per survey, but on the other hand the surveys are often no more than 5-6 questions. They tend to be pretty bland; a typical survey might ask if you’re interested in buying a new car soon, and then follows up with asking what type of car you’re likely to look for, how many cars does your household currently have, etc. I’ve also had it ask me a few times if I’ve traveled to certain stores recently, and if so, what mode of transportation I used. Basically, Google is looking for ways to fill in the gaps on their demographic data. They may know I live in a middle class neighborhood and have a kid, but if they also know we own two cars and drive to most of our errands, they can better tailor their ads and determine more of what we might be responsive to in the future. It’s a little creepy, but Google is going to track me and try to pull together that information anyway, and this way I get paid for it!

I’ve had two to three surveys per week since I started using the app a few months ago, and the extra Play credits have been great to have. I’ve bought games for my phone, a book, several TV shows to keep on our iPads for when we travel with our son, and since Google Play is now on Roku, we can also use the credits to rent movies or buy television shows we’ve missed since we cut the cable. Altogether I’ve earned $18.64 in Play credits since April!

Is it creepy? I can see both sides of this. On the one hand, Google is a data-hungry machine, and every survey I take gives them more and more details about me. On the other hand, Google is trawling my accounts for that information anyway, and if Google isn’t doing it then Facebook, Apple, Microsoft, and everyone else are instead. A few Play credits per week adds up quickly and makes for a nice portfolio of entertaining media for my family!