You can ask anyone about one thing they would love to change about their cell phones, and most will tell you: They’d like more data, and a lower bill. As someone who has been grandfathered in on data, I know for a fact that having to pay full retail for my phones every two years sucks.

So when I had the opportunity to review a smartphone from GIV mobile, I will admit I was a bit concerned about using a provider that I never truly heard of before.

I have a co-worker who told me she refused to lose her flip phone until she could find a smartphone that didn’t cost an arm and a leg, and still had unlimited text messages and phone calls. Both of these are something that GIV offer for a VERY low price. GIV Mobile sent me over the Blu Advance 4.0 White, which is an Android device sporting a 4-inch display, 5-megapixel rear camera and a VGA front camera while sporting Android 4.2 Jellybean. Now sure, this isn’t the latest Lollipop update, and the features aren’t much, but this is a perfect smartphone for someone like an elder relative who doesn’t want too much from their smartphone other than calling and texting. My grandmother, for example would be perfect for this. So I tested it on her. 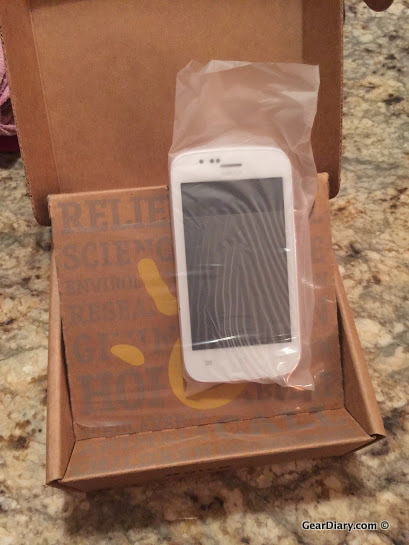 After letting her know that the phone would be unlimited texts and calls, the first thing she asked me was “how much a month?” Surprisingly the price tag for this with UNLIMITED data is $60 a month, which is pretty much NOTHING you’d see from a competitor… take that Verizon. Living in Washington, DC, the next big thing is “well how good is the coverage”, and I can tell you now, that’s where things get interesting. 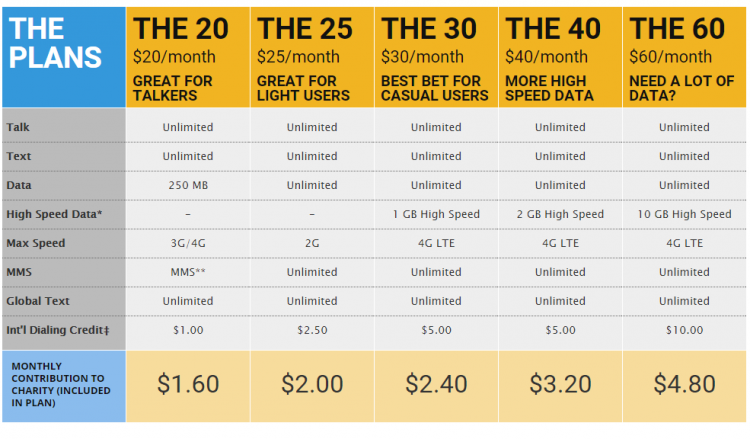 Looking at their coverage map on their website, all of the popular areas like California, Boston, Washington DC, Florida and bigger urban states get a bulk of the good network, but if you’re in places like Montana, Canada, and even spots in Oregon and Nebraska, this is not a service that will work for you at all. 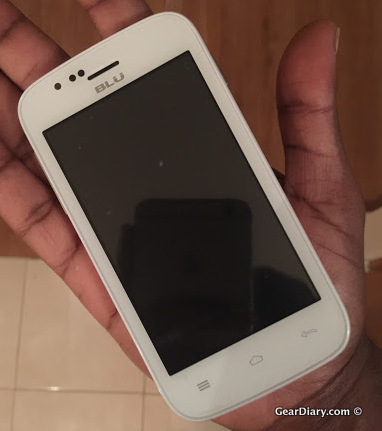 Going on a trip to California, I took the phone with me on my journey and attempted to make a few calls, all which sounded very crisp and clear. I had the opportunity to try out the $30 a month 4G option which GIV states is great for casual users. Me personally.. I breeze through 10 gigs a month on average, between downloading apps and testing them for the site, or simply streaming videos and music, unlimited data is a must. GIV has options from $30 and with high-speed capabilities that get “throttled” after a certain amount. Think AT&T, but a shitton more transparent. For $60 you can have your high-speed internet slowed down off after using 10gb on high-speed. Either way, 10GB is MORE than enough for the average person, and big names like Verizon won’t offer you a $60 plan with unlimited talk and text without charging you $70 in taxes, trust me… I know.

But what impressed me the most is you can always opt-in, or cancel your non-contract phone at any point. And every month that you do decide to use the service, just know that money that you pay for the service, a certain portion actually goes to CHARITY. How can you get better than that right?

With unlimited text and minutes, with nationwide coverage and free nationwide long distance, these no contract phones aren’t just brand names you might not know of. They have the LG G2, Sony Xperia M, HTC Wildfire S, and the Motorola X. I know for a fact now, I can get rid of my Grandmothers flip phone she’s been holding onto for four years and finally get her a phone where she doesn’t have to go to “mobile web” to check her Facebook!

If you know of someone like an older relative, or a child that needs a phone, GIV is a GREAT option to use. Personally I think the BLU Advance 4.0 is a great starter phone as a result. it’s simple, comes it black & white, and still pretty stylish!

Get yourself a GIV Mobile phone today

What I Like: Coverage on the east coast is pretty nice, calls all came in clear and text sent were fast. Mobile browsing was on par with Sprint’s coverage.

What Needs Improvement: Not everyone is an Android fan, maybe some other options for business like Blackberry would work out.