Heroes was a really good show, at first. It followed pretty familiar comic/sci-fi territory of people developing superhuman abilities, and the various conspiracies designed to stop and control them. Plus bad guys, pretty people, and of course, some mind-bending twists. We won’t discuss how quickly later seasons managed to squander the goodwill of that first magical season. 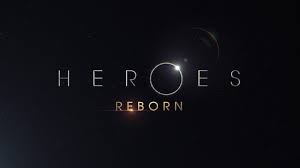 Since NBC apparently ran out of ideas, and can only make so many themed episodes of “American Ninja Warrior”, they’re rebooting Heroes with a miniseries entitled “Heroes Reborn”. Apparently “Heroes again, because we spent a crap-ton of money on the rights to it originally, and everyone else has awesome comic shows and all we have is the rights to this crappy legacy” was too long to fit most TV screens. Needless to say, when it was first revealed that Heroes was returning, most former fans winced and shook their heads sadly.

But that was before this last trailer, which, dare I say it, almost looks good. I don’t have high hopes because, well, we’ve all been burned by Heroes and how terrible it became. But this has a few things going for it; they brought back key characters, they seem to be following one of the best plotlines from a first season episode, and this is only a mini-series, which means they can kill off characters without having regret and bringing them back beyond reason repeatedly.

If you’re still skeptical (and I don’t blame you), or if you never watched Heroes the first time around, that’s ok. I strongly recommend rewatching the first season, as it’s a good refresher on the potential this show had once upon a time. I can’t watch Season One’s “Company Man” without tearing up, and as a refresher anyone looking to catch the mini-series should definitely watch “5 years gone”, as it seems they’re using elements of that dystopian future in the reboot. I want this to be good, because I love the concept that Heroes tried to embody, and while it’s likely I’ll just be disappointed, I’m still ready to give it a shot!

Are you excited for the reboot, or is it far too late to save the show’s legacy in your view?