As a teenager I had a friend named Nick who was infamous for losing his house keys and as a result would have to crash at my house until his parents got home. Eventually they installed a garage door code that he could input to let himself in without using a key.

So almost 15 years later, imagine my surprise when Westinghouse Security announced the Nucli, a product similar to what Nick’s parents ended up having to use on their garage, but for not only the home, also for the office. Not just promising security, but making sure clumsy people who have a habit of losing keys don’t have to worry about carrying them at all. Oh how times have changed.

The Nucli is a smart deadbolt that allows you to unlock your door from your smart phone. Now, how many of you actually lose or DON’T carry one of those these days? I’m sure Nick hasn’t lost his. With fingerprint as well as PIN pad access, the Nucli is also an alert system that will keep not only Nick, but his parents informed 24/7 of who’s coming in and out. Integrated with Bluetooth, Z-Wave AND Wi-Fi, and an exterior camera, the owner of the Nucli can be at home, and be certain that their child is the one entering the home, and any given moment. 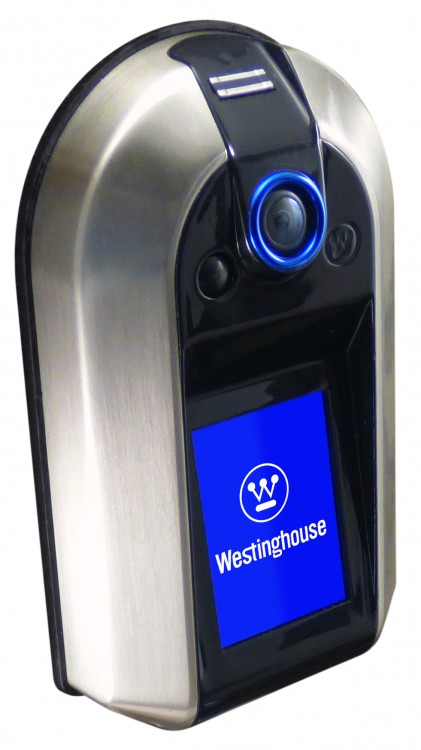 Westinghouse goes so far as to allow visitors to leave voice messages if users are unavailable. I can see solicitors taking full advantage of this. Luckily I do not check voicemails. With weather proof indoor and outdoor touchscreens, the Nucli is certainly revolutionary, and with a rechargeable battery lasting up to six months after a two hour charge, if I was a homeowner, I would be RIGHT on this.

With a KickStarter launched earlier this week and a goal of $50,000, the Nucli can be shared with up to 50 users, so not only do the kids have access, but the nanny, the grandparents, and if you just happen to have enough coin, the person who cleans the pool. Early backers can preorder the Nucli for $299, and after the product launches, it will fully retail at $399.

For more information, check out Westinghouse.