We have all experienced dreams that seem very real, and often those dreams haunt us even after we wake up. But what if a dream is just too real, connecting you to a mystery in real life? That happens to Bella in Lost Souls: Timeless Fables and sends her into the alternate reality of classic books to find her brother! 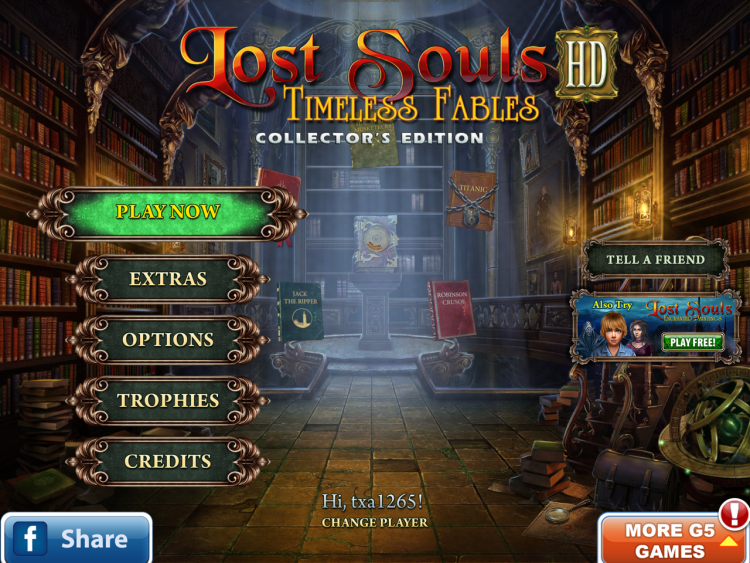 Plunge into this awe-inspiring sequel to the breathtaking adventure Lost Souls: Enchanted Paintings!

Bella’s brother Stan has mysteriously disappeared after finding an ancient artifact. Since then, she has been haunted by a nightmare that wakes her up in the middle of the night shivering. In it, her brother is drawn through a glaring portal in a strange-looking book. Is it just a dream or a trick of the mind? Join Bella and track down her missing brother through the pages of well-known novels and fables. Explore eye-catching locations, meet amazing characters, play tricky mini-games and solve the mystery of Bella’s brother disappearance! 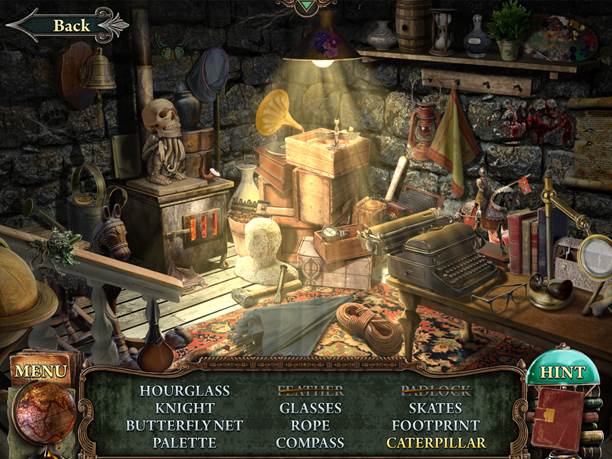 In 2012’s Lost Souls: Enchanted Paintings, you played as a mother named Bella seeking to rescue her little boy who had been sucked into a painting. Now in the sequel you play again as Bella, but this time it is her brother Stan who is lost, trapped in an ancient book – and you need to hunt through other books to free him!

The main locations are books, each containing an adventure related to the original tale. This makes things immediately familiar and compelling, and provides the player a connection to the flow of the game. There is a flow to which books you can explore, so you need to follow that order to make progress. 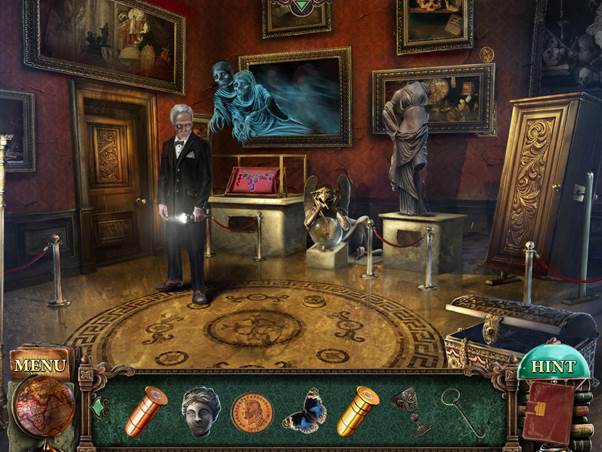 As with most games in the hidden object genre, you will be tasked with different locations in each book where you simply need to find some hidden objects from a list. Given the Retina screen and the visual design of the game, the world is a pleasure to explore. Similar to genre games such as Letters From Nowhere 1 & 2, as you uncover objects you open new areas in a given location, which gives the feeling of evolving gameplay – which felt somewhat thin in the first game, but is implemented much better here.

Lost Souls: Timeless Fables features hidden object scenes, logic puzzles, usable items, hidden keys, and pretty much every other common genre puzzle type, all integrated well and appropriate to the given section of the book/game. The puzzles are always interesting, seldom too hard, and all allow some level of skip-ability if you get frustrated.

The download is still more than 1GB, but that no longer feels quite so large (it isn’t in the top 10 of my largest iPad apps!), and the game is solid and kept me engaged across the several hours it took to complete. The variation in scenes and puzzles and locations meant I could enjoy playing the game as long as I wanted without getting bored. 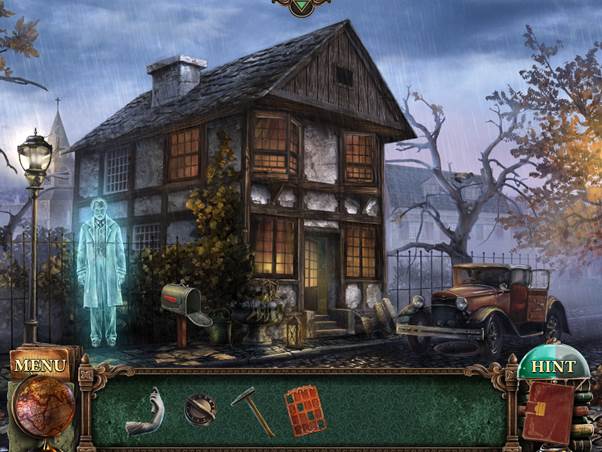 Aside from the standard hidden object gameplay, there are a number of puzzles and mini-games you need to deal with to advance through the locations. The good thing about these is that they flow naturally out of the circumstances in any area – in other words, they don’t feel random or forced, but instead make sense based on what you were already doing.

The level of difficulty is fairly low and consistent throughout all of the areas, so I was never frustrated or stumped – but I was always engaged and challenged. Another good thing is that unlike the original game, the game never feels too formulaic. Sure there are the usual similarity of mechanics, but moving from ‘Call of Cthulhu’ to ‘Robinson Crusoe’ provides a very refreshingly distinct set of changes. That helps reduce the feeling of repetition and allows you to enjoy the environments. 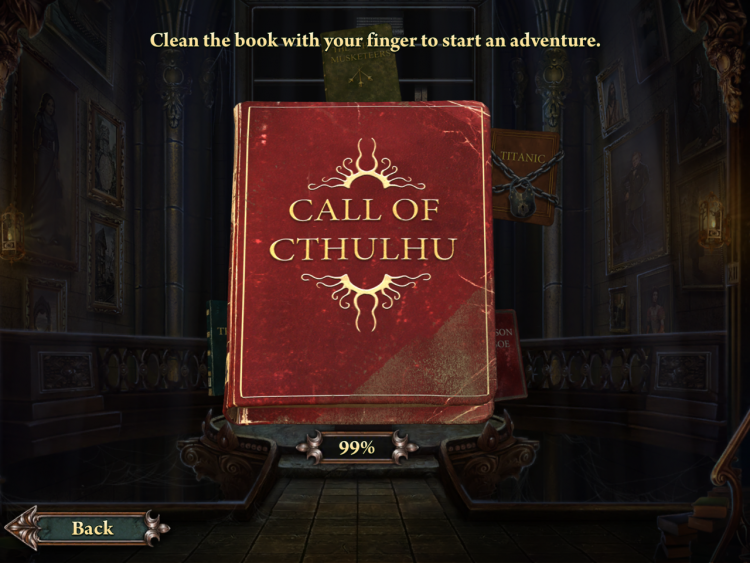 Would use again/recommend?: Definitely! For me, this improves greatly on the original game. The setup is intriguing, and while I would have liked it to integrate further into understanding the books, the adventure across all of the books is great fun and widely varied. The puzzles and hidden object screens and so on are very well done and keep you engaged throughout. 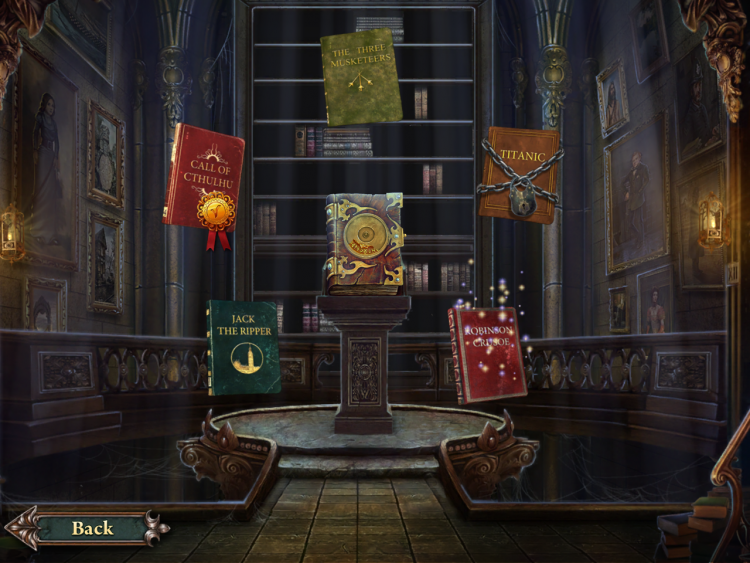 Suggested changes/wish list for updates: Jumps right into the action without enough story-setting – given how well the tales are woven, I hoped for more at the beginning.