Doesn’t it feel like I was just writing about the Garmin Forerunner 225 announcement? While it has actually been 5 months since the FR 225 reveal, since then they also added the FR 25 entry level GPS watch and each slowly trickled into availability. This year has been all about big new launches and slow product roll-outs that have left me scratching my head wondering what is happening with Garmin. Today Garmin announced three new watches that should have me excited, but instead resulted in a cynical eye-roll and vague interest in when they might hit stores – but why should I care? 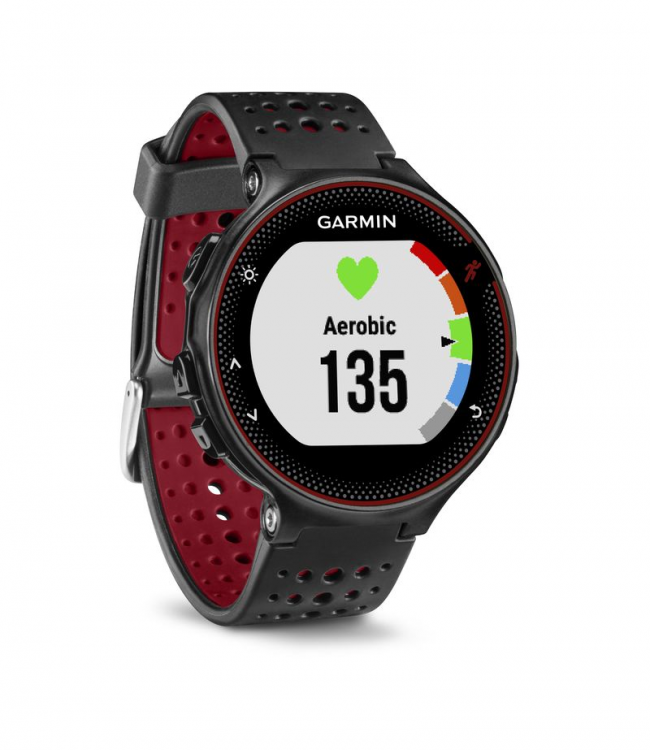 These are all gorgeous, highly functional watches, but I have to confess reading the press release two or three times and still asking myself ‘WTF?’ But first, here is the actual news information so you can see what they’re announcing.

Here is their blurb for the Forerunner 235:

“Set a personal record with Forerunner 235, with ElevateTM wrist heart rate technology, GPS and GLONASS running watch with smart features. Its built-in activity tracker keeps recording steps, even when you’re not running. Pair your watch with a compatible smartphone for connected features like automatic uploads to Garmin Connect, smart notifications, audio prompts and live tracking. You can also download customizable watch faces and applications from the Connect IQ store. The 235 measures heart rate at the wrist, giving you the option to run without a strap. For more challenging runs, you can download advanced workouts and training plans from Garmin Connect.”

While I suggest you visit the blog or DC Rainmaker’s preview for more details, here are my five thoughts and questions about the new products:

It is really too bad, because also today Garmin unveiled a major update of Garmin Connect, which I LOVE – it makes the most of the screen real estate and has excellent ‘at a glance’ functionality and much quicker sync functions. I got to test this because the new app came after I had already uploaded my run this morning – so I saw how long that took, then with the new app I connected again and it was quickly up to date.

So I was already in a positive mood bias for Garmin, and then I read the new product launch and was left scratching my head. Several hours later, I ‘get it’ but still think it doesn’t make much sense in many ways. Or maybe THIS makes sense but much of the other stuff Garmin has done recently makes no sense. I’m just not sure anymore.

For now I will continue to be very happy with my FR225 – and that is the thing. I LOVE this thing. The sleep and step tracking is great (except when the server-side failed for 4 days two weeks ago), the GPS is rock solid, the heart-rate monitor has proven super-reliable for me and like I said, I really just want a running & fitness tracker. But at the same time I feel a bit of resentment towards Garmin – they were slow and erratic releasing the FR225, and seem to have stopped supporting it already (the missing sleep & step data was never recovered). This experience has made me wonder IF my next fitness watch will come from Garmin, something I haven’t really doubted in more than 3 years since I started using a GPS watch.

What do you think? Has Garmin doomed themselves by flooding the already niche running GPS market with way too many products with narrowly differentiated features? Or is this a smart move and those who jumped on the FR225 just SOL like those who bought the iPad 3?