The MC Brick is a small Bluetooth speaker that certainly isn’t small on sound. Originally an Indiegogo project, once successfully funded, Mova Systems released their MC.Mini and their MC.Brick products. They sent over the larger version for me to review and I personally like it.

Designed to submerse you with sounds with it’s deep pass, all without compromising the sound quality, the MC.Brick is actually really good for the price. Here are some key features about the speaker. 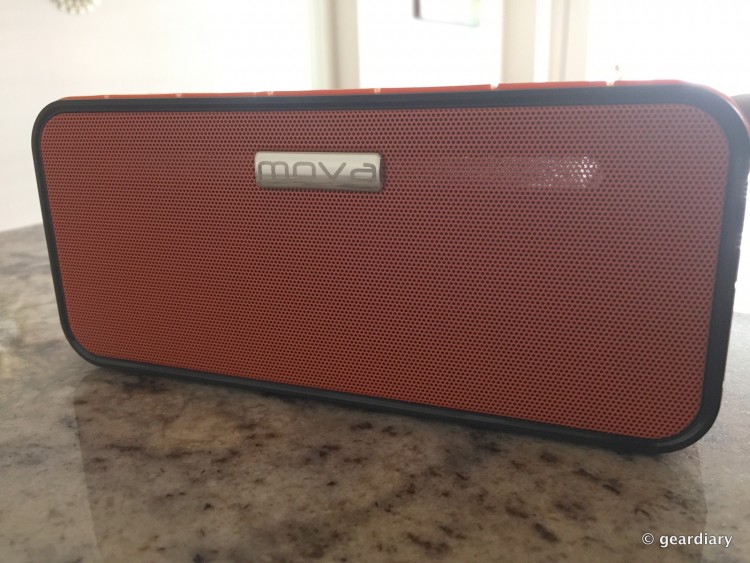 The speaker is available in five different colors, black, blue, white, orange, and red. I received the orange color, which actually is a pleasant surprise as I’m used to receiving traditional-looking black speakers which to me personally all look the same. You can however change the cover colors with an additional purchase if you decide that you want to switch it up. 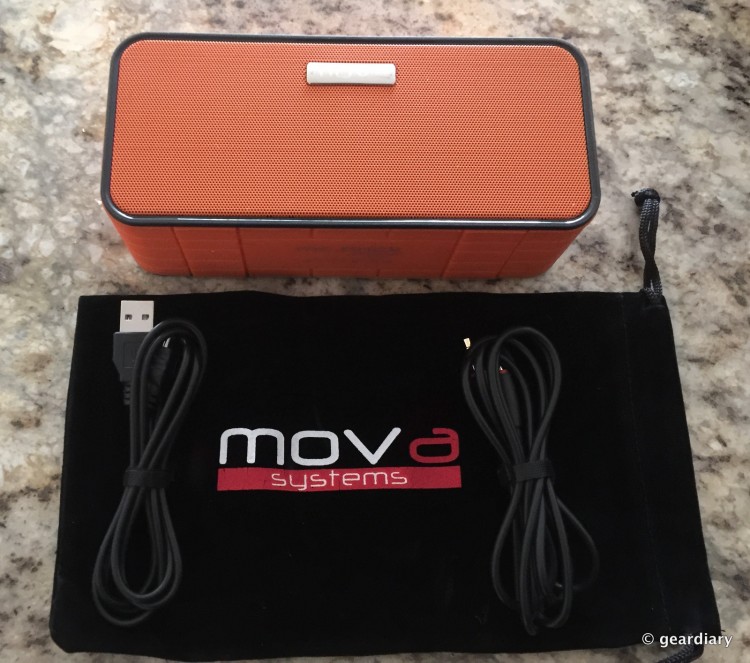 The battery life actually lasts longer than a few of those higher priced ones on the market, as Mova Systems states that the battery will last ten hours on a full charge, and honestly, after many uses, most recently at a Halloween party over the weekend, the MC.Brick lasted from 3pm until 1am when folks were heading out, and still went on without a hitch. The two front facing 40mm drivers delivered some jamming tunes that kept the party going in the kitchen that even our friends could hear on the patio through the cracked window. 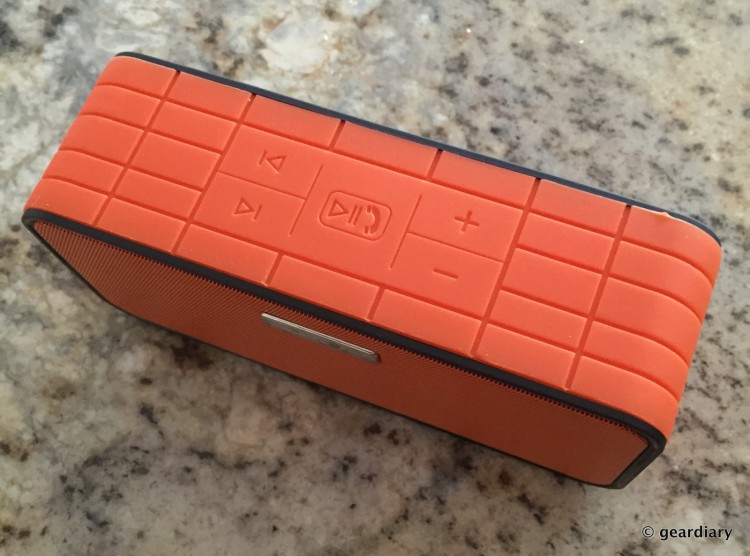 The functional buttons are all on the top of the MC.Brick, from pause/play down to the track control. Since you can also pair the speaker for your phone calls, you can answer calls from it as well which is pretty nice. The MC.Brick even features NFC technology so your connection is seamless and will not drop. For example I went out to the grocery store and forgot to turn the speaker off. However once I returned, instead of having to pull out my phone and search for it, it reconnected instantaneously. If you rather not use Bluetooth though, you can also connect your phone via 3.5MM jack that comes with the MC.Brick. 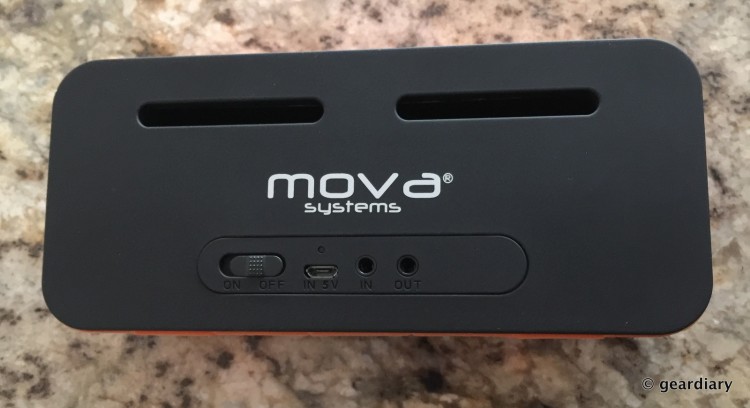 Overall, I love the speaker and I personally take it to work to listen to my podcasts, since it’s so small I can easily throw it in my bag in the mornings.

What I Like: The orange colorway was a nice shift from traditional black; NFC technology is seamless.