As long as manufacturers are making devices with batteries, we’ll need extended batteries; and as long as manufacturers are making extended battery packs, we’ll be covering them. It takes a little something extra to pique my interest in a battery anymore (yes, I’m slightly jaded), but the Nomad PowerPlant in American walnut 12,000mAh battery did just that. 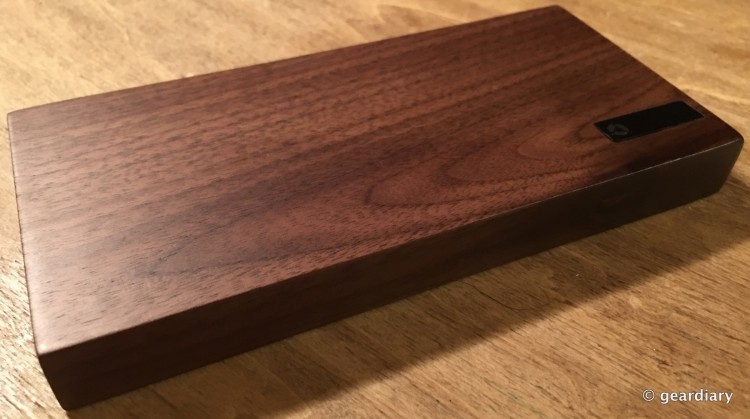 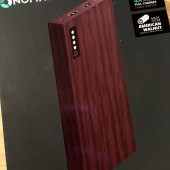 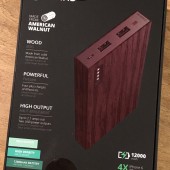 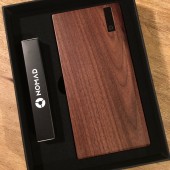 Made from a single block of American walnut that has been hollowed out to hold a 12,000mAh battery, the PowerPlant is not only beautiful, it is practical. With two 2.1A USB ports, and measuring 4.64″ long by 2.56″ wide by 0.47″ thick, and weighing 14.8 ounces, the walnut cover elevates what would already be a respectable large capacity battery into a display-worthy accessory. The package includes a microUSB charging cable. 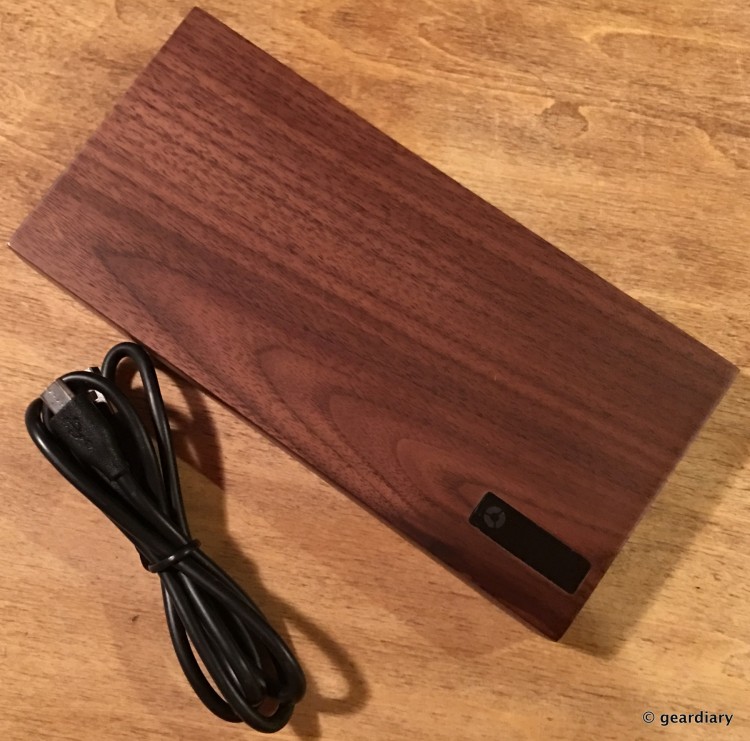 On the business end, there is a “precision stamped and Space Gray anodized aluminum” face with power/battery charge indicator button, two 5V/2.1amp from 2X USB Type A USB charging ports, and a microUSB-in charging port. You’ll have to supply your own charging cables, but when you see the price you’ll likely not mind that one bit. 12,000mAh is enough to charge an iPhone 6 or 6 Plus (and most other phones with larger batteries) approximately four times, and it is enough to charge older phones with smaller battery capacities approximately six times — that’s pretty awesome. You can also use it on larger tablets such as the iPad or iPad Pro, Kindles, Android tablets, and anything else that has a USB charger. 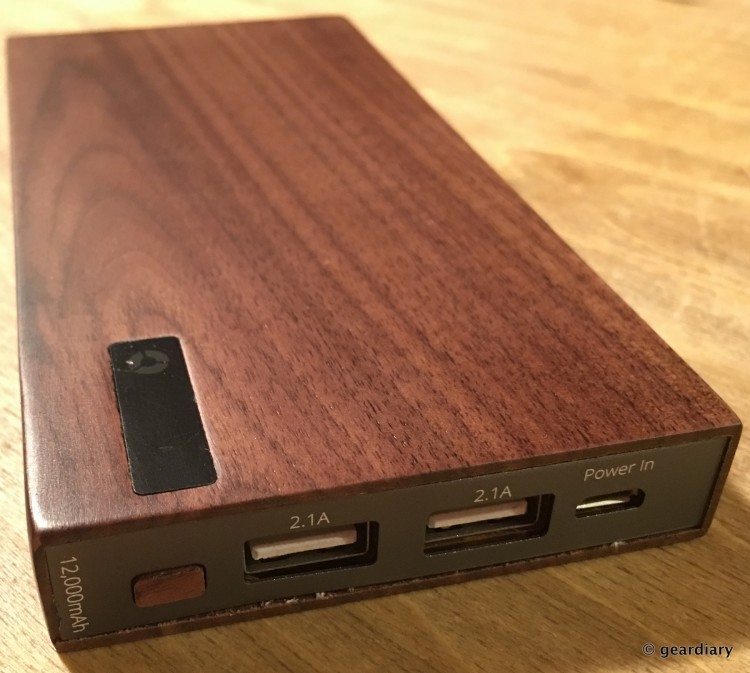 The other three sides of the battery are smooth and plain. 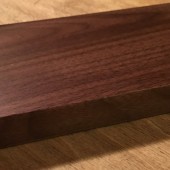 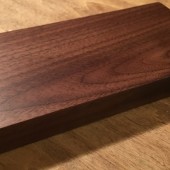 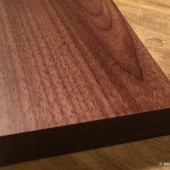 The back has a laser-engraved Nomad logo along with other device-specific information. 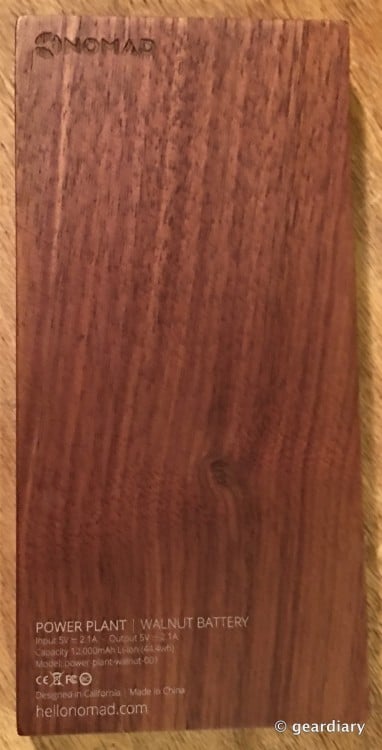 There are four LEDs that will indicate battery life left in quarters; they will flash while charging, and they will glow solid once done. 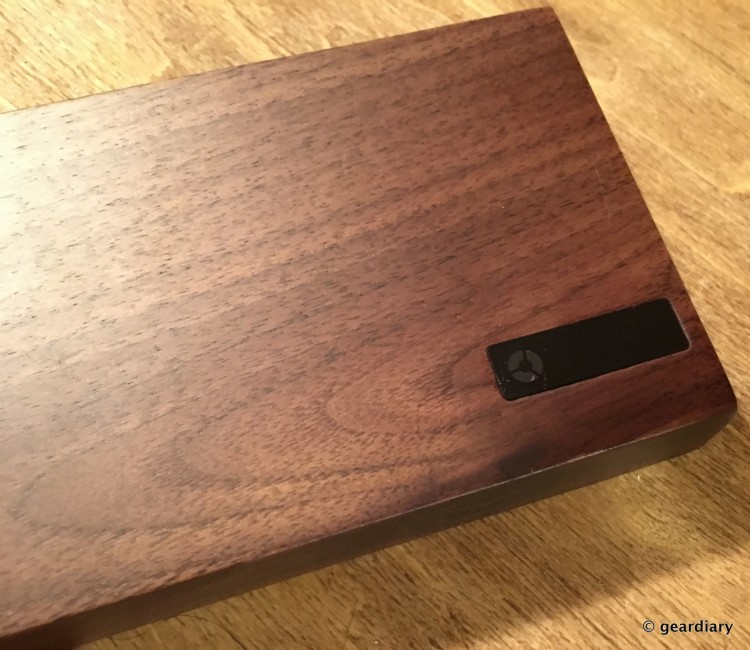 There are tons of high-capacity extended battery packs available now, but the fact that this one is beautiful, it has two high-speed ports, and it’s got a huge capacity sets the PowerPlant apart. I love the added touch and visual appeal that the American walnut gives the battery pack; it’s a bit of gear that I am proud to pull out when it’s needed. Unlike other wood covered accessories I’ve reviewed, The Nomad PowerPlant is priced so fairly that it is hard to resist.

The Nomad PowerPlant American Walnut 12,000mAh Battery retails for $99.95 (it’s on sale right now for $49.95), and it is available directly from the manufacturer. Nomad warranties a minimum of 500 full charging cycles.