If you’re looking for an excellent sound system for a space in your home for the holidays, well look no further. I had the opportunity to review the Creative T4 Wireless Bluetooth Sound System, and I’ve been holding off on reviewing the T4 Speakers for a few weeks as I’ve been enjoying them quite a bit in my home, and wanted to give an accurate review of how great they are, both in sound and in overall quality. 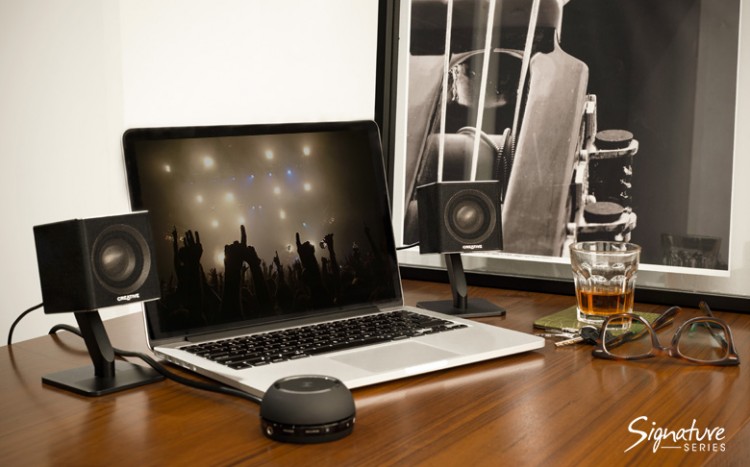 Now when you first see the packaging, it’s pretty much like all of Creative’s products. They make it a mission to highlight not only the speaker itself, but the features and connectivity options that are included in the T4 speaker which include Bluetooth, NFC, USB soundcard, and aptX. Sounds like a lot right? Well that’s because it is. The fact that the T4 Wireless speaker has the ability to pair with two completely separate devices at once, courtesy of the NFC feature, is enough to talk me into using the product. This proved its own weight in gold when we had friends over for a UFC Fight Party and the girlfriend decided to take it upon herself to be the DJ of the hour. The setup of the connectivity is what you’d expect from most devices, but much more seamless than even the Bluetone by Cambridge that I previously reviewed this year. 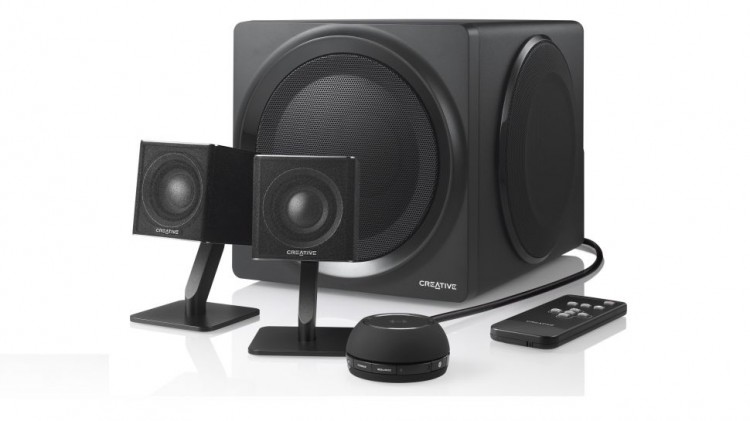 When you open the box, inside you’ll find the satellite speakers, the SLAM subwoofer, the Volume Control Pod, a remote, and about five cables. The remote itself leaves a lot more to be desires, in all honesty. It’s simple take on media controls is nice and easy to adapt to, but with such limited functions, I never actually found myself using it, so it’s been tucked in a drawer for a couple of weeks now as I only have used to entertain myself with music. Obviously if you have plans on making this your ultimate home audio system coupled by your television, it might be handy. I on the other hand have way too many remotes as is.

One thing I found to be very interesting is that even though they make the statement of the T4 being “Wireless”, there are actual cords to the products, and it’s speakers, both the volume pod, the satellite speakers, and the larger item, the subwoofer. So it is indeed a corded speaker, with the ability to wirelessly stream your material via phone, tablet, or computer. Setting up the speaker wasn’t tricky at all, everything is labeled on the back of the subwoofer making it clear as day with the instruction manual included, even if you decide to not read those (I don’t). 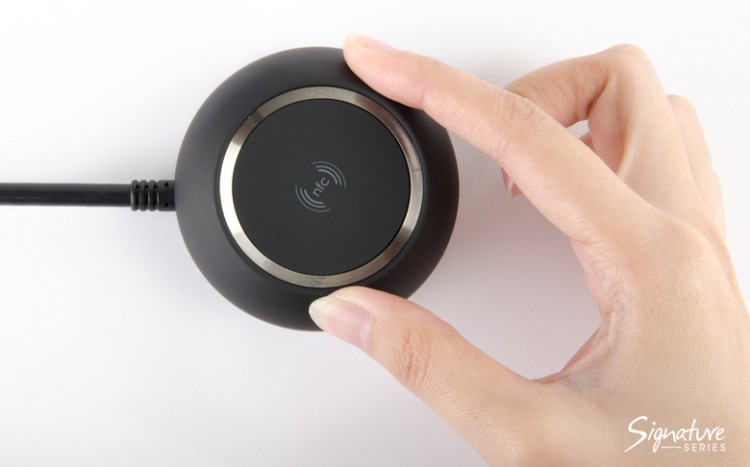 Connecting to Bluetooth was actually very easy from both my tablet and my iPhone as all I had to do was tap the Volume Control Pod that also is the source power of the device and after 2-3 seconds, it was up and running. The pod itself has a nice finish to it that is soft to the touch and you can rotate the top of it to control the volume, which is pretty nifty. In the center of the pod you’ll find a headphone jack, power button, a source to select your output, the Bluetooth pairing option, and an AUX port for that friend who’s “Bluetooth doesn’t work and needs to plug their phone in”.

The high point for me was the NFC technology, because it’s just so cool. Imagine you’re close to the volume control pod, and all that you have to do to make it connect is by simply tapping the control pod and it picks up seamlessly and it will last up to about 25 feet. 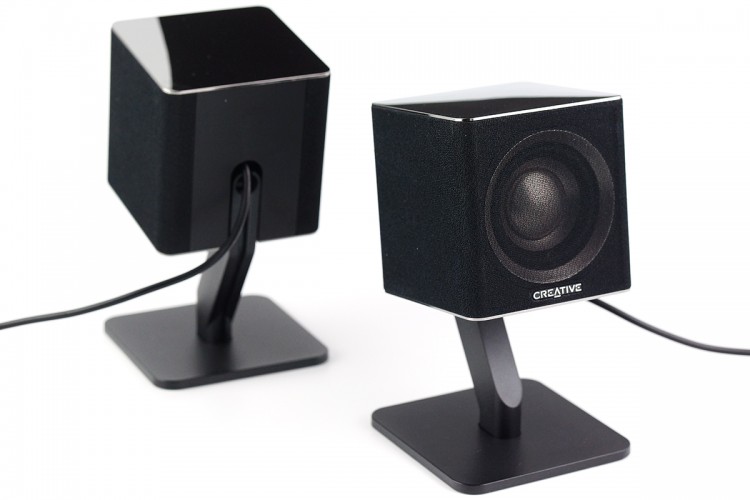 The satellite speakers themselves are small, but they pack a punch. Sitting next to my Vizio television they almost look like they belong, minus the “Creative” branding directly on the front. Each sit on stands that are very elegant looking already, but if you find you rather not have that option since it is corded from the back, you can opt to go without. I personally appreciate the fact there is a hidden thread port for you to channel the cables through so they do not make the area they are sitting on look hideous. 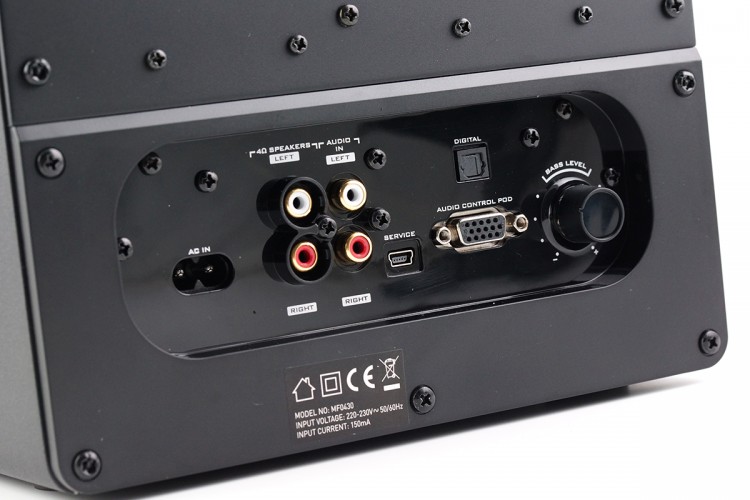 Both the speakers and the Pod collectively plug into the SLAM Subwoofer, which stands for “Symmetrically Loaded Acoustic Module”. Let me be the first to say, thank you Creative, for being creative in that regard. When all three of the components are combined, they sound beautiful at a mid-range level while listening to audio or podcasts. While listening to music with a heavy bassline, the SLAM will actually sound TOO heavy and somewhat drown the words out, especially on rap tracks. The trick to this though is to balance the actual volume through the back of the subwoofer, which allows you to change the range in which you’d like to hear the bass, which was forward thinking on Creative’s part.

Overall, if you’d like yourself a set of some wireless speakers for just a casual setup for your computer or laptop, or even if you decide you need a sound system for that holiday party you have coming up, the T4 Wireless speaker system is a GREAT value that will last you over time at $280.

For more information you can head over to Creative today!

What I Like: The option to dial back the bass was necessary, especially if you have your speakers on a flat elevated surface like a bookshelf.

What Needs Improvement: The remote should also have the ability to adjust the bass accordingly.