If you’re shopping for a home security camera, there’s plenty of options that you can consider, but none quite like the SmartCam A1. Imagine having a home camera that you can control and rotate for a fully immersive view of the surroundings that you place them in. The company sent over a unit for us to test out, so let’s find out if this camera is really worth the hype. 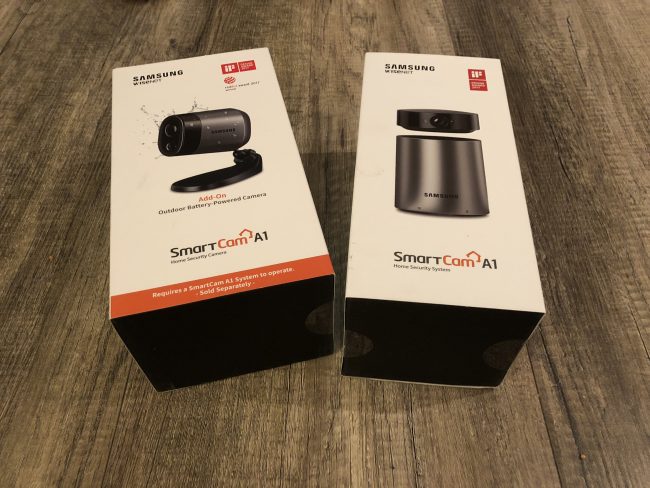 The Wisenet A1 SmartCam is a great starter camera for sure, withitss seamless setup process, down to it’s it’s easy to understand unboxing. Coming simply with a station hub base, an indoor camera, an ethernet cable and a power adapter, there’s not really much to see until you actually plug the camera up. 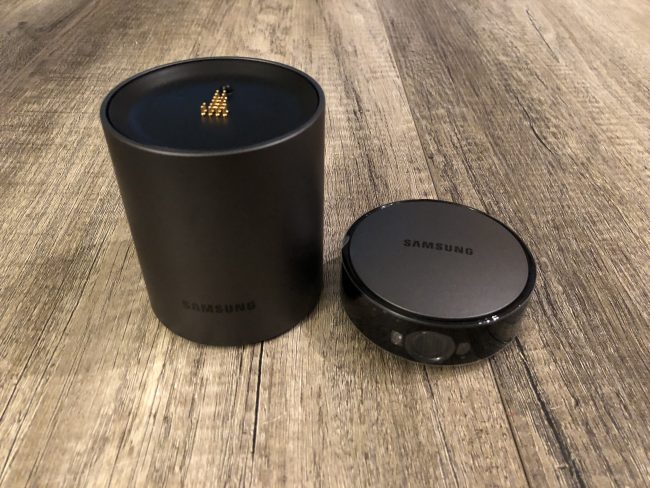 The premise of the camera itself is pretty simple. The A1 security camera sits on top of the docking station courtesy of spring loaded pins and gives you a 1080p, 350-degree field of view courtesy of the companion SmartCam app in the App Store. What I found interesting is when you plug up the camera, what it initially does is toggle itself on and rotates the camera to get the FOV (field of view) giving you an impressive look at what’s to come once you’ve gone through the process of setting up the app. 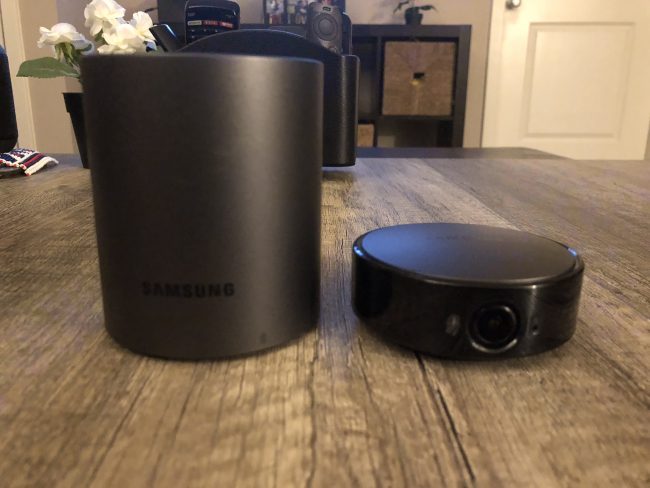 The camera itself resembles a small puck, coming complete with a wide-angle lens and a LED status light, paired with a microphone for not only picking up sound, but sending it out; it’s great for connecting to persons in your home when you are not there. 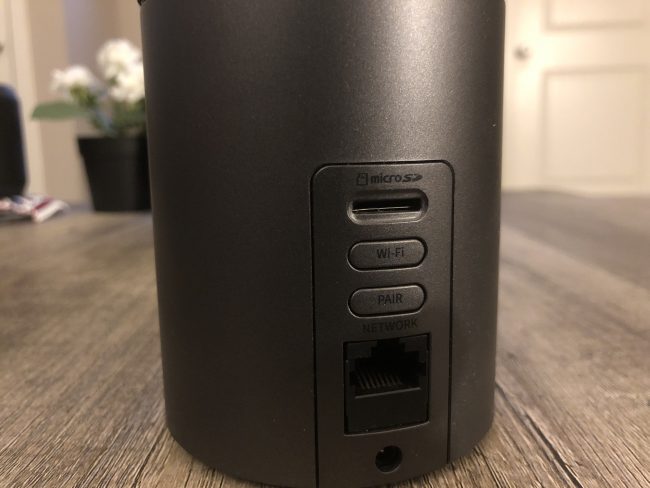 The back of the base station comes with a few options, including a Micro SD slot that allows for additional memory that the camera otherwise wouldn’t give you; A WiFi Button for allowing connection to your internet provider (which you then set up via app); A button for pairing the camera, an Ethernet port if you are a fan of hard wiring your connection, and the AC adapter port for charging.

When placed together, the camera obviously rotates as we’ve said before, and looks like a typical home camera. But what truly sets the A1 SmartCam apart from others is that the camera itself can be removed from the base and placed anywhere in your home giving you up to three hours of wireless monitoring. This is perfect in those small-case scenarios where you might want to have the camera fixed on a small child or animal while you’ve gone on an errand.

Now, most may say, if the camera itself can rotate, what’s the need for removing the camera to set it directly in the location? Well, there’s no exact answer to that, but it’s just honestly a welcome addition to the camera itself that you’ll be hard pressed to find in other cameras on the market. Mind you, all of this would not be possible without the SmartCam app that allows you to see your surroundings, however.

In practice, the companion app actually works well. Having an iPhone X, I appreciate the fact that the app is updated to use the entirety of the screen, but it’s the simplicity of the controls that really shine bright with the SmartCam app. Being able to adjust everything from the sensitivity of the motion section, to event alerts, the app allows you to be extremely detailed in how you use your camera, which I think is lacking in a lot of the larger companies including the Logi Circle cameras. Having an event schedule that highlights activity monitoring when your home is “armed” via the camera is helpful, but there are some negative points about this that could be fixed. 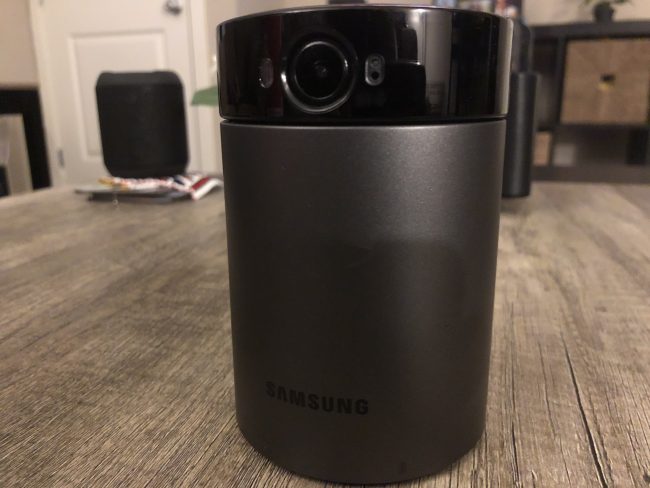 For example, no cloud storage. If you’re not essentially hovering over your camera app at any given moment, or you have not added a MicroSD card to the back of the base station, you at best may get a day of solid activity including motion. But like all cameras that consist of MicroSD functionality, all it takes if for a burglar to take the MicroSD camera out of the back, and everything that has been recorded is wiped away. This right here is a big point for me, which is why I opt for cameras that come with cloud-based subscriptions, or even cameras that allow you to have 24 hours of free storage. The way I explained it to a friend was like so: Say you go on vacation for a week — you don’t really monitor your home that often but you chime in maybe once or twice to see if everything is okay. You get back to your home and you notice that your living room lights have been left or, or worse, your home has been broken into. With no long-term storage internally on the camera, you have to rely on a memory card that honestly may or may not be that reliable. To me, that’s not the functionality I ask for out of my camera. 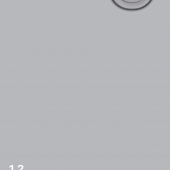 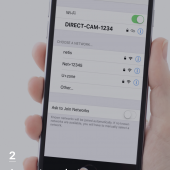 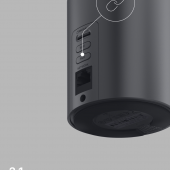 In terms of the view from the app, the quality is decent if not anything else. With a wide viewing point, you can see everything straight on with ease, with only items closer to the edge of the viewfinder looking a bit distorted.

Since there are only three true HD settings to the SmartCam A1, you have to find your balance in choosing either high, medium or low. Keep in mind the camera does come with the ability to zoom up to 4x, so if you choose the low setting, images will be even more distorted than they already are.

There’s a night mode that works enough to get you by, but again, this is only best used for items that are close by. For example if you have the camera facing a long hallway, or in a large living room area, you may see only about 8-10 feet from the point of the camera in the ark without things becoming just dark and hard to view.

Also, keep in mind that there are no real bells and whistles with this camera by any means. You can add additional A1 cameras at an additional fee, but do not expect any to work in the Apple, Echo, or Google ecosystems. This is merely a no-frills home camera with no subscriptions that if you want to set up seamlessly, potentially with just WiFi and a memory card, this is the one to have. It will alert you when it detects motion or audio, but even then, the delay is off by 4-5 seconds when you do view the captured video, so in the event something does happen wherever you’ve placed the camera, it’s already too late.

The highlight feature for me, however, is the auto tracking feature. I have this set up when I am not in the house, when we leave Sparky out of his crate. What I initially thought would only follow people actually manages to follow our dog when there’s motion detected from him. This is helpful and the other home cameras I have set up, unfortunately, do not have this feature. 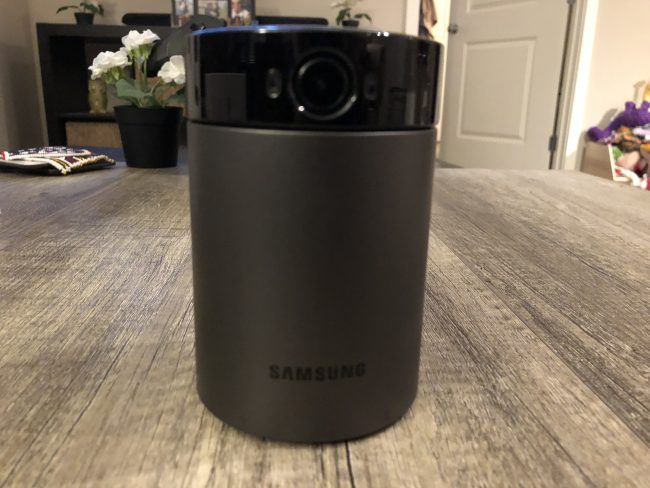 Overall though, the Wisenet A1 Smartcam is a solid camera if you’re not looking for a bunch of subscriptions and additions to your home camera. If I could change one thing I would possibly offer more internal memory on the base, or even allow the addition of an external hard drive, since it’s easier to put a passcode on that then it would be on an SD card. Despite that though, this is a great start at a home camera. If you’d like to find out more information you can head over to Amazon [affiliate link] to purchase yourself one today.

What I Like: Rotating camera is pretty nifty and great for monitoring without having to move your camera; Additionally you can take the camera off the base and sit anywhere

What Needs Improvement: Night mode is pretty basic and doesn’t have far range; Could use more internal storage on the base