Like millions of others I have seen and LOVED Star Wars: The Force Awakens. As a long time fan of films and games and books, I loved seeing things from or derived from the ‘Expanded Universe’ that were immediately familiar. In fact, everything about this great new entry was awesome … but since then I have realized what it meant to the REST of the Expanded Universe: death.

It was 37 years ago that the book “Splinter of the Mind’s Eye” became the first post Star Wars book, based on some early writings from George Lucas, but later declared ‘non-canon’ to make way for the rest of the original trilogy. It remains in print as a book and comic, but is not ‘official’.

Due to the popularity of Star Wars and the universe and characters it created, as well as how things like The Force and Lightsabers sparked the popular imagination, there has been a pretty steady stream of new content through the years. As would be expected, there is a danger in creating fiction that comes between movies or precedes the movies but uses the same characters and settings, so LucasFilms has worked for a long time to help writers develop stories that work within the accepted universe, known as ‘canon’.

Canon is important for any fictional universe as it provides guidance for creating new works without trampling on existing or future ‘official’ releases. This has allowed the Star Wars world to grow incredibly large and rich with characters and settings. Look at this exploration of just the novels as of a few years ago: 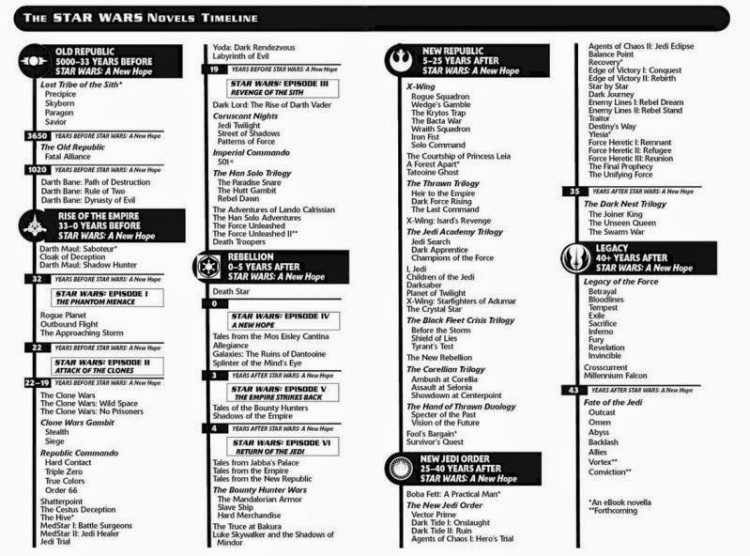 If you add on video games (a huge list is here, with enough that there is a ‘top 50’ list here as well!), graphic novels and more – you can imagine how huge the world of Star Wars has become.

But there is something common between Star Wars books and games – most occur in the decades following Return of the Jedi. As such, you can envision a problem: with a new Star Wars movie trilogy coming set in the decades after Return of the Jedi, there was no way that the new movies and existing stories could coexist. So? Disney and LucasFilm announced a simple ‘reset’ – as of right now here is the full set of stories and shows and movies and comics and video games regarded as ‘canon’ in the Star Wars universe: 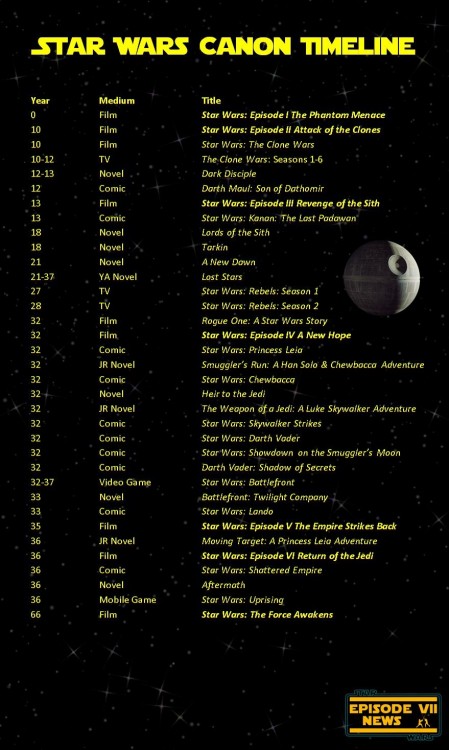 That is a huge difference! There are tons of awesome stories and characters and arcs that have now been lost to the dust-bin of history. Sure we can still read the books and play the games, but the chance of ever seeing them on screen in any significant way is gone.

Here are my five most lamented losses from the ‘Purge’:

Of course it isn’t ALL bad … here are five things I am GLAD to see gone!

What do you think? Are there favorite games or books or characters or stories that you lament losing?