Dyson, a brand synonymous with high-end vacuum cleaners, fans, and humidifiers, has turned their focus to personal care products. Four years and $71 million dollars later, today they have announced the Supersonic Hair Dryer. 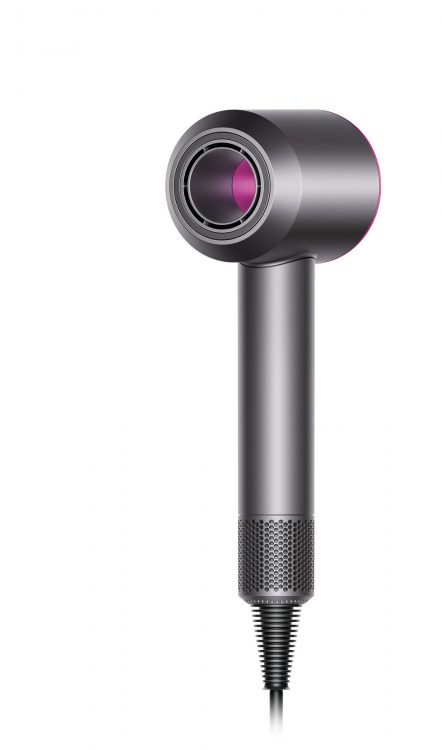 Why would Dyson invest so much time and money into a product that has remained virtually the same for decades? Because the need is real, and this is a product in great need of an overhaul. 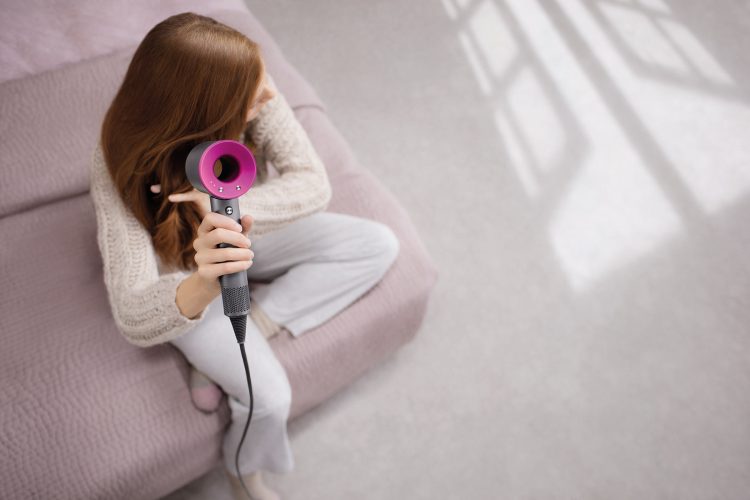 I blow dry my hair at least three times a week, and even though I’ve invested in an expensive salon-grade “ionic” hairdryer, I’m can’t help but be concerned about the amount of time it takes to dry my hair and what kind of damage I might be inflicting on my hair when I do it.

Women know that using heat to dry our hair can cause breakage, static, and dryness. And since it is not always practical or preferable to allow our hair to dry naturally, hair dryers are a necessary evil. 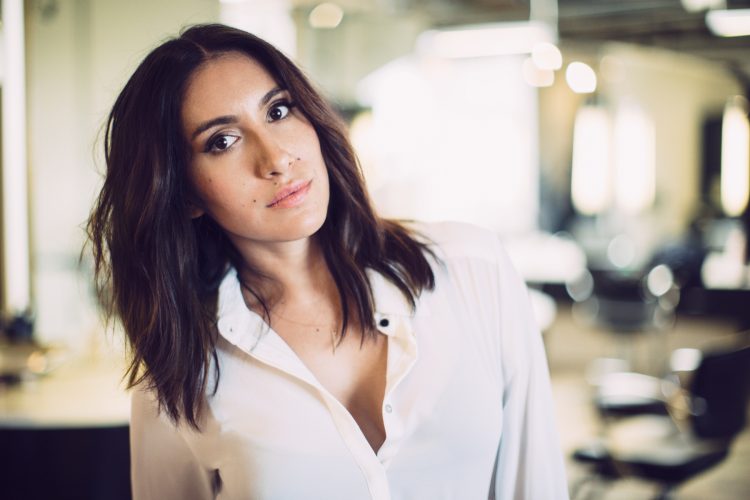 Some of the better hair dryers advertise that they will smooth hair, make it look more full, and prevent breakage, but many times they do not allow you to regulate the heat used on your hair beyond a high, low, and cool setting. Many times, high and low just refer to the fan speed, and you’re getting the same temperature at all times unless you are pushing the cool button! 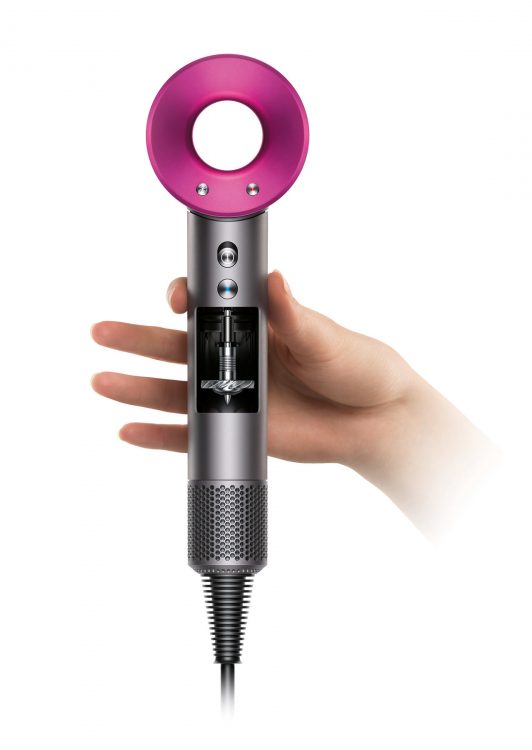 The heat setting that works best for a shiny, healthy head of hair on my fine hair is not the same one that would work best on my daughter’s coarser hair, and a woman with Black hair or Asian hair might need another heat setting altogether. 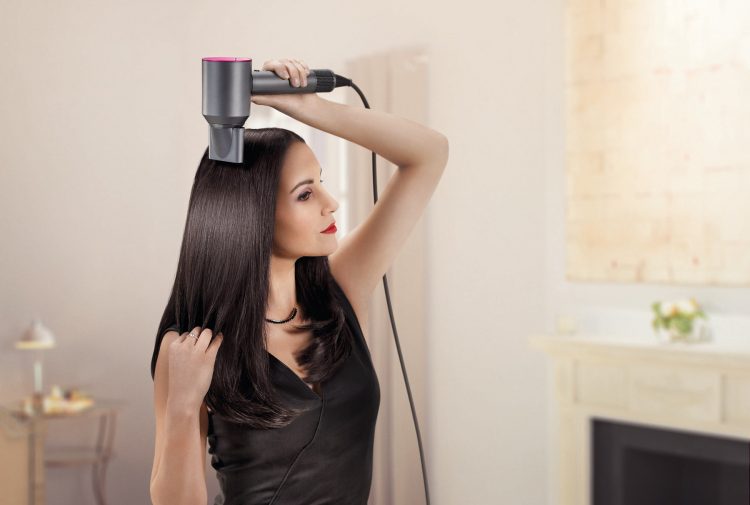 And that’s where the Dyson Supersonic comes in.

Hair dryers can be heavy, inefficient, and make a racket. By looking at them further, we realized that they can also cause extreme heat damage to hair. I challenged Dyson engineers to really understand the science of hair and develop our version of a hair dryer, which we think solves these problems. – James Dyson

To that end, “Dyson engineers studied hair from root to tip, understanding how it reacts to stresses, how to keep it healthy, and how to style it. For over four years they tested the product on different hair types and built test rigs which mechanically simulate hair drying techniques – which can differ around the world.” 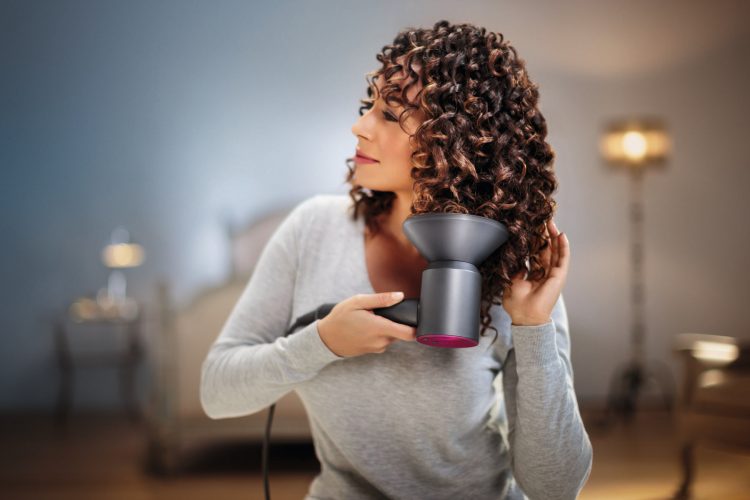 The Dyson Supersonic has intelligent heat control, which ensures that “hair isn’t exposed to excessive heat and never goes above the temperature selected. A glass bead thermistor measures the temperature 20 times a second and transmits this data to the microprocessor, which intelligently controls the patented double-stacked heating element.” 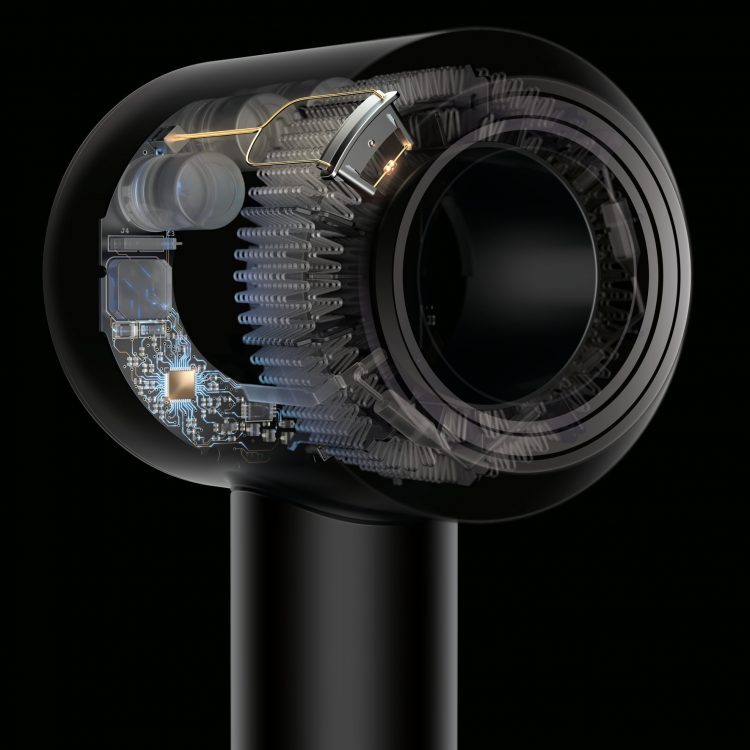 The Supersonic uses Dyson’s “patented Air Multiplier™ technology to draw air into the motor and amplify it threefold to create a high pressure, focused jet of air, angled at 20° for controlled, precise drying and styling.” 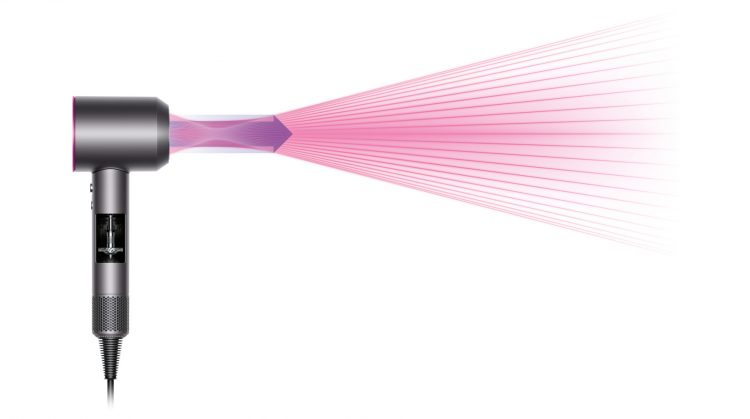 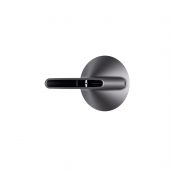 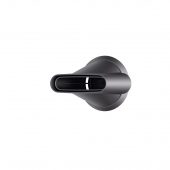 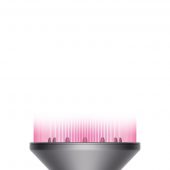 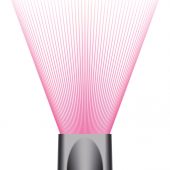 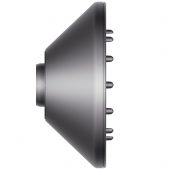 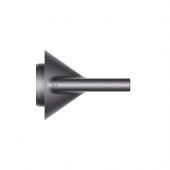 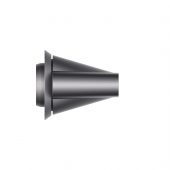 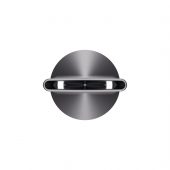 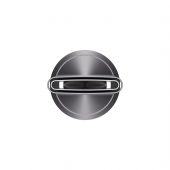 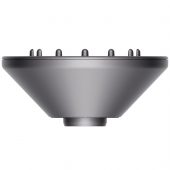 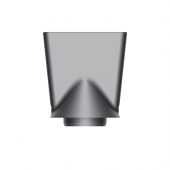 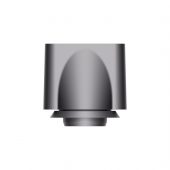 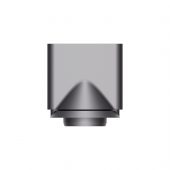 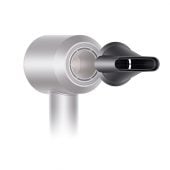 These attachments are designed so that their surfaces stay cool to the touch, and “being magnetic, each attachment is also easy to remove and adjust.”

The Dyson Supersonic™ hair dryer is powered by the new, patented Dyson digital motor V9, created in-house by a team of more than 15 motor engineers specifically for this machine. It is Dyson’s smallest, lightest, and most advanced digital motor.

The Dyson digital motor is engineered to be powerful yet compact – small enough to be positioned in the handle rather than in the head, where most conventional hair dryers house it. As such, the machine is engineered for balance.

On top of all that, the Dyson Supersonic has been engineered to be much quieter than other hair dryers.

Some fun Dyson Supersonic facts include that it has been tested on 1,010 miles of human hair, there were 600 prototypes built, it has 100+ patents pending (16 patents for the attachments alone), it took 103 engineers 4 years and $71 million to develop, and you’ll be able to buy one for $399 exclusively at Sephora, both in stores and online, starting in September 2016. 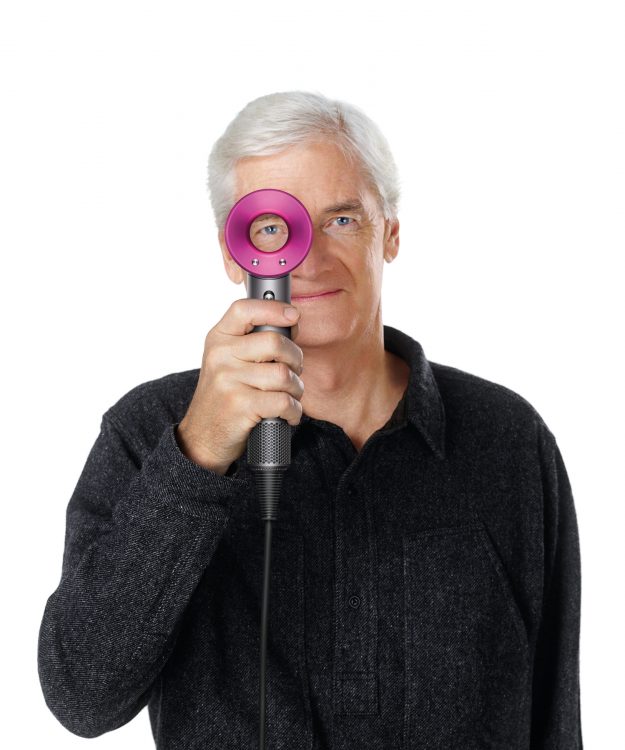 You can learn more about and preorder the Dyson Supersonic Hair Dryer here.