The Honda Accord has long been one of the most popular sedans in North America and was the first nameplate built here by the automaker. In its nine generations the model has seen significant upgrades and improvements and for 2016 Accord gets some appreciated styling enhancements along with technology upgrades. 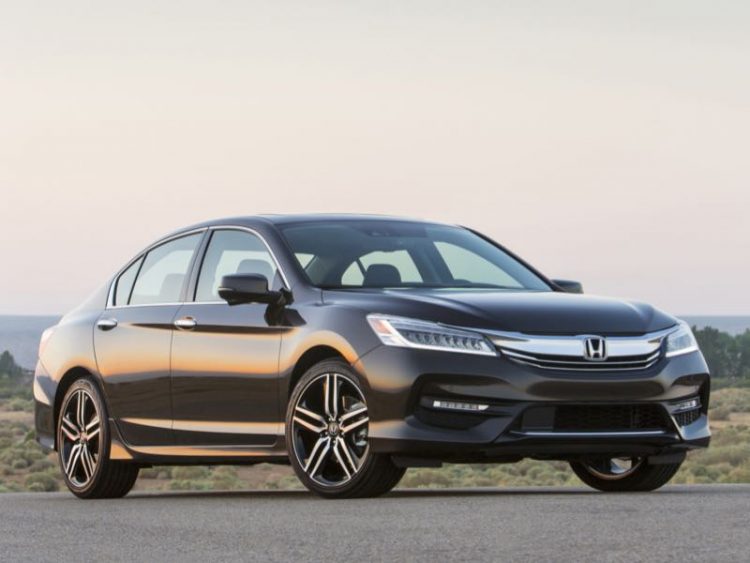 Accord is about halfway through a standard life cycle for any automobile. Honda delivered the ninth-generation model in 2012 as a 2013 model year vehicle and now they let the designers and engineers make it more competitive while also addressing some styling issues where the Gen 9 car fell a little short. What was once bland or cookie cutter in appearance has been addressed and the new Accord barely resembles the previous model year. 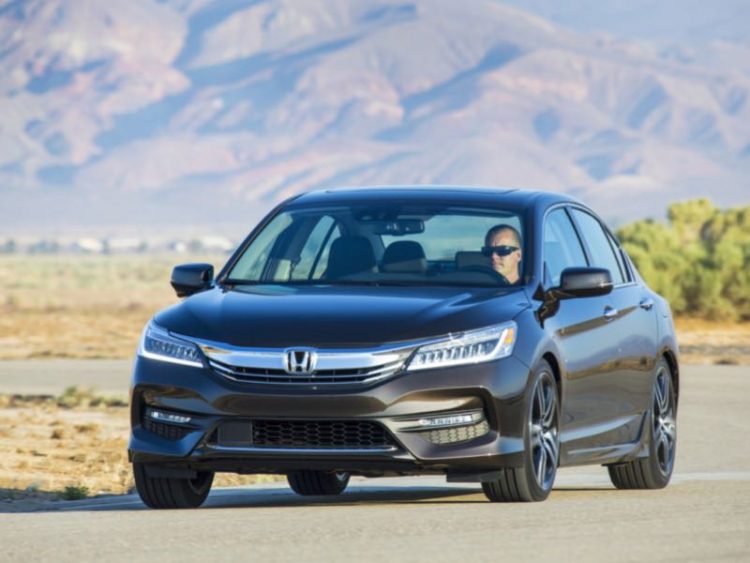 To be more specific, Honda has given the 2016 Accord new front and rear fascia styling across the board and replaced the steel hood with aluminum on sedan models. New wheel designs are also available with an increase in size as well. Ride and handling have been improved thanks to increased body rigidity along with retuning of the electric power steering. 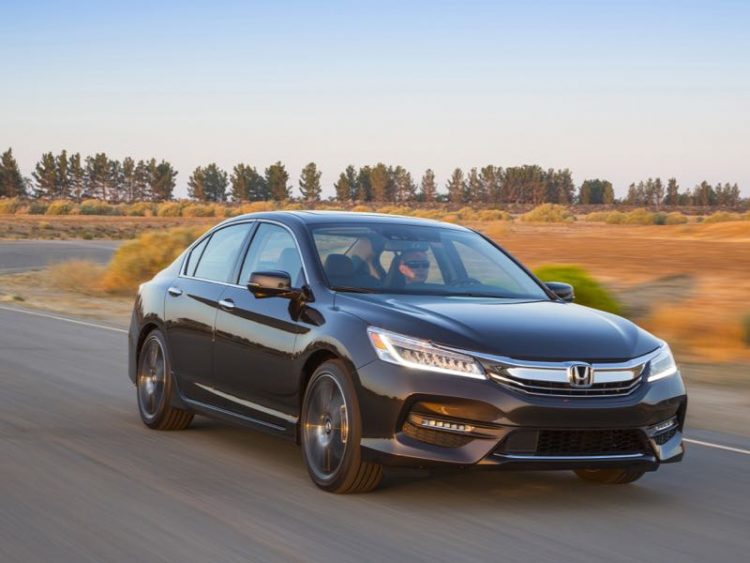 Engineers also gave the 2016 Accord the latest safety technology on all trim levels that includes lane keep assist, road departure mitigation, lane departure warning, adaptive cruise control, and collision mitigation braking with forward collision warning. At times these technologies seem intrusive but they can detect and react to situations faster than most human drivers and although they may add to the bottom line of the vehicle, one cannot truly place a price on safety for your family, can they?

Powertrains have remained the same and our recent tester arrived in Touring trim with the 278hp 3.5-liter Earth Dreams V-6 engine with variable cylinder management allowing the engine to operate on three or six cylinders as needed. This can be paired with a six-speed manual transmission or a six-speed automatic gearbox with grade logic control and steering wheel mounted paddle shifters. No real changes in this department and Honda still offers the Accord Hybrid as well and recently Honda has announced some additional electrified Accords in the near future. 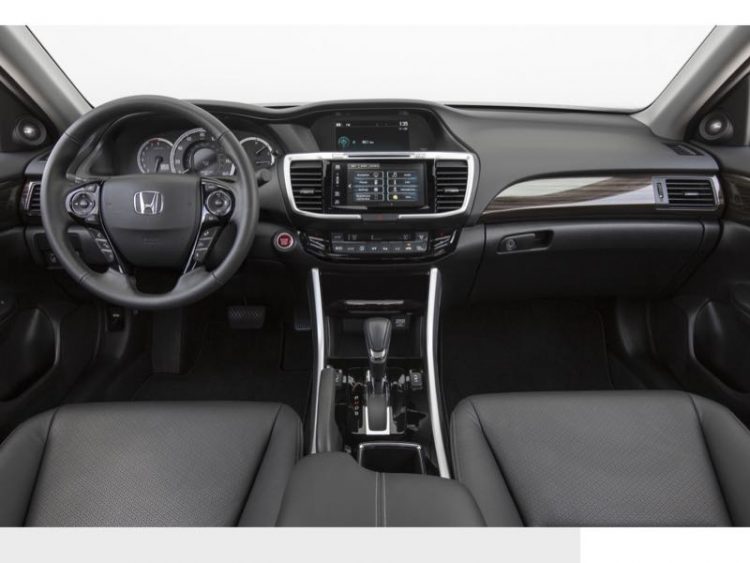 Inside the new Accord there are only a few upgrades for 2016. These include remote engine start, heated rear seat option, new HD radio, and the addition of Android Auto and Apple CarPlay technologies. The rest is the same comfortable, spacious interior we came to love in our last reviews of the ninth-generation Accord. While the Accord interior is quite tech forward (especially in Touring trim), it can be a little intimidating for those preferring a more traditional cockpit. For those I would recommend one of the lesser trim levels that sees the reduction of one of the center stack display monitors. 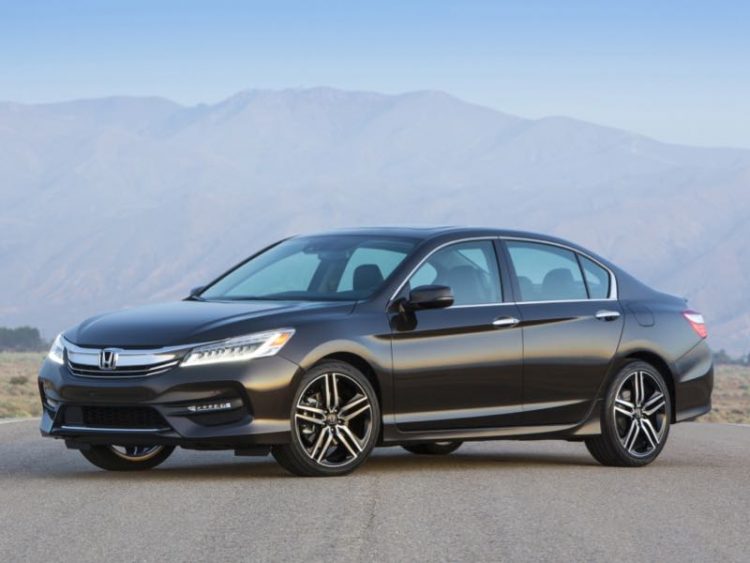 Pricing for the 2016 Honda Accord begins at $22,205 for a base LX four-cylinder with manual transmission. Our Touring model tester arrived with a final window sticker of $35,400, very competitive for a loaded midsize sedan these days that even sees the Korean models attempting to match. Fuel economy for the V-6 is rated at 21 mpg city and 34 mpg highway. 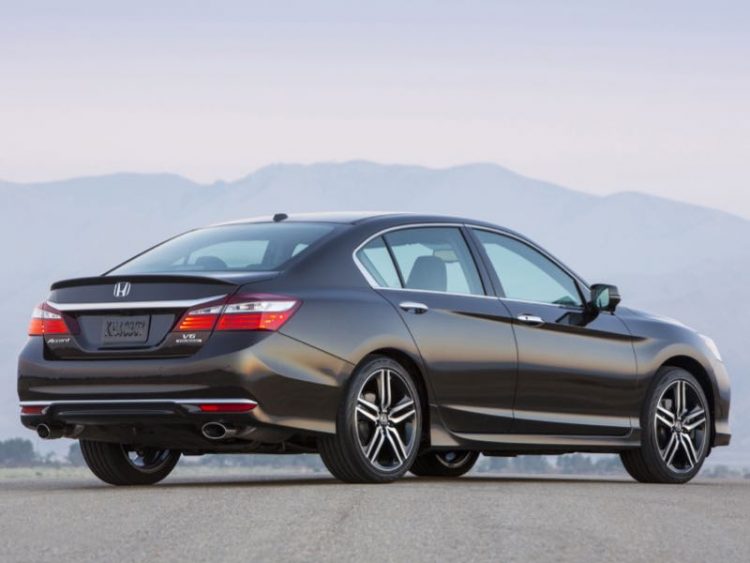 Competition in the midsize sedan class remains very stiff as this segment historically sees the most sales among U.S. car buyers. With that, Honda has taken up the task to get a step ahead with the improvements made to the 2016 Accord. Without a doubt the others will be updating their models as well but the Accord upgrades are well received and greatly appreciated!