It should be common sense by now, but since concepts like Lumidiet exist, apparently this isn’t clear to everyone: magic belts cannot zap away your fat, either through vibration or LED lights. Lumidiet’s Indiegogo campaign is an especially egregious example of these false and misleading gadgets. 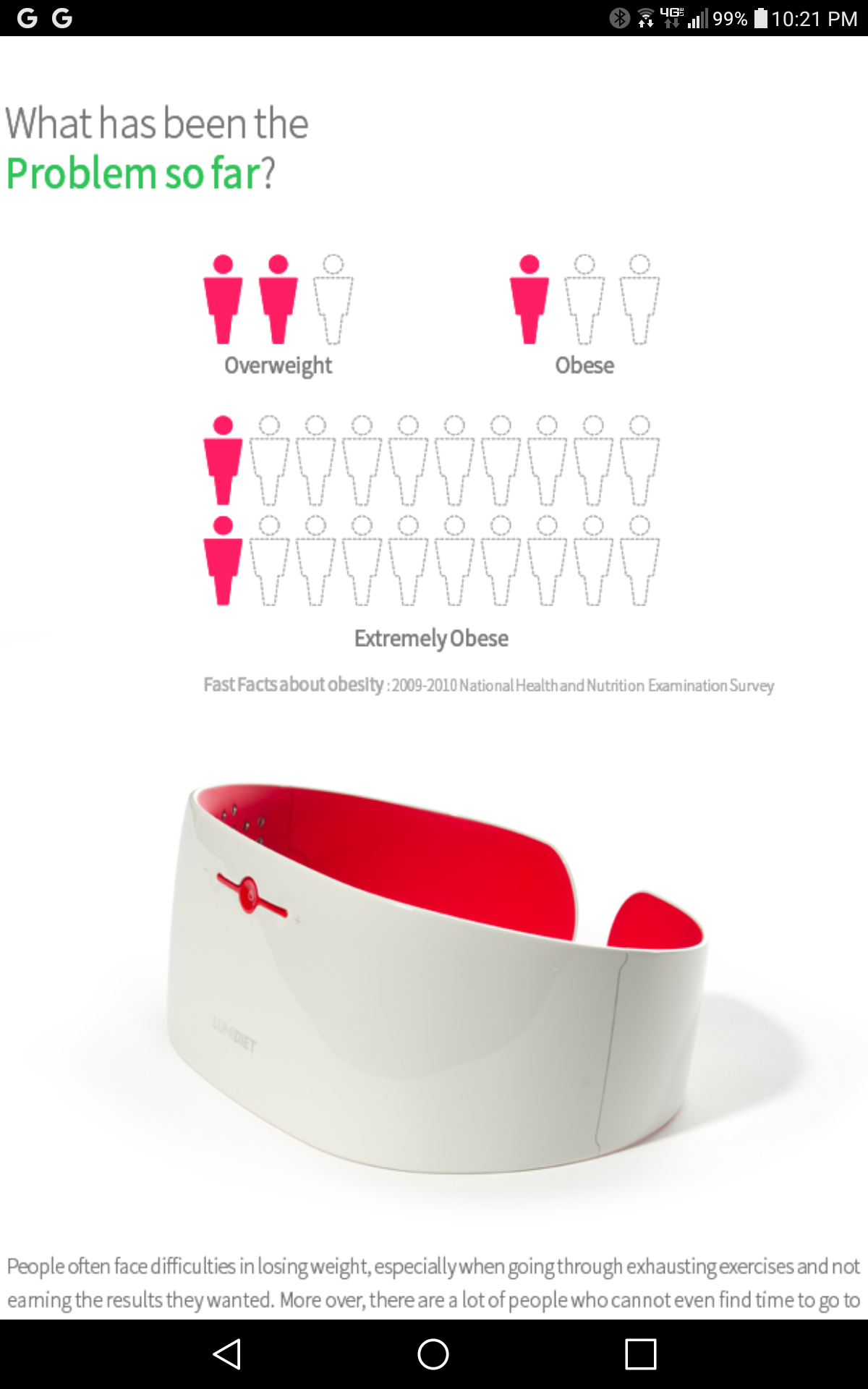 Basically, the folks behind Lumidiet claim their special belt gives off LED light that makes your cells burn fat. The basis for their claims, as far as I can tell, are a very statistically shaky study, plus falsely representing the work of a Harvard researcher. They also employ some very impressive smoke and mirrors about science, which would probably give them a passing grade at the 9th-grade science fair but is hardly medically sound as a diet plan.

Let’s start with their “studies”. They had a control group of 20 people as well as a testing group of 20 using the Lumidiet. They say the 20 with the Lumidiet simply used it in conjunction with their regular routine and they showed greater weight loss, but there’s a slew of flaws here. For starters, 40 people are hardly enough to draw larger conclusions. Second, there should have been a placebo group used as well. Third, there’s no indication they monitored or adjusted for anyone’s diet, age, or workout routines. Their second “study” consisted of 4 people who all lost weight and gained definition, supposedly from wearing the Lumidiet before working out. Four people. That’s it. You can find more people in a CVS at 3am than Lumidiet used in a study designed to demonstrate their product. Something stinks, and it’s not just that I just worked out and haven’t showered yet.

About those scientific studies, by the way…if you look at the Indiegogo page, you’ll see they quote abstracts and specific lines from scientific studies of low light LED therapy, but they don’t link to any of the studies. That appears to be because the vast majority of research on LEDs and health isn’t focused on magic weight loss belts, but in treating strokes, cancer, and other major medical issues. The Harvard researcher whose name and quote are prominently featured on their Indiegogo page doesn’t even do obesity research. His biography and website clearly show he does do low light LED therapy studies, but mainly with a focus on cancer. I couldn’t find a single reference to LED therapy as a weight loss tool on his page, so Lumidiet’s use of his name is extraordinarily disingenuous at best.

Even before I started looking into Lumidiet’s claims I was skeptical, mainly because of the science fair presentation quality of their entire pitch. They go into deep detail about how light works, and use simplistic graphics to remind us the world is getting fat, then they hit you with their magic mystery belt. It looks and reads like an attempt to sound intelligent and confuse the reader into believing the entire pitch is scientifically sound, since the intro sounded right. Again, whether it’s an attempt at defrauding backers with shaky science or just am attempt to pad out the pitch, it adds to the slummy feel of the whole concept.

It’s entirely possible that LED therapy may provide some temporary or permanent destruction of fat cells. But even if that’s the case, two things seem pretty clear to me: one, the scientific community is looking far closer at LEDs for disease, not fat loss, and two, even if it is partly true, I wouldn’t trust Lumidiet’s claims that they’ve somehow compressed cutting-edge research into an affordable crowdsourced belt.

For now, if you want to lose weight and have more definition in your abs, you’ll have to do it the old-fashioned way; eat less, move more. Start by running from Lumidiet on Indiegogo, and you’ll be fitter and you’ll save money!