Apple held their Worldwide Developer Conference today. The public portion of the event was the keynote which clocked in at almost 2 hours and featured a top-down review of the highlights expect in what Apple identified as their four foundational  platforms – watchOS, tvOS, OS X (later rebranded as macOS) and iOS. 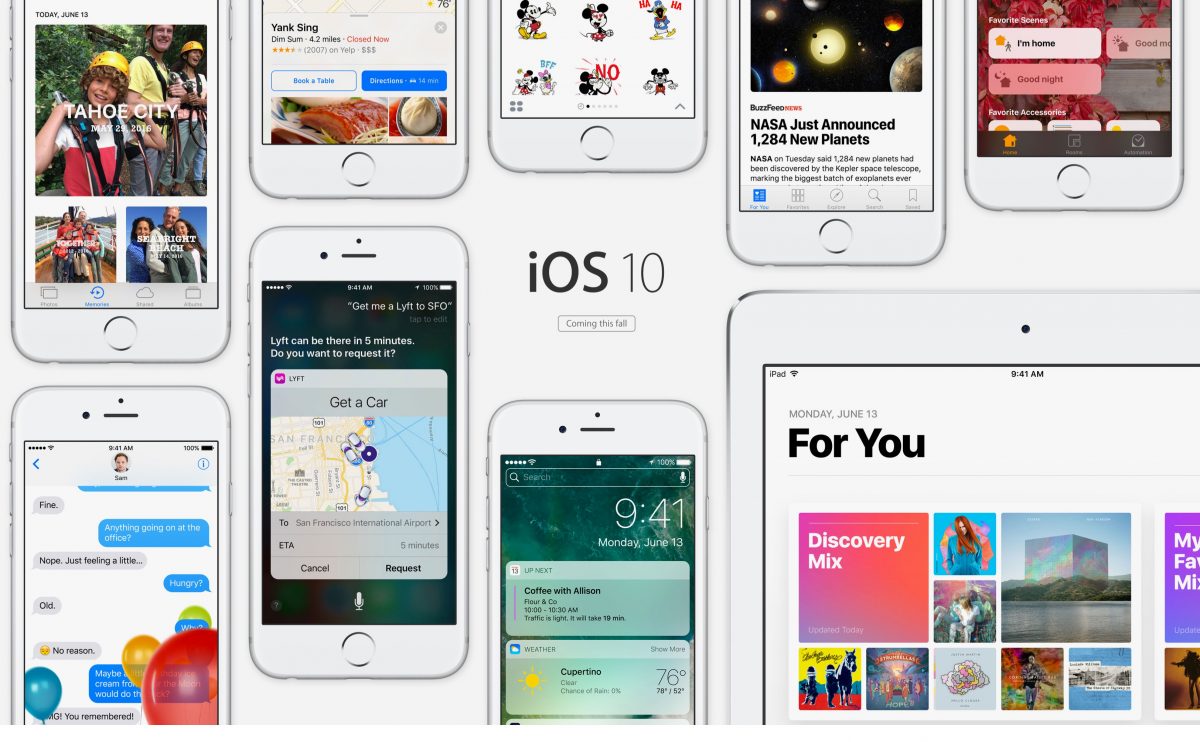 Here’s my summary of what I found to the be the most noteworthy announcements. 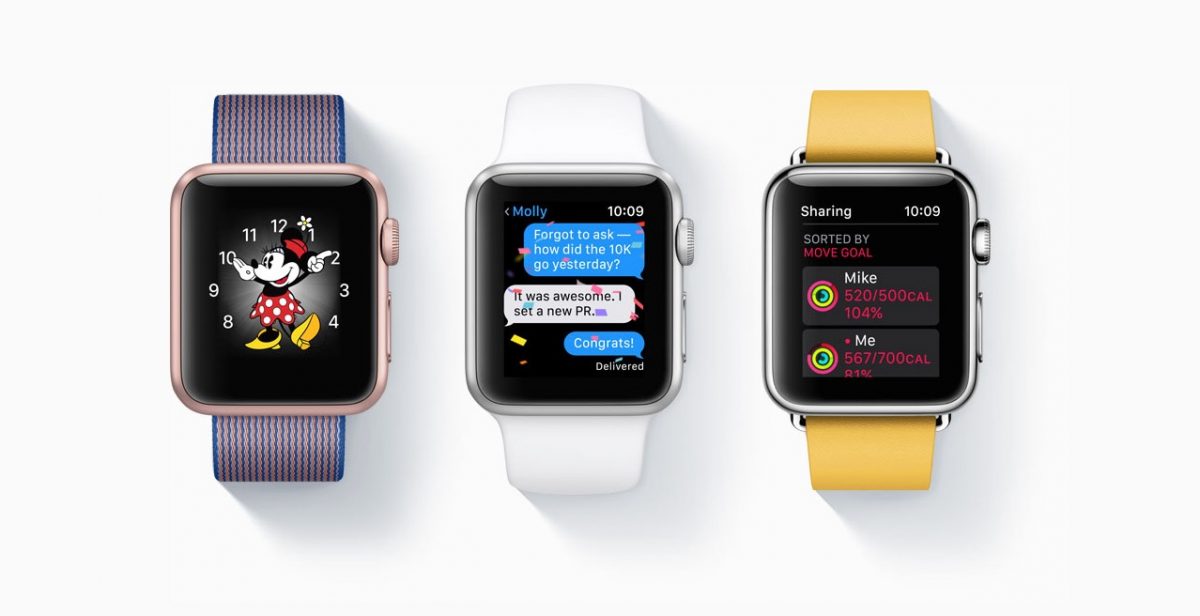 Most of the watchOS demo centered around the watch becoming faster to open and execute applications. While this may not appeal to everyone, the demo was quite compelling when it showed watchOS 2 opening an application vs watchOS 3. Speeds were literally night and day faster on watchOS 3. Now let’s see how it works in the real world with your favorite application(s). 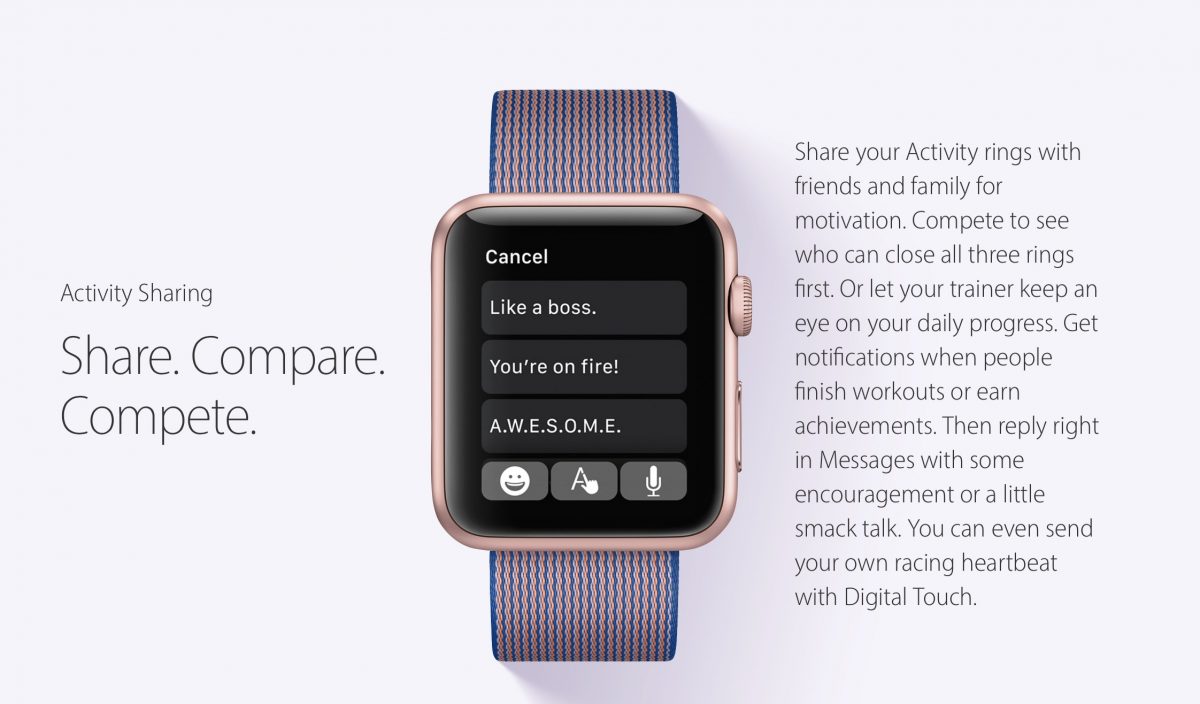 Activity sharing is coming in watchOS 3. What this means is you’ll be able to compare daily fitness progress with friends – pretty much like you do now on the Fitbit application.

As a Fitbit user who regularly enters contests with groups of friends, I was initially excited to see this capability. Now that the demo has passed I’m reserving judgment until I can try the implementation.

I don’t want to fidget with knobs and buttons on a tiny watch while I’m sweating. If this new feature doesn’t feed data to my iPhone where I can browse it after my workout then I can’t see myself using it more than once or twice.

Fitbit challenges have a number of shortcomings but the biggest one I’m looking to overcome is having to wear both an Apple Watch and a Fitbit Charge. Hopefully, Apple activity sharing will prove a viable Fitbit replacement so I can get a redundant fitness tracker off my wrist. 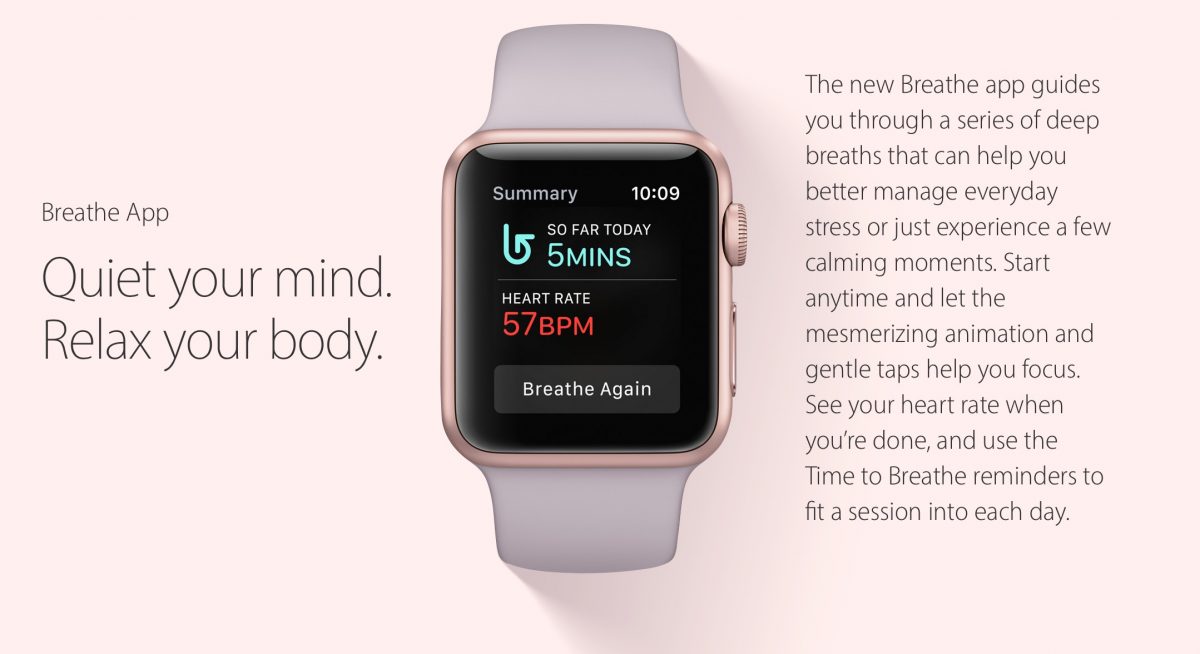 My vote for the new watchOS feature “least likely to be used ever” is the Breathe App. Seriously this is an app which reminds you to breathe.

Seriously this is an app which reminds you to breathe.

And they say Apple can’t innovate …

The one thing that drives me crazy when setting up Apple TV is the need to separately authenticate every single application.

From the start, Apple clearly should have built-in a central place to enter your passwords (usually your cable tv provider login) and then allow all applications to authenticate through that one login.

Now you may be able to do this (YEAH!). I say may because I am not sure that single sign on will be available for every cable provider. I’ll reserve judgment on this feature until I can actually test it with my local provider.

All I can say is that if it works – it’s about time! 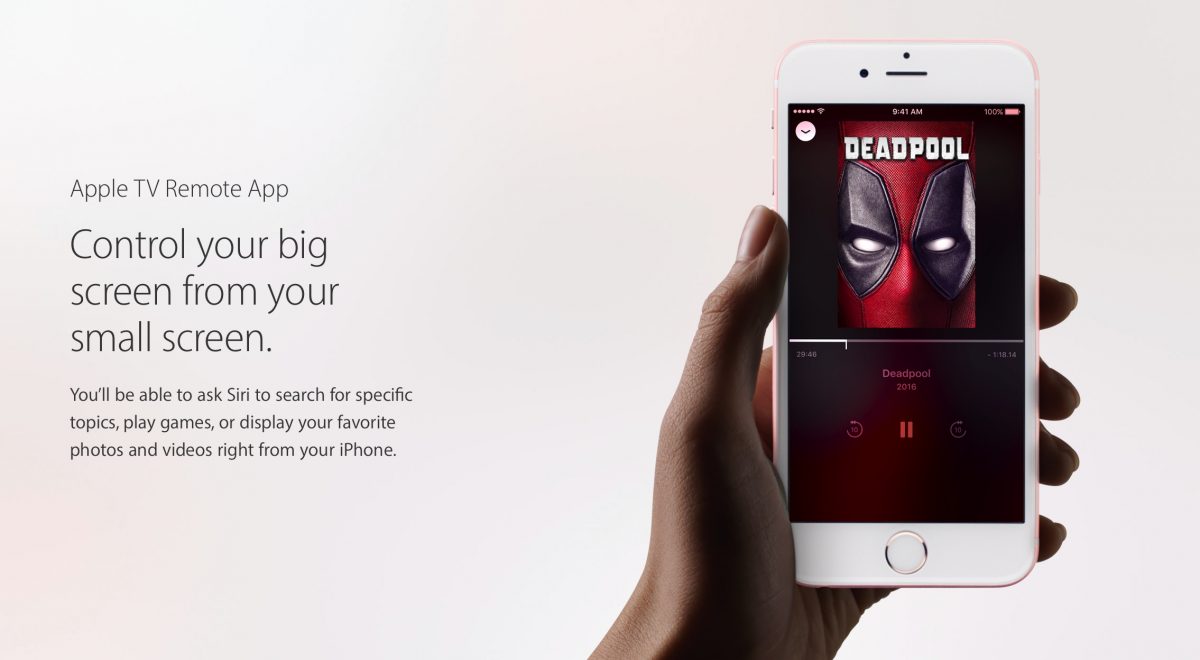 There’s a new Apple TV remote app which looks cleaner and lets you interact a little more with Siri.

Having used  Apple TV for a little over 9 months I can count on half of one hand the number of times I have used Siri to find TV shows.

I don’t expect this new app will make Siri any more vital to my TV viewing, but it made for a good demo.

Apple rebranded OS X to macOS. They announced that Siri would now be available on the desktop, and that developers would have even closer access to write “hooks” into Siri for deeper integration.

I don’t use Siri an awful lot because I find she mostly dumps me out to web searches, and I’m perfectly capable of doing on my own.

However, Siri is good when you ask her a question like “when is _____ store open until tonight?”, and she can answer natively versus dumping you out to a web search.

Hopefully. Siri on macOS will be able to answer more questions natively. I don’t think we’ll know for sure until the final release happens in the Fall, though. 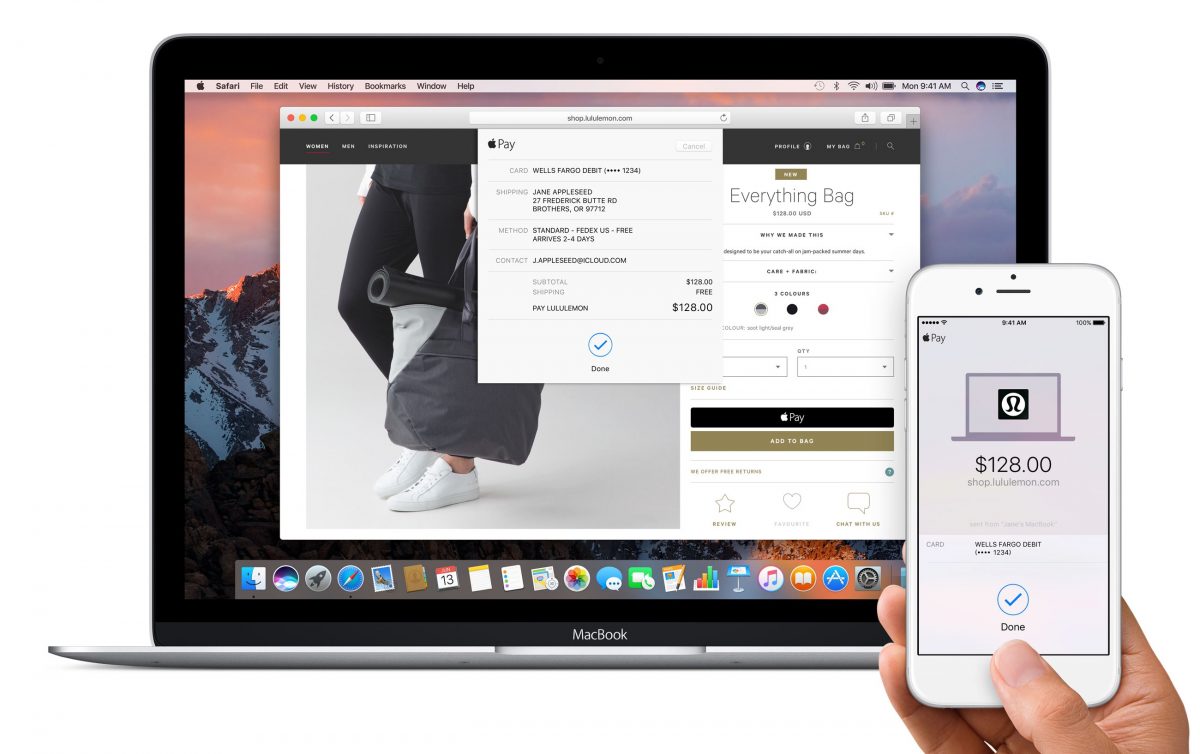 Apple Pay On The Web

You’ll now be able to use Apple Pay on the web more easily now, by authenticating with touch ID or clicking the button on the side of your watch. I predict I’ll use this exactly never. 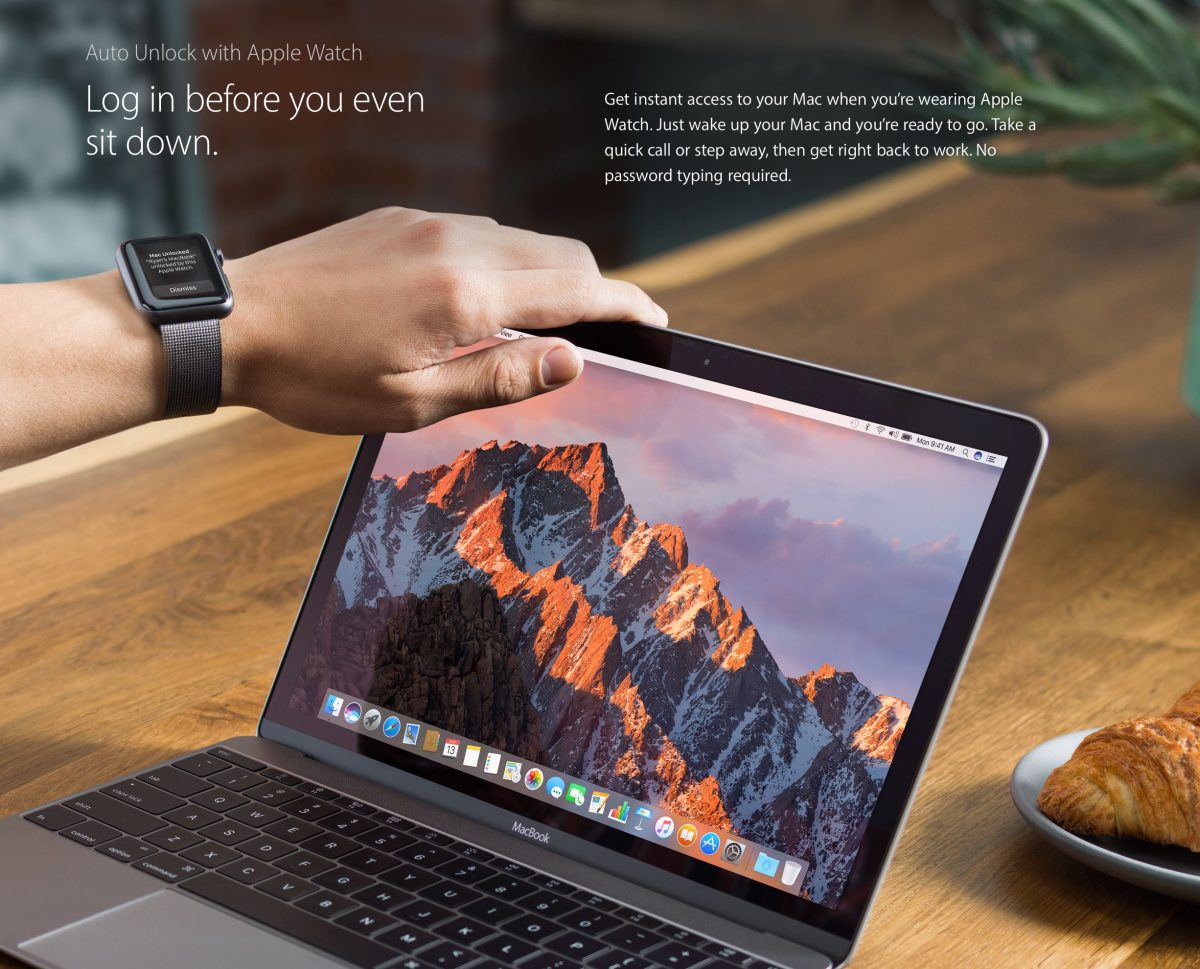 This is one macOS feature I was excited by.

Instead of stumbling downstairs in the morning and trying to key my password correctly to my iMac, I’ll now be able to automatically unlock my macOS device simply by waving my watch nearby.

But I’m not entirely sure why it took so long for Apple to develop it. 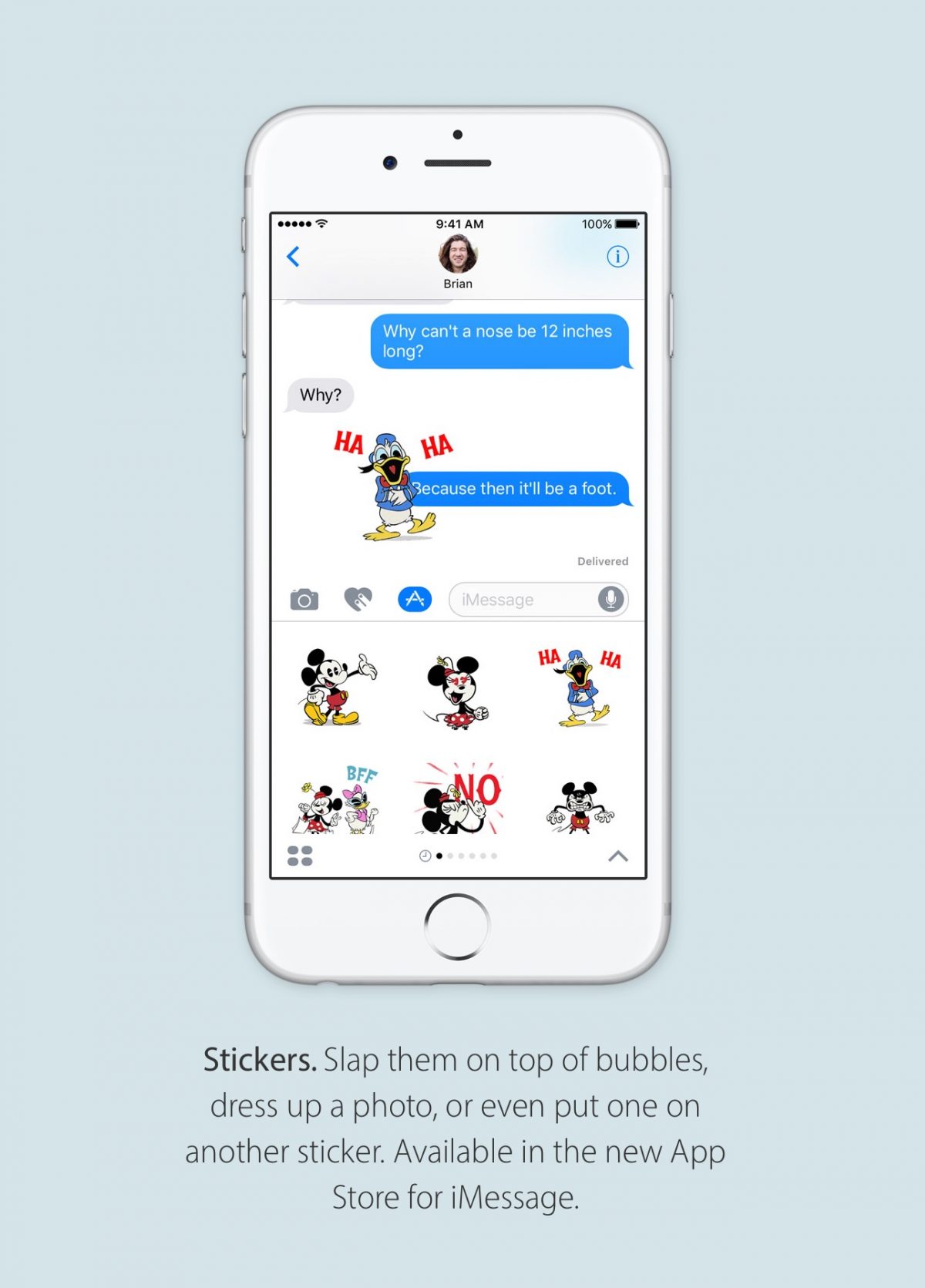 As someone who owns and uses both an Android and iOS device, I was curious whether the rumor about iMessage coming to Android would be true (it wasn’t).

Instead, Apple announced they were adding pretty much every feature in Facebook Messenger into iMessage.

I use iMessage quite a bit, and the new features seem cool.

I’m hoping I won’t be constantly clicking in a wrong area and opening stray windows that slow my message typing speed, though.

Apple didn’t announce an Android version of iMessage, but I could see them building up to a potential future announcement should there be a way they  find to make money off Android users of iMessage. 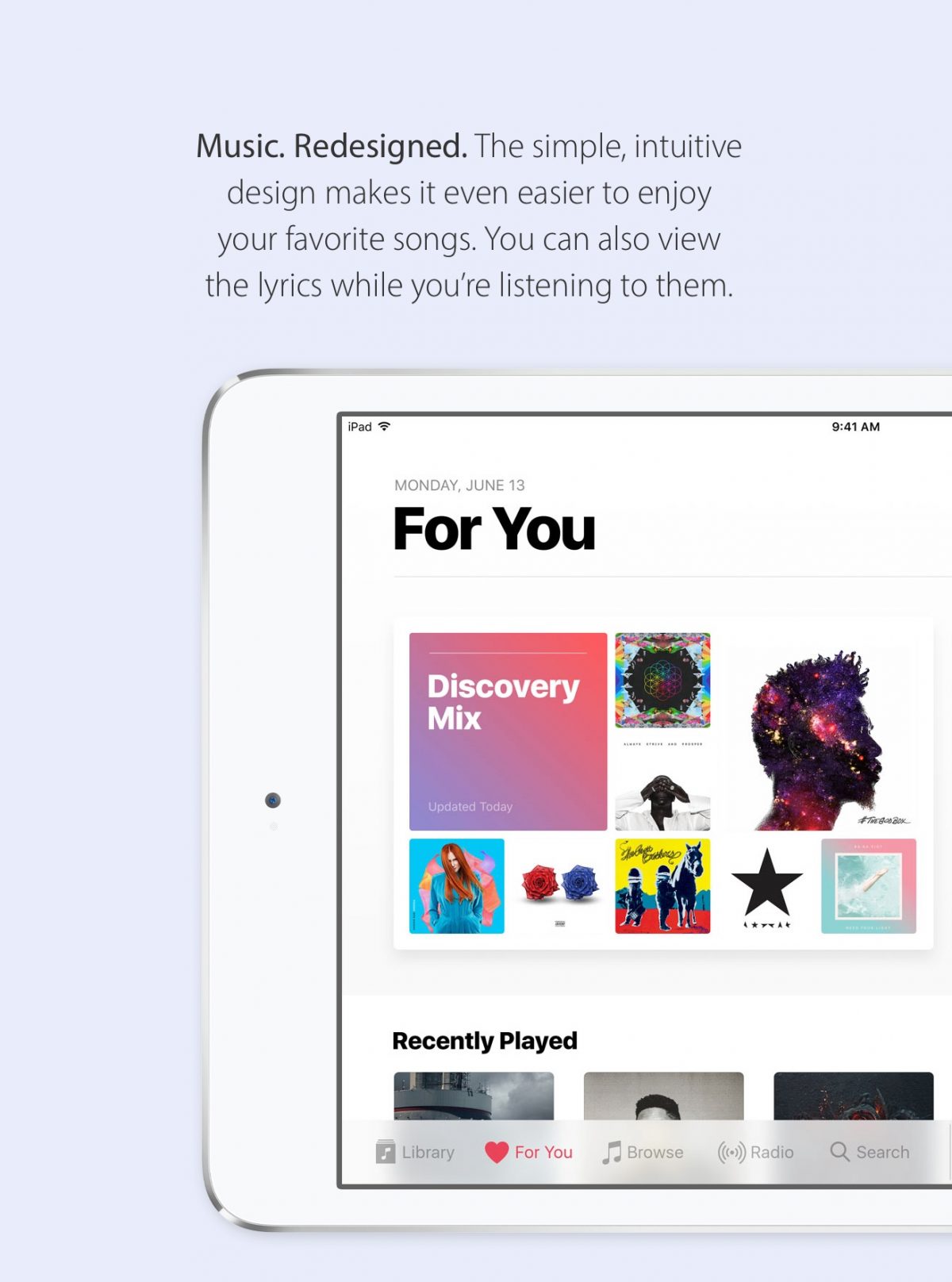 Here’s a shocker – the nasty looking old Apple Music interface got a redesign.

I’ll reserve judgment until I get a look at the new UI up close. Until then I’m glad that Apple decided to touch up the many rough edges. 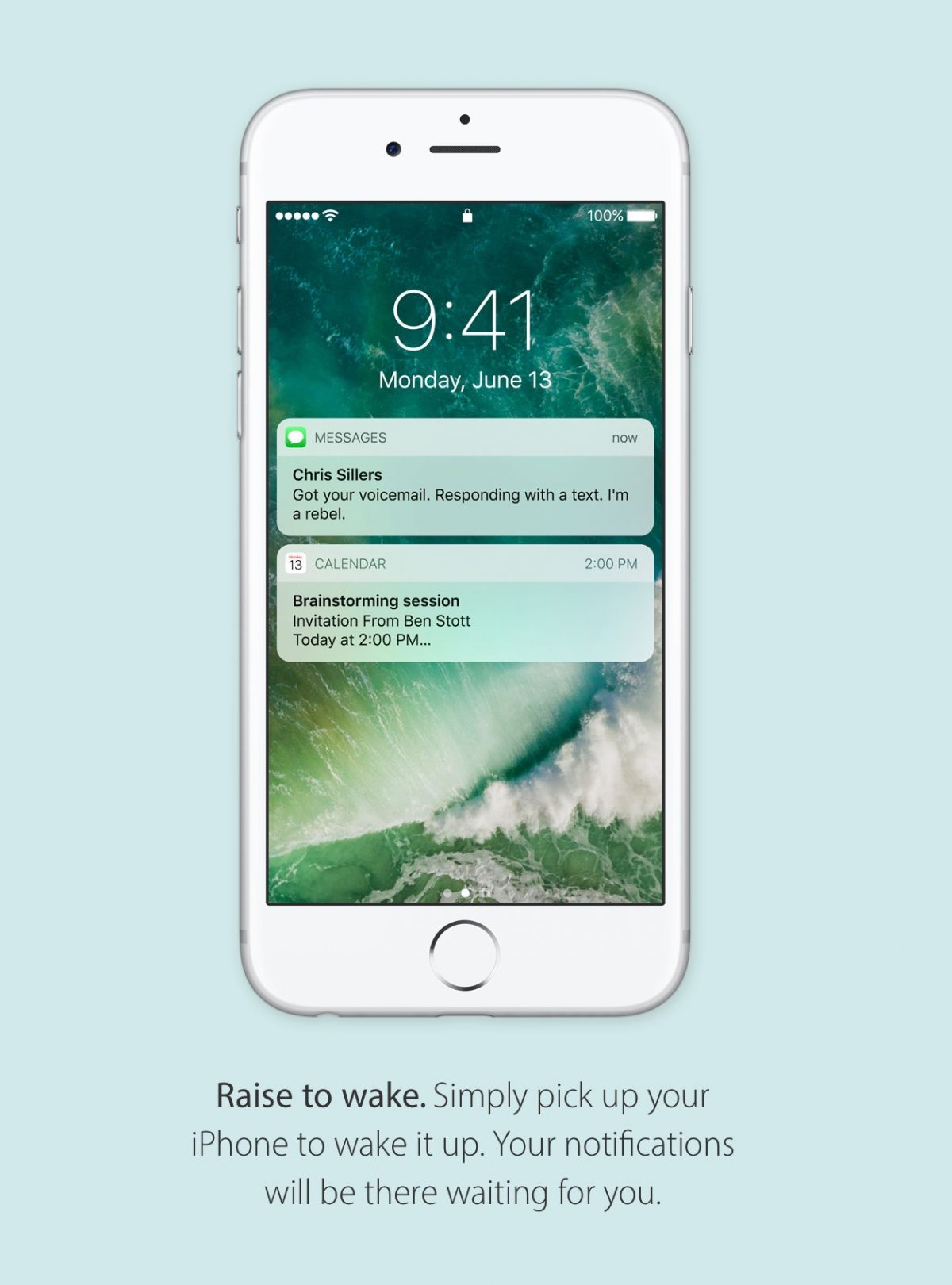 Notifications got two tweaks which caught my attention.

The first is you can raise your iPhone to view notifications on the lock screen. No more accidentally unlocking your iPhone because you tapped the button to view a notification.

The second is a new option to “clear ALL notifications” from the notification screen. In prior releases, you were forced to clear notifications day-by-day.

These are but a few of the enhancements which caught my eye during today’s WWDC keynote.

There are lots of new features, and you can review each of them at the official Apple recap site here. The reactions I’ve read from others online seems to be one of amazement or indifference.

Unless there’s a hidden feature or two which Apple didn’t spotlight during their two-hour keynote I don’t see myself running out to upgrade my iPhone hardware just to take advantage of a new iOS. This seems to be one Apple iPhone cycle where an incremental iOS update is the best most of us have to look forward to.