With its latest iOS app update, Facebook has brought their new Marketplace to the masses, allowing users to swap and sell products and services as if it were Craigslist. Just one problem: Facebook’s moderation of these posts is severely lacking. I’ve seen a number of “items” for sale that appear to be illegal, including apparent prostitution posts. 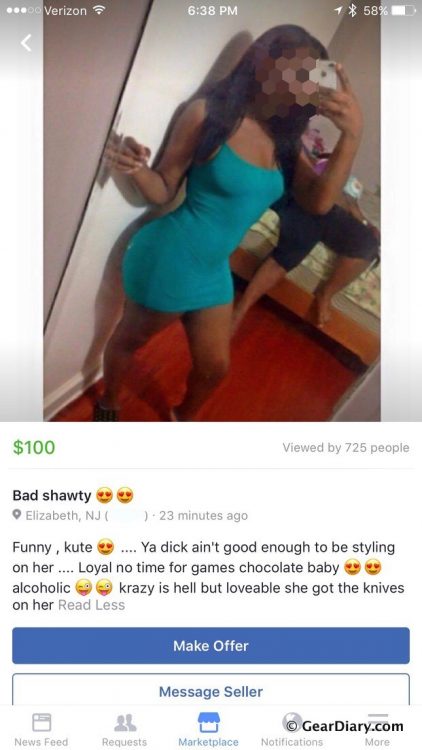 While my wife and I are members of a number of local Facebook “swap” groups and have utilized them often to buy and sell children’s toys or household items, this new Marketplace feature appears to be something completely different.  The local swap groups are moderated by community volunteers who personally approve each request for group membership.  The volunteers also enforce strict guidelines for each post, including types of items for sale, locations of the sale, and more.  Below is a screenshot of what the Marketplace feed looks like in a perfect world.  Unfortunately, there have been a number of scantily clad women and men on my Marketplace feed today.

The big problem with Facebook’s new Marketplace is that moderation of the items for sale appears to be extremely slow.  With casual browsing, I’ve seen at least three obvious posts offering prostitution, and several thinly veiled potentially sexual offerings.  See the above and below screenshots for two examples of the suggestive posts.  Not only does Facebook appear to not be moderating the posts before they’re made public, they’re not removing them quickly enough.  The posts I’ve published in this article were seen by at least 725 and 1,125 people respectively before they were taken down. 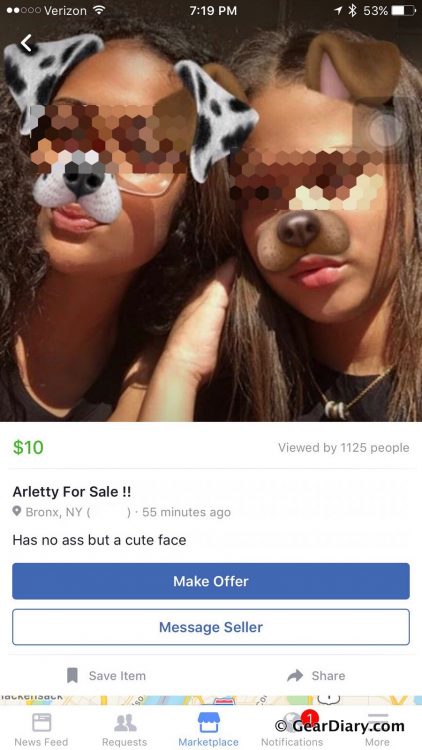 My biggest problem with this issue is that there are millions of children using Facebook on a daily, and let’s face it, minute-to-minute basis.  They should not be exposed to such illicit material and offers.  Prostitution isn’t the only illegal item being sold on the Marketplace, Business Insider also has found drugs being bought and sold on Facebook’s Marketplace.

While yes, Facebook’s Commerce Policy expressly prohibits selling these types of items, Facebook needs to step up their moderation game and ensure that these posts don’t hit the public eye until they’ve been reviewed for compliance by a Facebook moderation team.  Until then, you may want to keep your kids off of Facebook and give them a book to read.

*We blurred the faces and removed zip codes for the questionable Marketplace offers.