I have a love/hate relationship with phone cases. On the one hand, I like to keep my devices protected. On the other hand, I have a hard time balancing protection with style. I may have finally found my ideal case in the Poetic Affinity for my new Moto Droid Z Force! 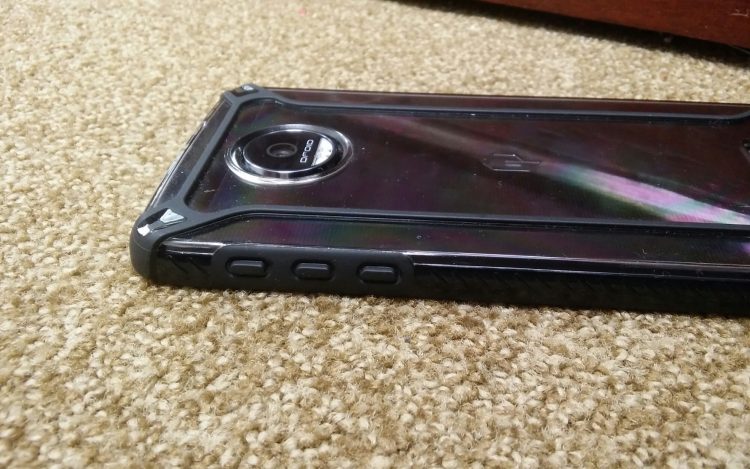 Casing any of the Z-family phones is inherently a tradeoff. You can slap a style shell on it, but that doesn’t protect the sides or front. Verizon sells a bumper case that works with the Moto Mods and style shells, which works quite well if you want to go the mods route. My issue is that I don’t particularly love the wood shell included with the phone, nor am I super excited about the other styles currently available.

The Verizon bumper is phenomenal for the front of the phone, but it barely has a lip around the back due to the need for space for mods. So if I was ditching the wood back, I needed a full body case. My main criteria were twofold: I didn’t want to spend a great deal of money, since there’s always the chance I might return to the Moto Mods/bumper combo in the future, and I wanted it to be reasonably slim but protective. I spent an inordinate amount of time on Amazon, and decided to take the plunge on the Poetic Affinity case, despite the lack of user reviews. I knew the Poetic brand, plus it was only $9.95 with Prime shipping! 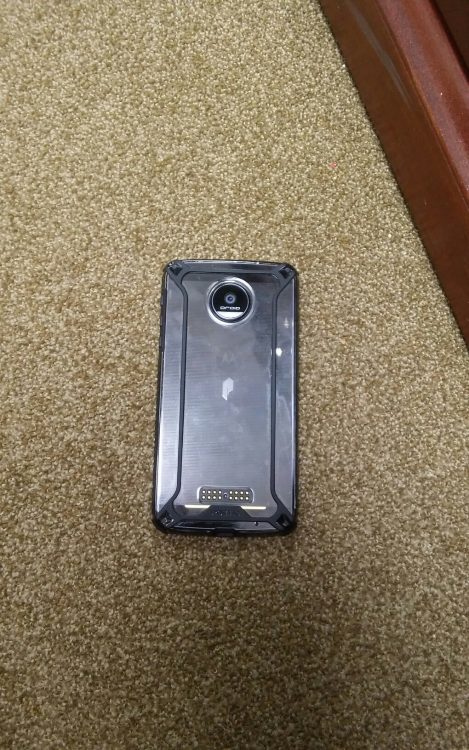 The Poetic case is clear plastic plus a TPU rim, with TPU lines running down the back. It’s also ridged on the sides to give it more grip. Volume and power keys are covered, and the cutout for the USB-C port is big enough to accommodate everything I’ve tested so far. There’s also precise cutouts for the microphones at the top and bottom, and the camera cutout has a slight slope to better protect the fact that it sticks out without a mod attached.

The one quirk is that Poetic left a cutout where the Moto Mods attach; my guess is that this is a design choice from before the case makers had a clear idea of how the mods worked. It wouldn’t surprise me if future iterations of the case closed the cutout, but the connectors don’t stick out or have any edges that could catch lint or be scratched, so it doesn’t bother me to see them exposed. Overall, the case feels very solid and comfortable to hold. The ridges give the phone some grip, and Poetic rounded the back edges slightly. 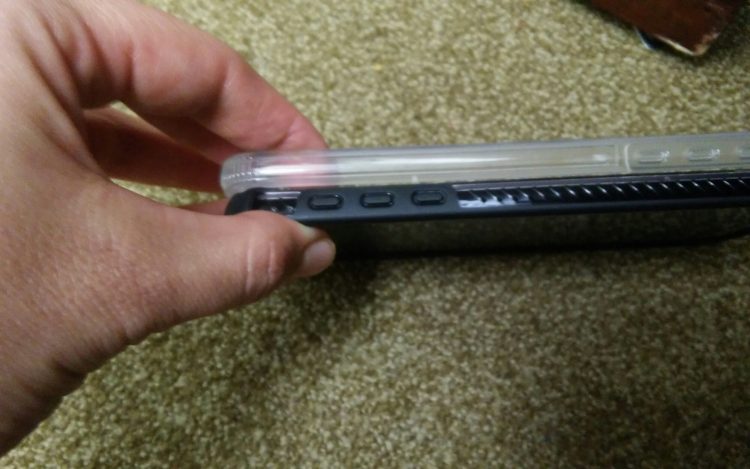 Most importantly, the case is remarkably slim for the protection it offers. Even with the corners bumped out slightly for impact protection, the Affinity case is barely a shade thicker than the Verizon bumper, but it covers the whole phone! Admittedly, the tradeoff is that the lip around the screen is not as deep as the Verizon bumper, but it’s certainly fine for laying the phone face down and not touching the table. Anything more catastrophic than that, well, that’s why the phone has a Shattershield screen.

Poetic also has an advantage because without the Moto Mods, the Z Force is a very thin phone. It’s thicker than the other Z family siblings, but it’s still really, really thin. For comparison, my last three main phones were a Nexus 6, an HTC One M8, and a Nokia Lumia 928. All three of those phones clocked in just about 9.5mm-10mm in thickness while the Z Force is only 6.98mm. It might not seem like much, but 3mm is roughly the equivalent of the thickness of a penny and nickel stacked together. Suddenly that’s a bigger difference!

Overall, I am quite pleased with the risk I took buying the Poetic Affinity for my Moto Z Force Droid. It maintains the thin profile of the phone, but offers enough grip and protection that I can rest easy. If you have a Z Force Droid and you aren’t using the mods, the Affinity case is a great deal!

What I Liked: Rubber around the edges for drop protection; precise cutouts; maintains low profile.

What Needs Improvement: Cutout for the Moto Mods is unnecessary and exposes the connectors.