When I first read the SpiderLight Holster Kickstarter campaign presser sent to GearDiary by Spider Camera Holster, I was a bit skeptical. I have seen a lot of new gear pop up on the market and so much of it did little to aid or improve my images or my shooting routine. SpiderLight changed my mind. 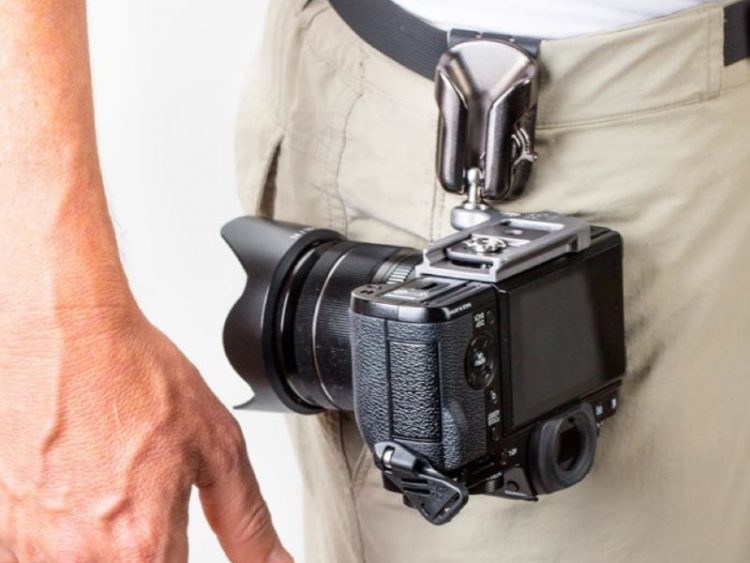 Interested in testing a unit? Umm, yes, please. This is not the first item to be released from the company, in fact, they show to be founded in 2009 and have a Pro system already being used by professional photographers around the globe. SpiderLight Holster is a system for the smaller cameras being used by professionals and amateurs alike. It can accommodate the smaller mirrorless cameras on the market as well as the glorified point and shoots such as my Canon SX60HS. 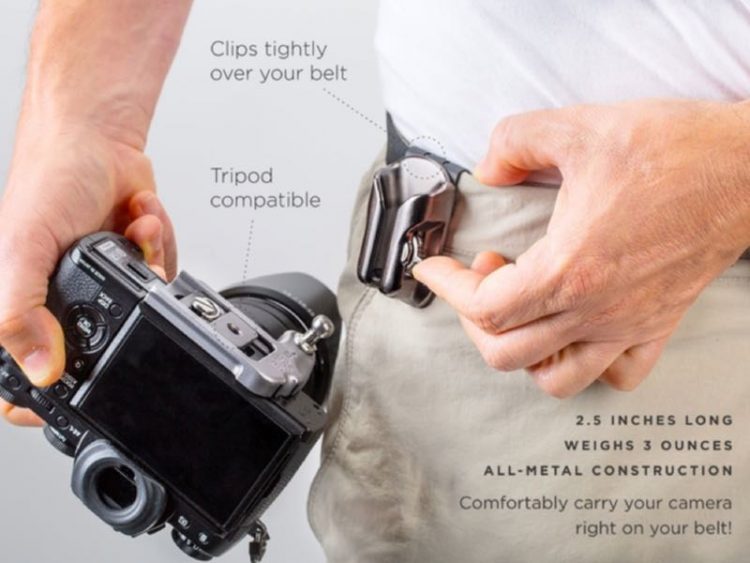 The Spider Camera Holster idea is to remove the traditional camera strap from the camera (blasphemy, right?) and instead have the camera(s) carried on the hip via a belt system or belt clips. The new SpiderLight Holster unit features a two-piece arrangement made of lightweight metal for strength with the plate attaching to the bottom of your camera via the standard thread mount and the clip attaching to your belt.

I chose to test SpiderLight Holster at the grandsons’ soccer games and no sooner did I slip the clip on my belt and drop the camera into the holder than the boys came running. Without having to worry about a camera on my shoulder on a strap I was able to grab the boys and begin having fun with them pregame. The younger immediately was drawn to the camera as he is the tech-monkey. Try as he did he could not get the camera off my hip. This will work for would-be thieves in the real world, too. A lever on the side of the belt clip allows for locking the camera in place for security and the second position opens up the locking pin to allow quick and easy access to the camera when it is time to shoot. 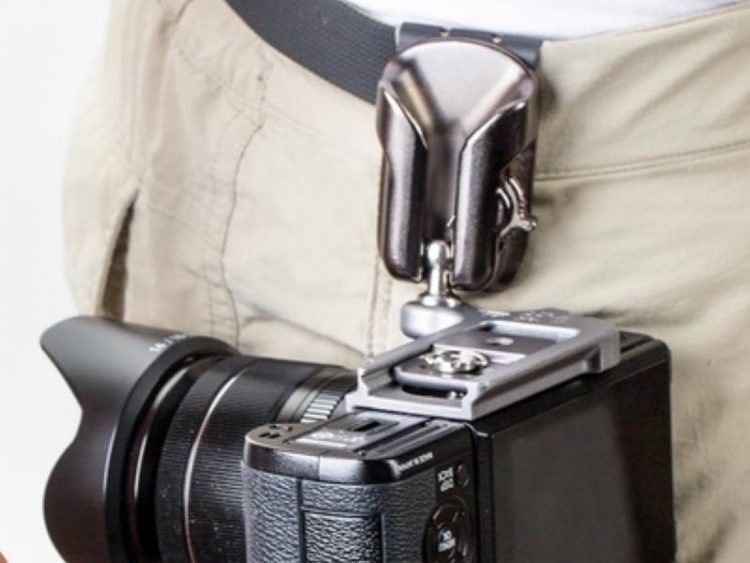 My second concern (other than would this weight on my belt pull my pants down) was having the camera bang against my hip while walking around the sidelines. No problems with that as the camera seems to swing fore and aft naturally and the swivel pin holding the plate in the clip puts the camera just far enough away from my body to let me know it is still there but with minimal contact. The entire, simple system was quite intuitive, and although Spider Camera Holster provides instructions, I found I never needed them. For those concerned about losing the tripod socket on the bottom of the camera there is a set of threads in the adjustable slider in the plate mount and the slider plate itself is designed with an Arca-Swiss compatible mount built right in. 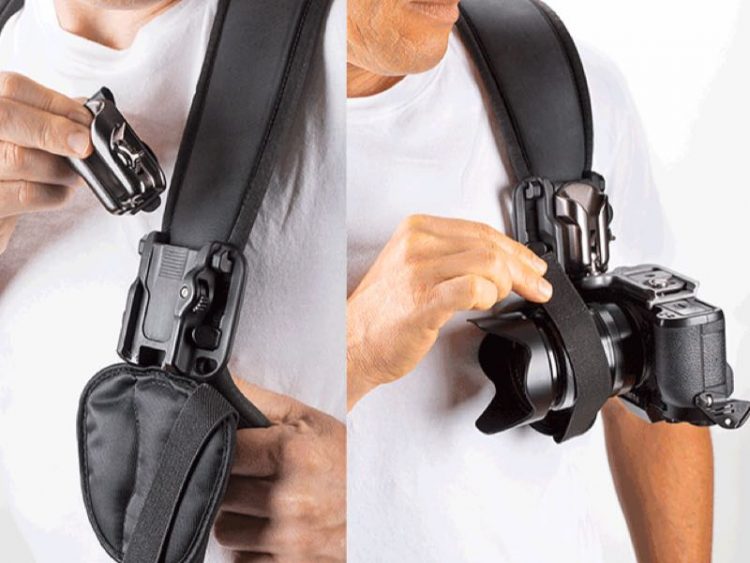 The SpiderLight system is expandable as a Backpacker unit as well and soon the Backpacker kit will be offering a GoPro mount in addition to accommodating the SpiderLight Holster. Seeing this setup on the company website I believe this is the arrangement I would order. And for those who just cannot give up some type strap attached to their camera, Spider Camera Holster will offer the Spider Web Tether.

The Kickstarter campaign is under way for the SpiderLight Holster system. Several levels are offered from the base system, as I tested, all the way to a dual camera system along with memory card organizer. Campaign pricing for the base unit begins at $75. Using this new device made a believer out of skeptical me so with the holidays quickly approaching, the SpiderLight Holster may be the ideal gift for the photographer in your family or inner circle. With the expandability of the system, you should not have any problem finding a setup perfect for your active shutterbug. 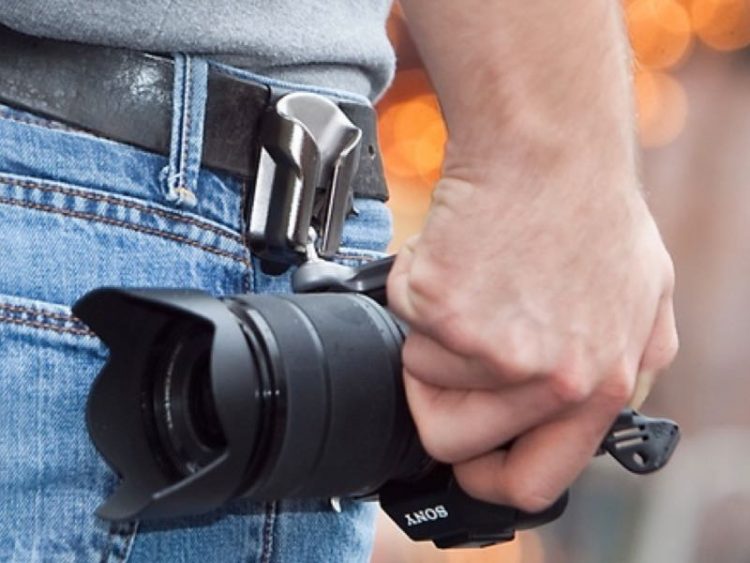 What I Like: Lightweight; Securable; Easy to use; Strong and durable

What Needs Improvement: Nothing at this time, as the system is already being expanded