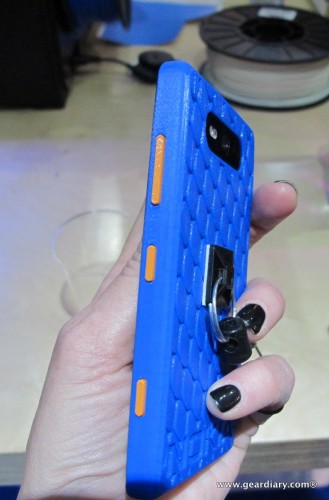 One of the coolest things I saw while at Mobile World Congress was the MakerBot Replicator 2 3D printer printing out a plastic shell for the just announced Nokia Lumia 820 (and soon the also just announced Lumia 520).  I had never seen a 3D printer in action, and I found the process fascinating (and mildly hypnotic). 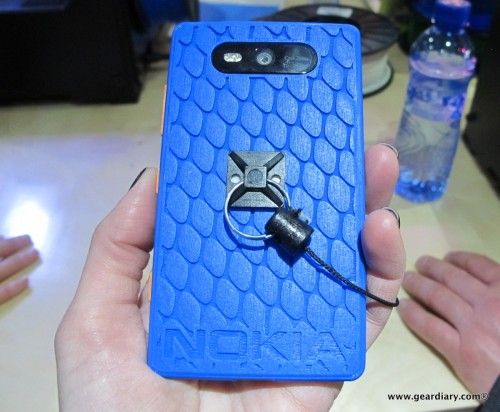 When the MakerBot Replicator 2 is in action, it uses a natural PLA filament to “print”, and it follows a schematic to print row after row of the special plastic compound until the 3D image of the desired object has been replicated. It’s like the object has been cut into hundreds of thin slices, and the printer is reassembling them as a solid object. You can read more about 3D printers work by clicking here. 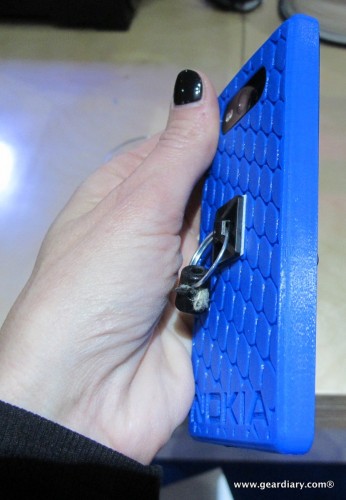 Nokia and MakerBot Replicator 2; a match made in heaven?

I took a quick video of the MakerBot Replicator 2 in action, and while I was doing that, a Nokia rep walked over and offered to give a bit of information about the MakerBot process. These customized shells aren’t and won’t be available for other Lumia models (like my 920) — because those Lumias don’t have removable cases. Watch the video though, and imagine the possibilities! 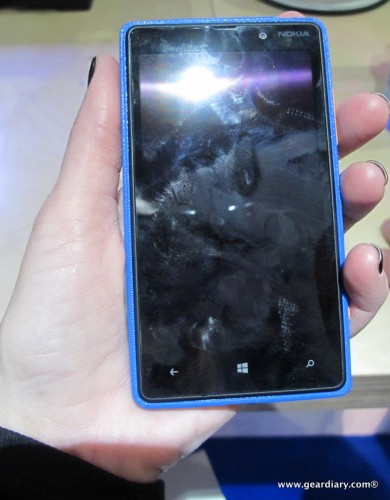 If you happen to be the lucky owner of a MakerBot and the Nokia Lumia 820, you can download the MakerBot optimized files for printing on a MakerBot Replicator 2. What you’ll end up with is a shell that “fits nicely around the phone with fully functional buttons” after about an hour of printing. The choices of different ways the Lumia 820 and 520 shells can be customized is pretty impressive; you can get more information on that, here.

And in case you were wondering, the MakerBot Replicator 2 3D Printer has an MSRP of $2199; it ships with a one-pound spool of the Natural PLA filament, and additional spools of other colors are $48 each. I want one! =P