We see some very odd product pitches here at Gear Diary. Every once in a while, we get one that is odd all by itself, but then the marketing material just zooms it right past ludicrous speed to plaid…and that’s where the Hand Liberation folks landed with The Butt Case.

So first of all, the product itself is a bit ridiculous. It appears to be two large humps with a finger-holder in the middle, which is supposed to be more comfortable in terms of securely holding your phone. 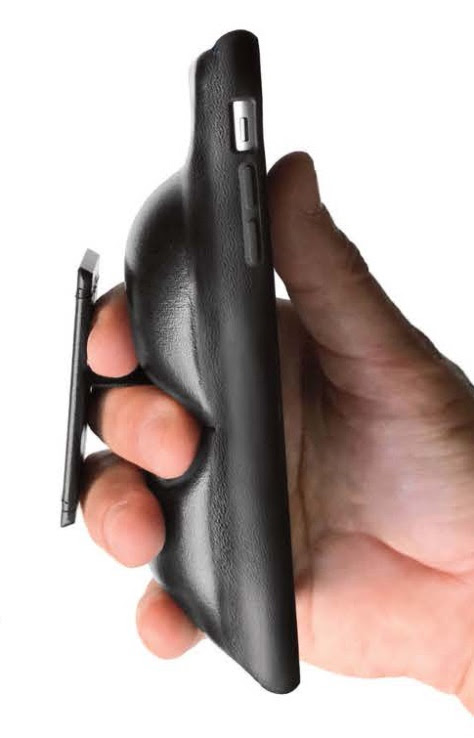 That might be the case, but good luck fitting your phone into your pockets (or using it laying down on a table for that matter). There’s a reason no one makes a case with a giant protruding cushion on the back — it is completely useless in any scenario except holding your phone in your hand. It appears even the Hand Liberation folks agree since they also sell cases with the same finger-grip concept but a flat back, which is a lot more ergonomic for most smartphone users.

But (not butt, yet), in both iterations this is a highly flawed product. For one thing, it’s quite expensive with The Butt Case retailing at $69.99 (but debuting at $39.99 for a limited time). The regular HandL cases are just as bad, clocking in at around $50 each. If you have a need for that kind of finger-grip assistance to hold your phone, there are cheaper and more flexible options available. Flygrip has been around for a few years, and they are significantly cheaper ($29.99), come in more colors, have a kickstand mode, and you can attach it to the case of your choice. Spigen has a similar concept with the Spigen Ring, for only $24.99. Both the Flygrip and the Spigen Ring allow you to create your own gripper/case combo, plus they lay flat when not in use and offer more options, like a kickstand — all for less than any of the HandL cases. Targeting people who need or want that sort of finger grip for their phone is already a niche market, and HandL’s designs and prices aren’t going to get them much foothold. Or finger hold.

Then we get to what really pushed The Butt Case into “Are you kidding me?” territory. First of all, as you saw, the promo photos show a finger resting between the two humps, which can’t be accidental and is kind of juvenile. And there’s no way anyone who sees you carrying one isn’t going to notice that too. Now, you might just stop me here and say I have a dirty mind, but you didn’t see the photo that Hand Liberation included to promote The Butt Case:

Yes, that is a naked woman with her butt covered by the case. It certainly catches the eye, but something tells me the people in marketing didn’t really think this through. They’re sticking a case that’s meant to be grabbed across a picture of a woman’s butt, plus their logo in the upper corner further reinforces how you’re supposed to use the case-an open hand with your fingers on the back. The entire ad is basically a wink to grabbing a naked woman from behind. It’s really crass, and quite frankly unnecessary.

There are plenty of ways to use nudity to your advantage in advertising, and I want to be clear I have no issue with nudity in an ad. My issue is entirely with the implied idea of grabbing a faceless naked woman, which is really creepy. Compare that to a Vibram Five Fingers ad a few years ago: 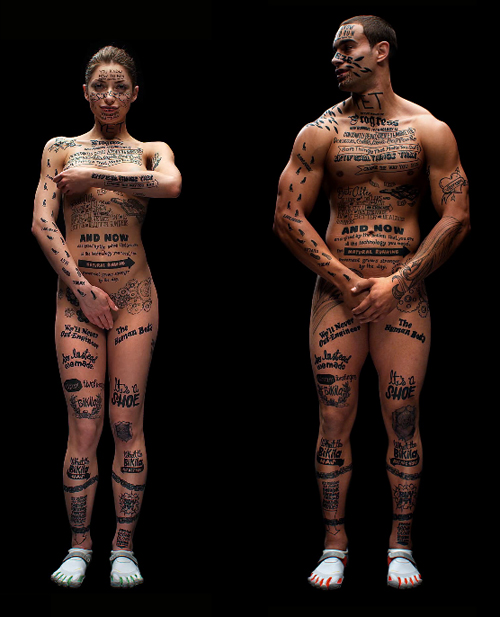 Both athletes are naked except for their Vibram Five Fingers, and they have tattoos all over that praise “natural running” and criticize the running shoe industry. In this case, the nudity is directly related to the product (strip down to the basics, showcase how the human body is already engineered properly and doesn’t need clunky support shoes), and while it’s provocative it also proves a point. That’s a clever, pointed way to use nakedness in advertising that makes sense.

So to recap: We have a case that is significantly overpriced versus the competition, with a questionably useful feature set, and an even more questionable ad. If you need a gripper for your phone, there are plenty of cheaper options — but you’ll have to bring your own butt jokes.