One of the first things you want as a smart home user is a Smart Outlet that will work, even if you don’t have products like smart bulbs, smart hubs, etc. The ConnectSense Smart Outlet not only integrates perfectly into your home, but it’s the only one on the market with a specific set of features unseen in others. 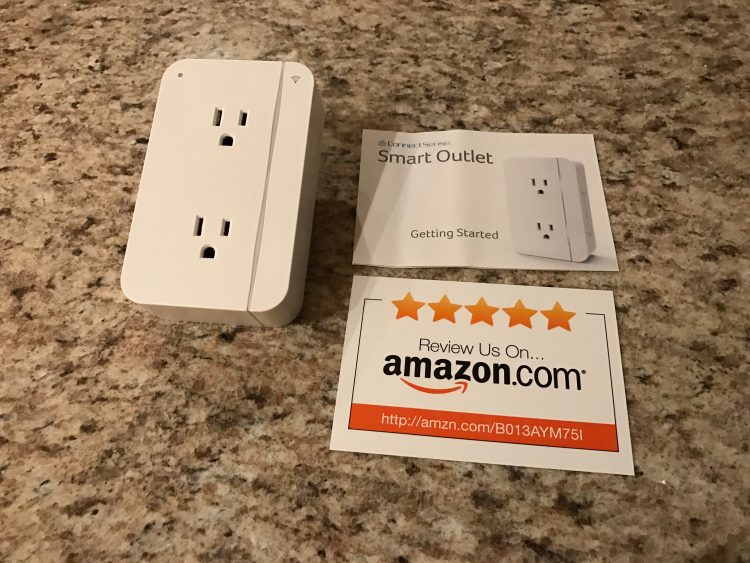 Compatible with Apple’s HomeKit , the Smart Outlet by ConnectSense is currently the only smart outlet on the market that offers duel-outlets, but it is fully compatible with Apple’s HomeKit. I currently have other HomeKit-enabled products in my home including room sensors, and other outlets from other companies, but none quite like this one from ConnectSense, which is a good thing. 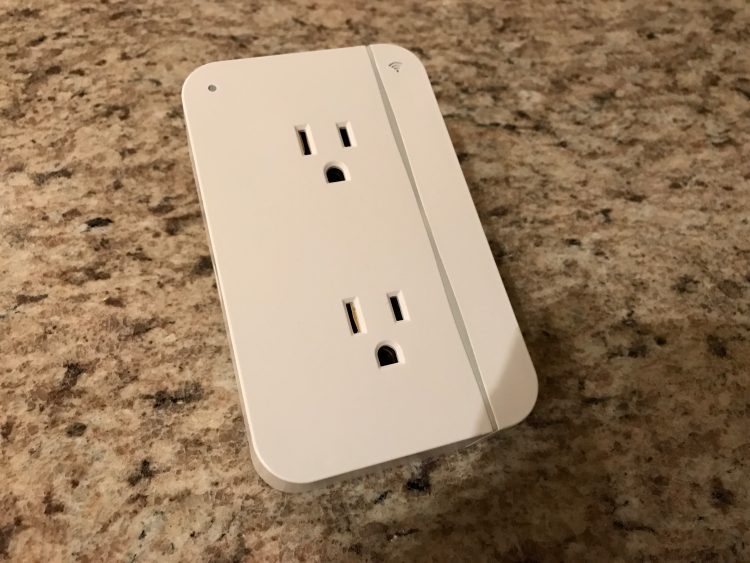 Unboxing is pretty simple, as you get what you see as soon as you tear away at the packaging. You receive the HomeKit card showing you exactly what your unique HomeKit code is for syncing to your devices, a getting started guide which isn’t really necessary but naturally, companies all send them in the worst case scenario, and the ConnectSense outlet itself.

The all white outlet is probably one of the more simplistic ones you’ll put into your home as all it takes is you plugging it into a wall, opening the companion app and scanning the code that came with the box. Using your existing Wi-Fi connection, it should all sync together adding a new home accessory available for your use whenever you need it. 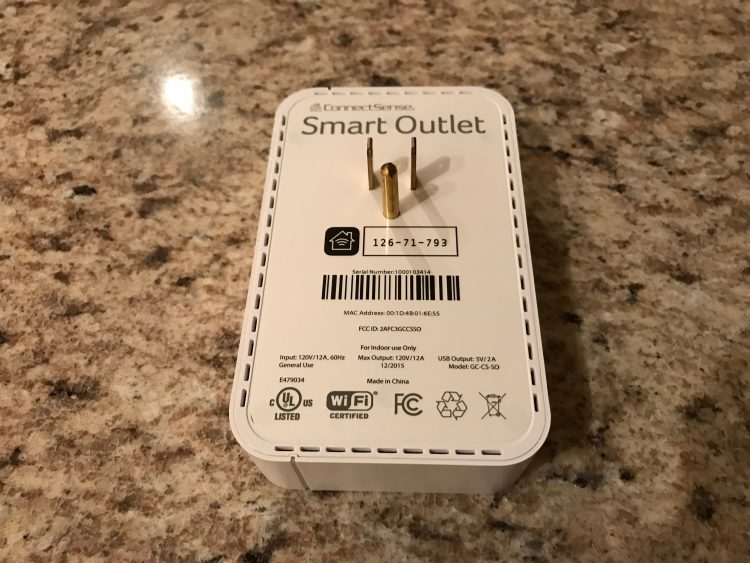 The ConnectSense Smart Outlet sets itself apart from your wall all while looking rather jazzy. While I wouldn’t suggest putting it behind a couch or furniture with backing as it protrudes a little, there are way too many things to love about the ConnectSense that I wish other smart home outlets would attempt to incorporate. If you have painted walls, it may stand out a bit both in size as well as the vibrant white color, but it’s nothing too major.

The premise of the ConnectSense is pretty simple however. Unlike the competition that can take up a lot of space while leaving one outlet virtually useless due to size, the Smart Outlet by ConnectSense can sit in the top of your outlet and still give you two separate ports. Since each of the outlets function courtesy of Apple’s HomeKit app, or ConnectSense’s very own app, it’s the only one on the market that will allow you to turn off each outlet individually. Say for example you have your Amazon Echo plugged into the top outlet, and your iPhone charged into the bottom. When you’re leaving the house and want to save yourself a couple of pennies by turning off an electrical source, you can tell Siri to turn off “Outlet Two” or whatever name you’ve given to that particular outlet while the other continues to work. 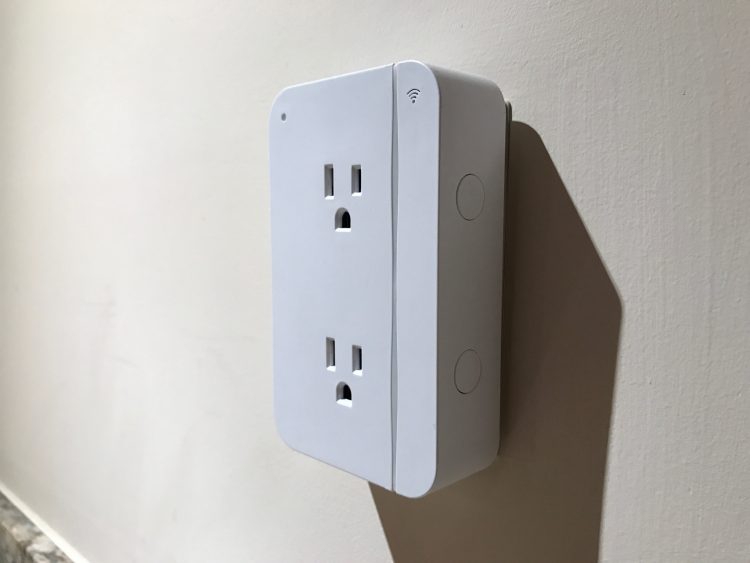 Two buttons on the side of the ConnectSense serve as a physical on/off button for each outlet which is great if you cannot find your phone in a pinch and just quickly want to turn an appliance off.

What I find to be great about the ConnectSense, however, is the additional 2.4a port on the left-hand side of the smart outlet. Saving up plenty of space for you to use the physical outlet for another function, you can actually charge your phone independently while still having two devices plugged in at all times, which is great if you have way too many accessories in your home, or just hate using power bricks for your smart devices.

ConnectSense’s app is actually pretty amazing, however, allowing you to not only use your smart outlet with awesome scenes and schedules, but you can control even non-ConnectSense accessories from this app, which is big if you hate all of the dead space on Apple’s own Home app. Being able to automate your home from the ConnectSense app as well as configure zones and rooms, your smart outlet can recognize when you and your phone have left a certain proximity to turn off the electric candle you got for Christmas or to turn on the hallway light as you exit your home. All of these functionalities are just great to have. It’s also one of the few third-party HomeKit product apps that uses 3D Touch, so you can add up to three of your favorite scenes without even opening the app. If you have a spouse or family member who would need access to the smart outlet, there’s even an ability to add them to the app as well.

What’s more is now the ConnectSense actually can monitor the power being consumed by the smart outlet from within the app so you know how much money is being spent from that particular outlet and the plugs attached to it which I find to be great, especially if you are all about saving a few coins.

Should you get the ConnectSense Smart Outlet? The short answer is yes. Rather than buying two separate smart outlets for upwards of $50 a piece, you can get two for virtually the same price, and control them separately. I honestly wish I had a few more to control my home, but I’m for sure I’m running out of things to actually plug into my walls as I’ve become quite the smart home junky in 2016.

For more information on ConnectSense’s Smart Outlet, head over to their site today.

What I Like: two outlets that can both function independently, with an additional jack make this a must have for any bedroom or living room.

What Needs Improvement: Protrudes from wall a bit