If you happen to have a new MacBook pro, but finding yourself having a bit of trouble figuring out what products to get for it, from cases, to even dongles, look no further than Moshi.

Makers of some of the best accessories for Apple products such as the iPad and iPhone, the company has a line of accessories for the MacBook Pro that are great for anyone. 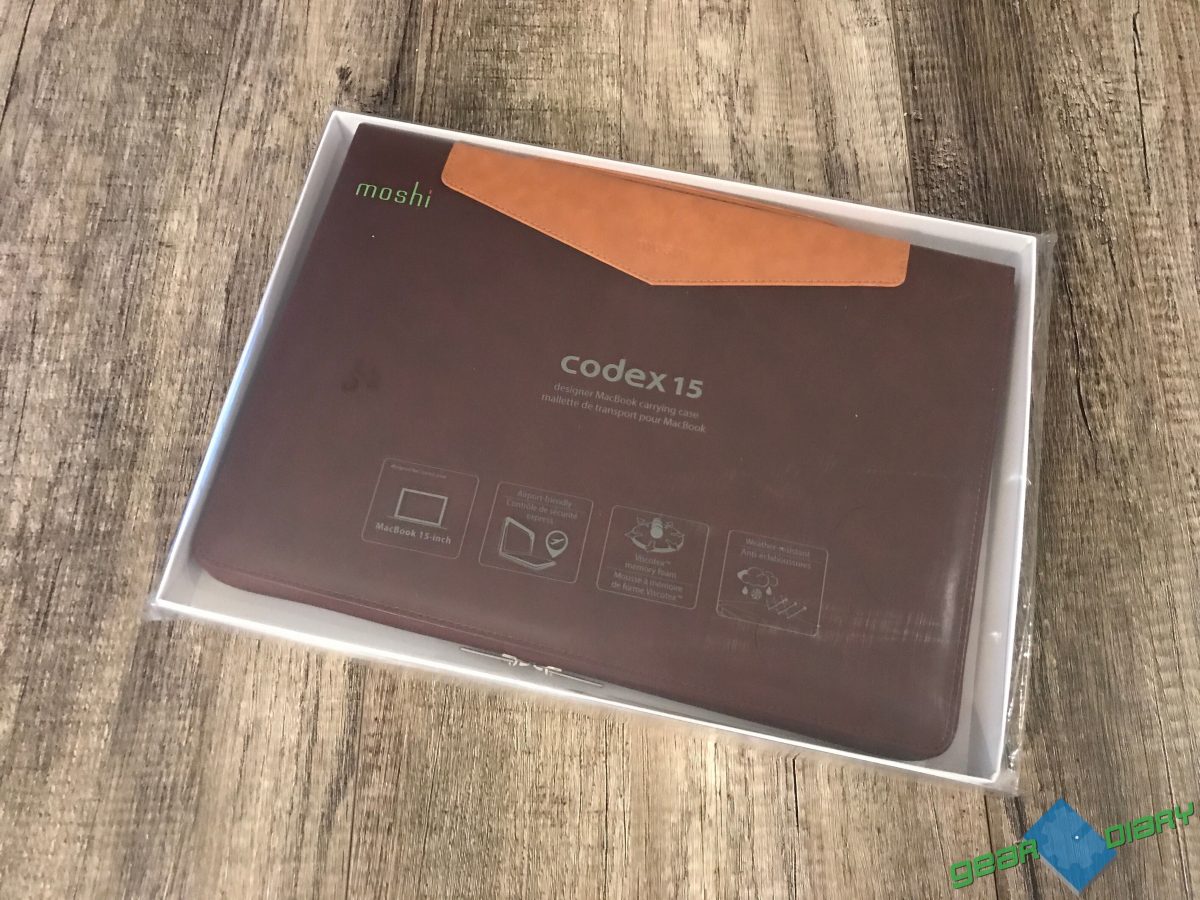 First up is the protection for your new MacBook Pro, look no further than the Codex Pro. Available for both the 13-inch and the 15-inch of the MacBook Pro, the Codex is, in my opinion, one of the best MacBook Cases I’ve ever used. Prior to this “case”, I used a knockoff case from Amazon that I paid about $49.00 for that not only didn’t protect my MacBook at all, it didn’t have half of the features that the Codex does. Not only will the Codex protect your MacBook with its patent-pending Viscotex memory foam padding, the case itself is airport friendly with its checkpoint-friendly ability to be carried right through so you won’t be held up for a flight. If you’re looking for a sleeve and case combination, the Codex is certainly the way to go as it not only gives you the ability to slide the Macbook into the case when you’re trying to close it up and toss it inside, in the event you’re sitting at the gate waiting to board, you can even set your MacBook Pro up inside of the Codex and use it that way. 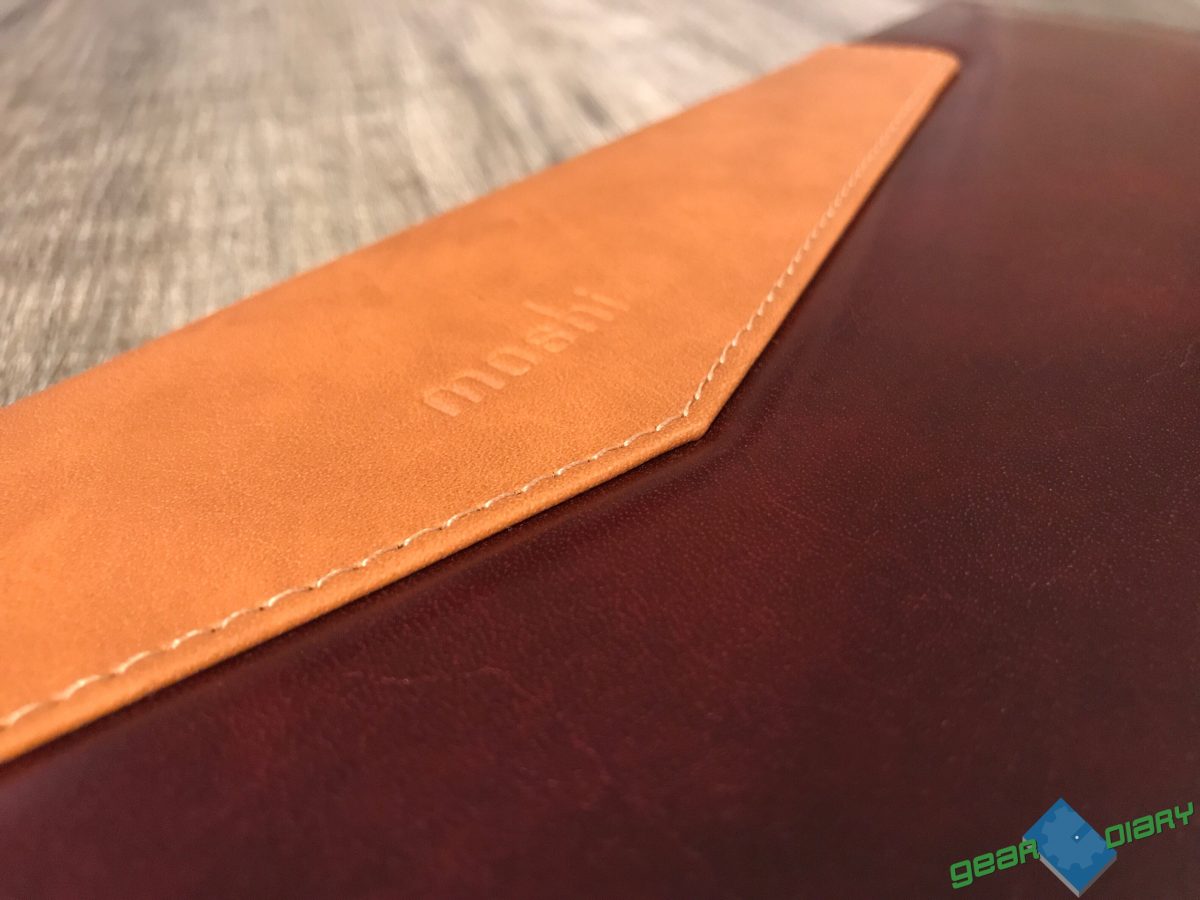 There are two straps on each side of the top of the Codex which are there to slide your MacBook’s screen inside so it does not maneuver around which I really enjoy. Also, you can see that on the sides of the screen there is heavy padding around each side where the screen will sit which gives you some slight drop protection, although I wouldn’t suggest dropping it, both zipped or unzipped. 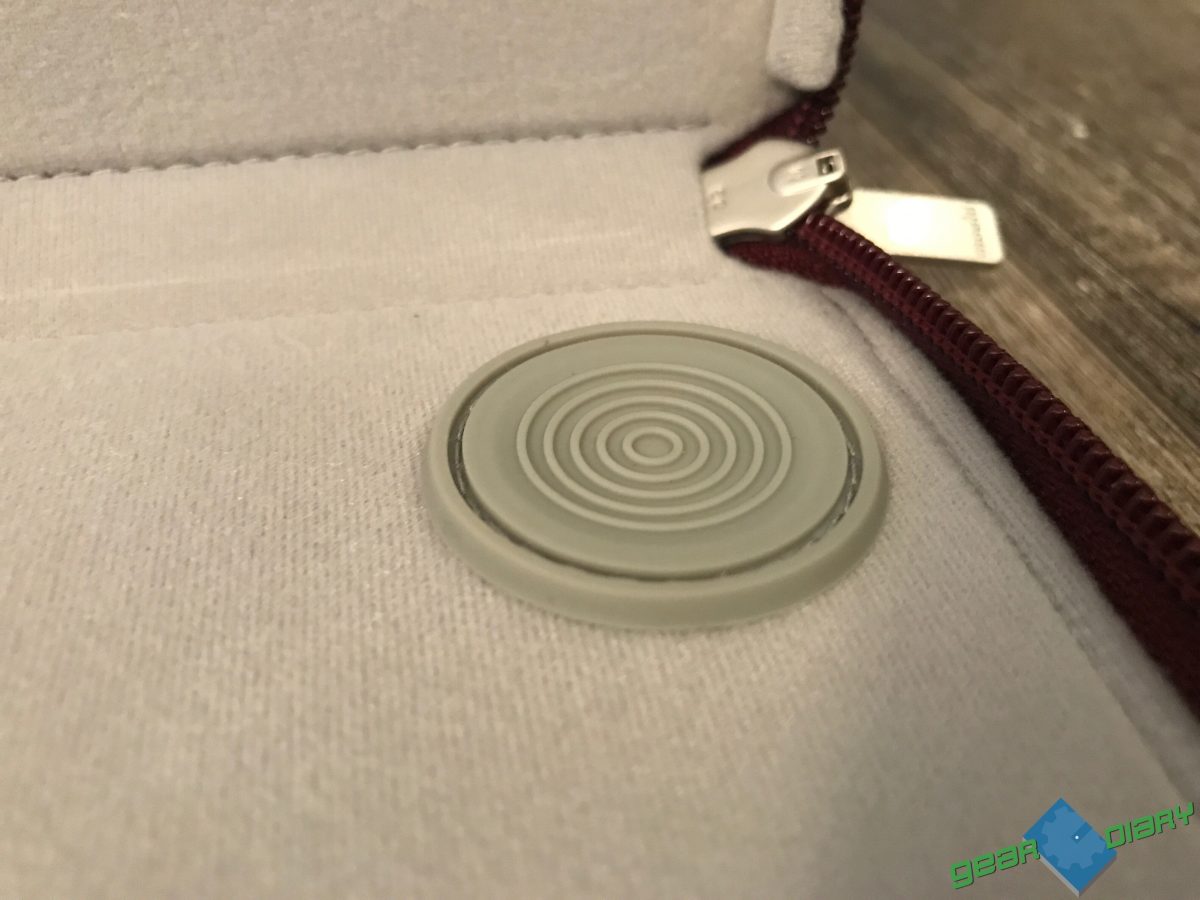 At the base of the Codex are four rubber feet that are raised from the Codex itself that allow for proper ventilation when your MacBook is in the case. This was a great thing for Moshi to include because my main concern was how using the MacBook Pro inside of the case would fare especially for extended periods of time. So it’s a good thing they included this to counter the microfiber material that sits inside of it. 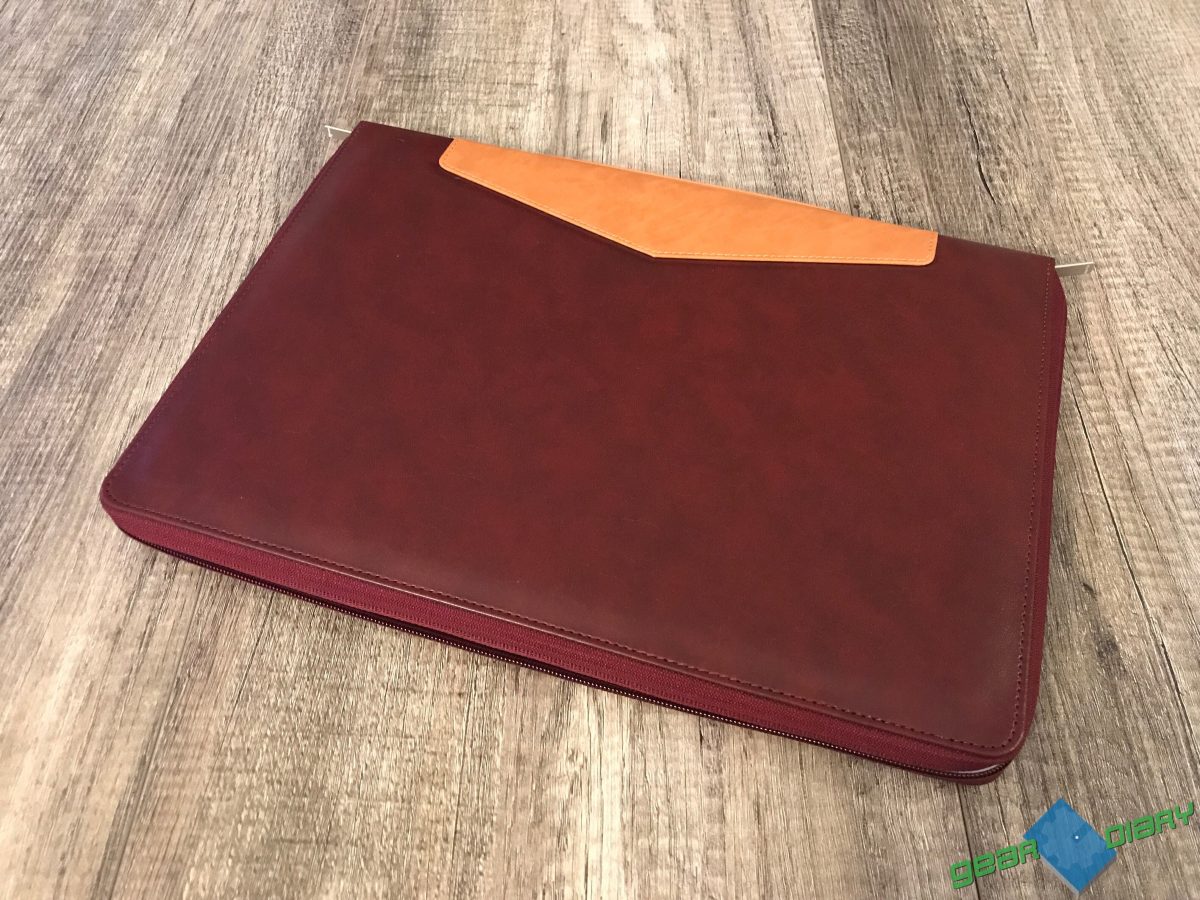 The outside of the Codex obviously will wear over time, but if you aren’t a fan of hard shell cases, and enjoy adding a bit of a business look to your Macbook Pro, look no further than the Codex, which costs $74.99 and is available in various colors. 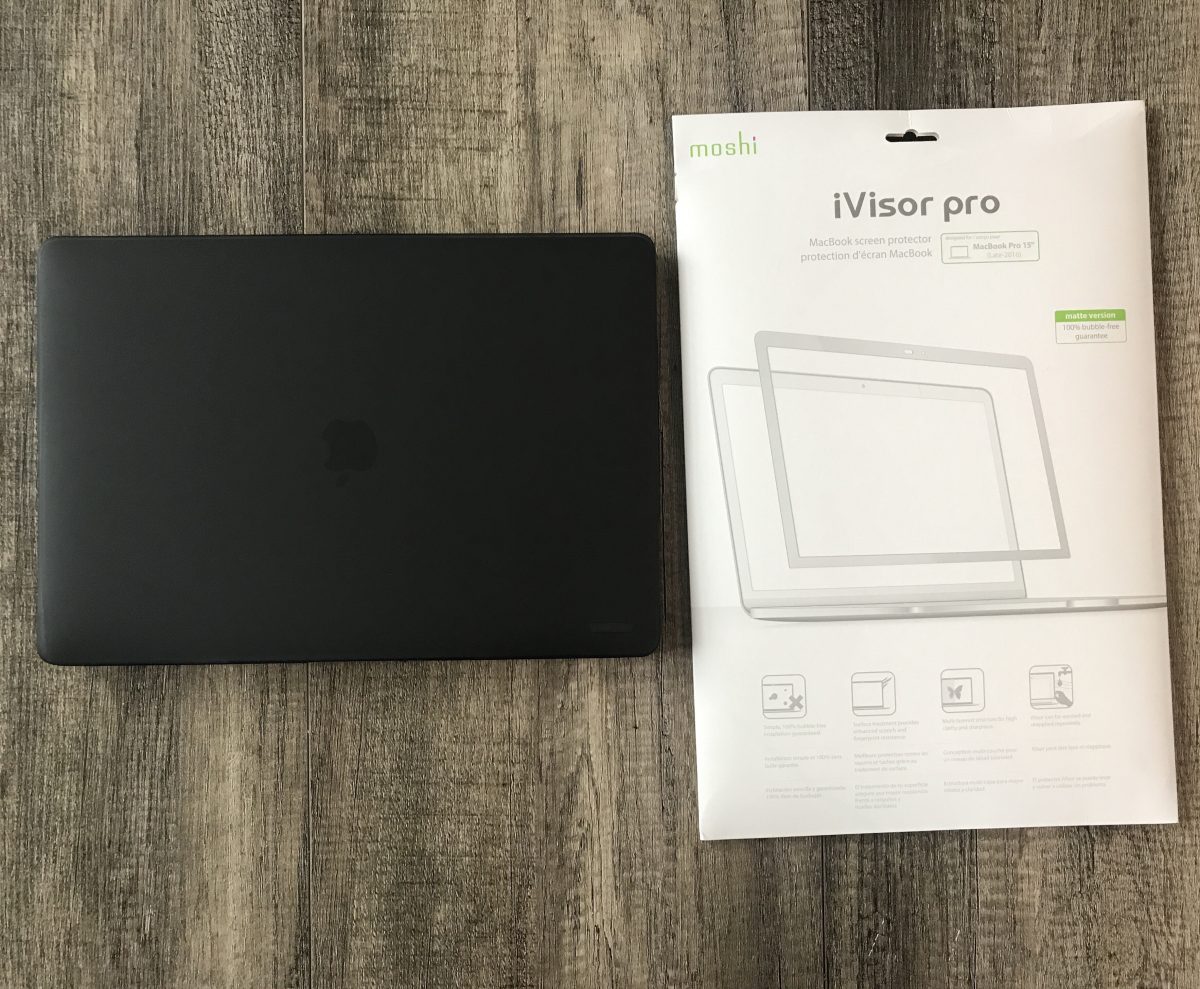 One thing that I absolutely hate when using a laptop is fingerprints. I tend to tap my screen the majority of the time in attempts to point out exactly what’s on my screen. If you have this problem and want to avoid having to use a microfiber cloth daily, you should check out the iVisor Pro by Moshi. Essentially a screen protector for your MacBook Pro, Moshi stands by this product the most, stating that they guarantee it to be 100% bubble free which enough for me to believe, especially with Moshi’s track record of products. 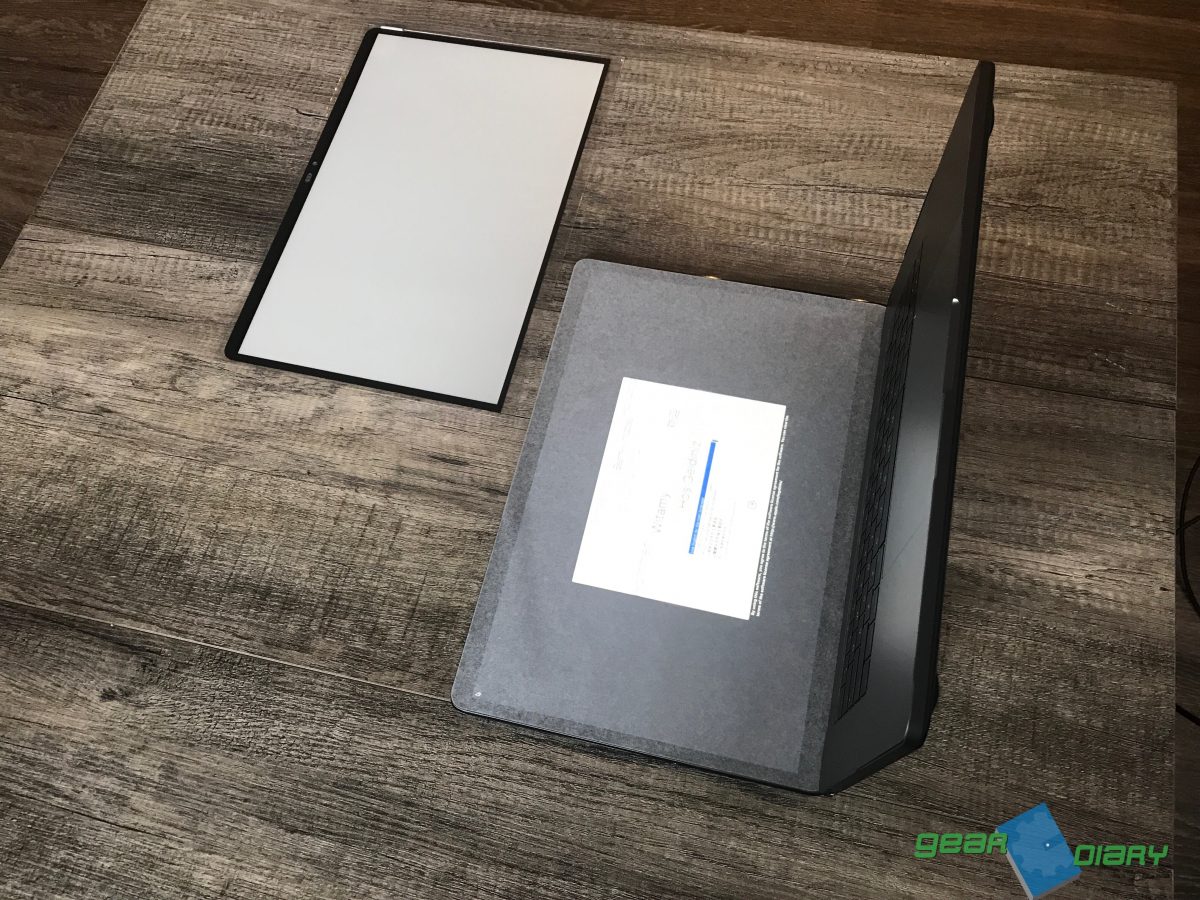 When using the iVisor, I’ve personally noticed a reduction in glare when typing by my window, as well as a clarity when consuming media. Although I’m a huge fan of privacy screens, the iVisor Pro is in a league of its own. Installation was about as simple as possible. Moshi suggests actually laying your Macbook Down with the screen flat on a flat surface and the keys facing upward. This allows you to make a downward motion to get the screen to install perfectly, all while allowing you to install everything on the first try. The bezels of the iVisor Pro match those of the Macbook Pro so it makes it even easier to see exactly where things will line up, and I actually was able to install with little effort. If you fail on installing, Moshi says that you can actually wash off the screen protector and reinstall it as the screen protector is reusable, which is pretty cool. 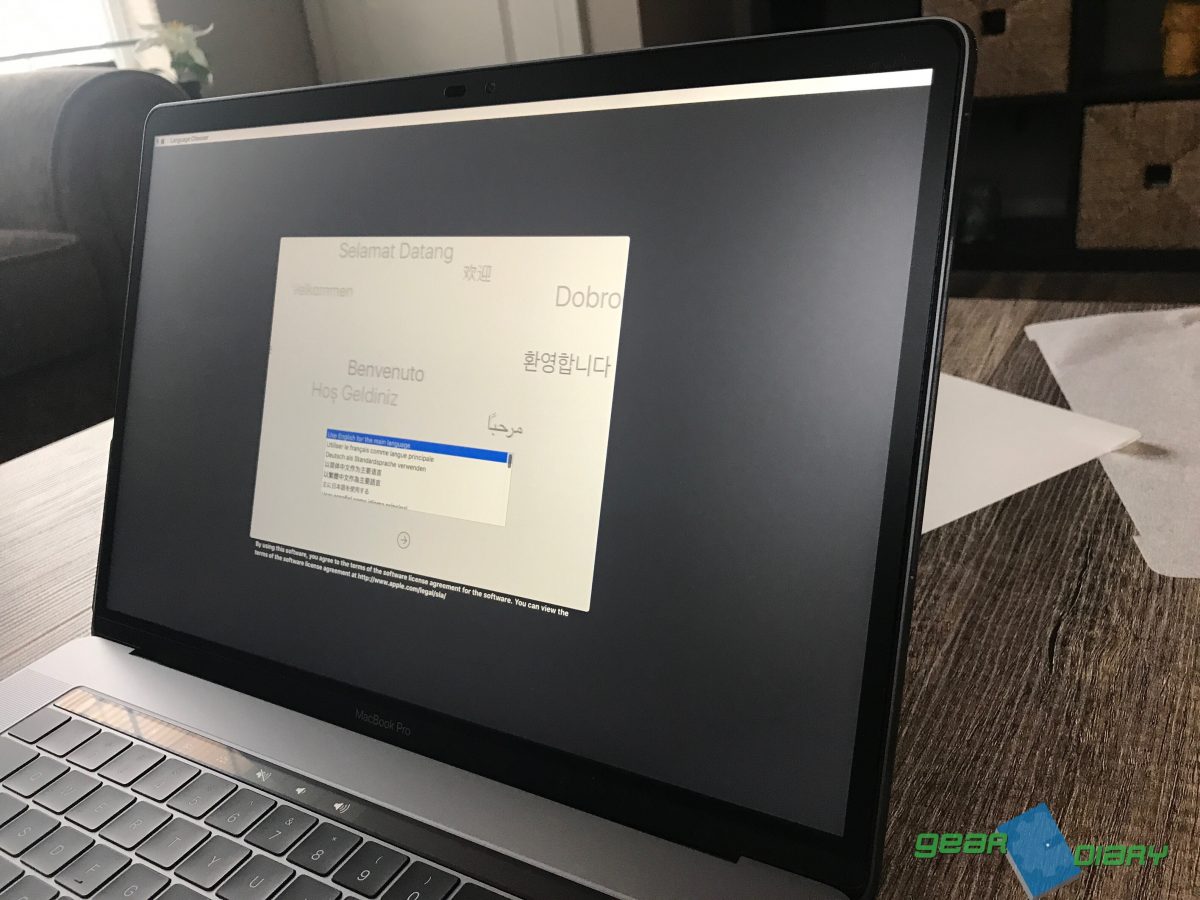 Once on your MacBook Pro, not only will you receive an anti-glare filter to your Macbook, but you’ll still be able to enjoy the laptop’s retina screen which I love compared to my previous MacBook Air. Also with this, it allows me to reduce eye strain when typing for long periods of time courtesy of the matte-like finish to the iVisor which looks almost natural when applied to the screen. If you’re looking for a screen protector for your new Macbook Pro 2016, look no further than Moshi’s iVisor Pro, it will set you back $38.95 but you can pick it up here. 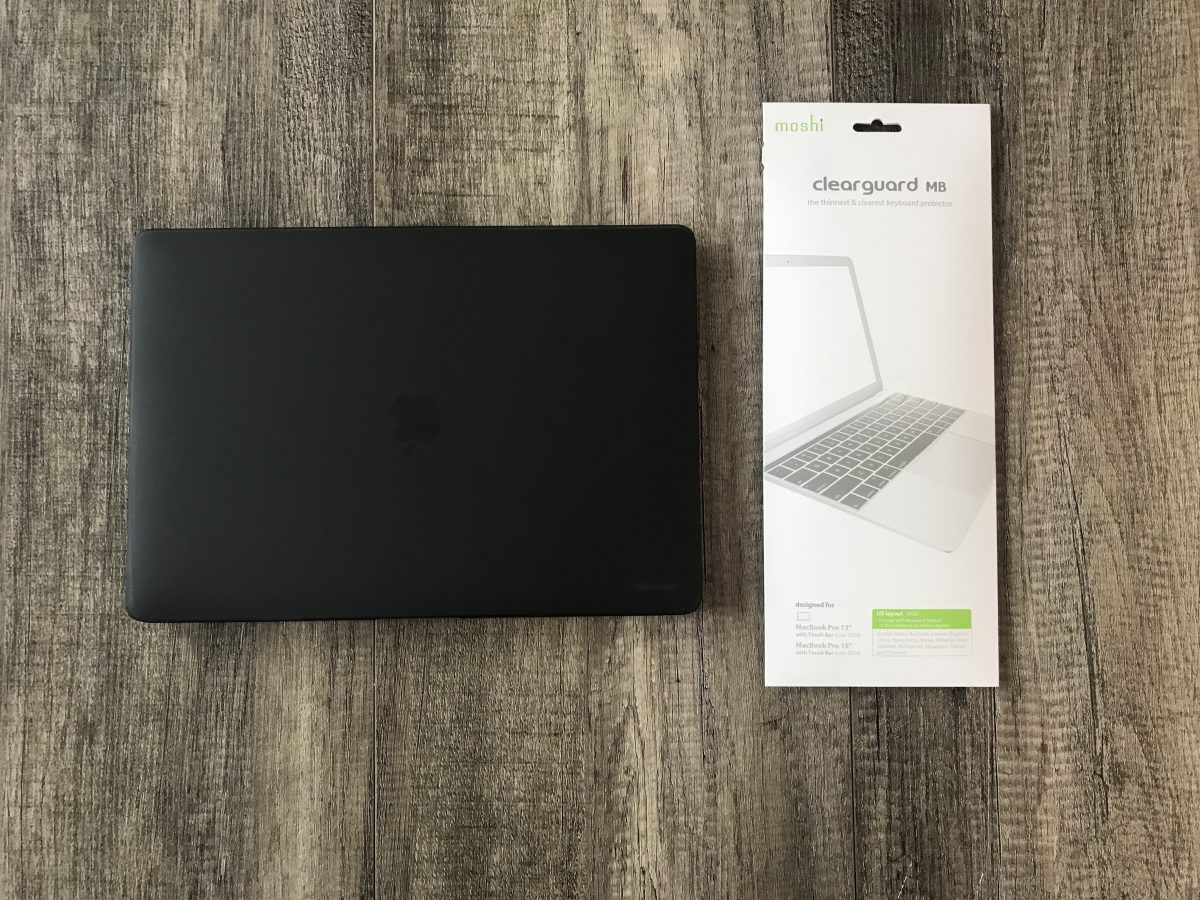 If you are looking for a keyboard protector for your MacBook Pro, there’s the ClearGuard MB which they have models for the Touch Bar, as well as the non-Touch Bar versions of the new MacBook Pro. 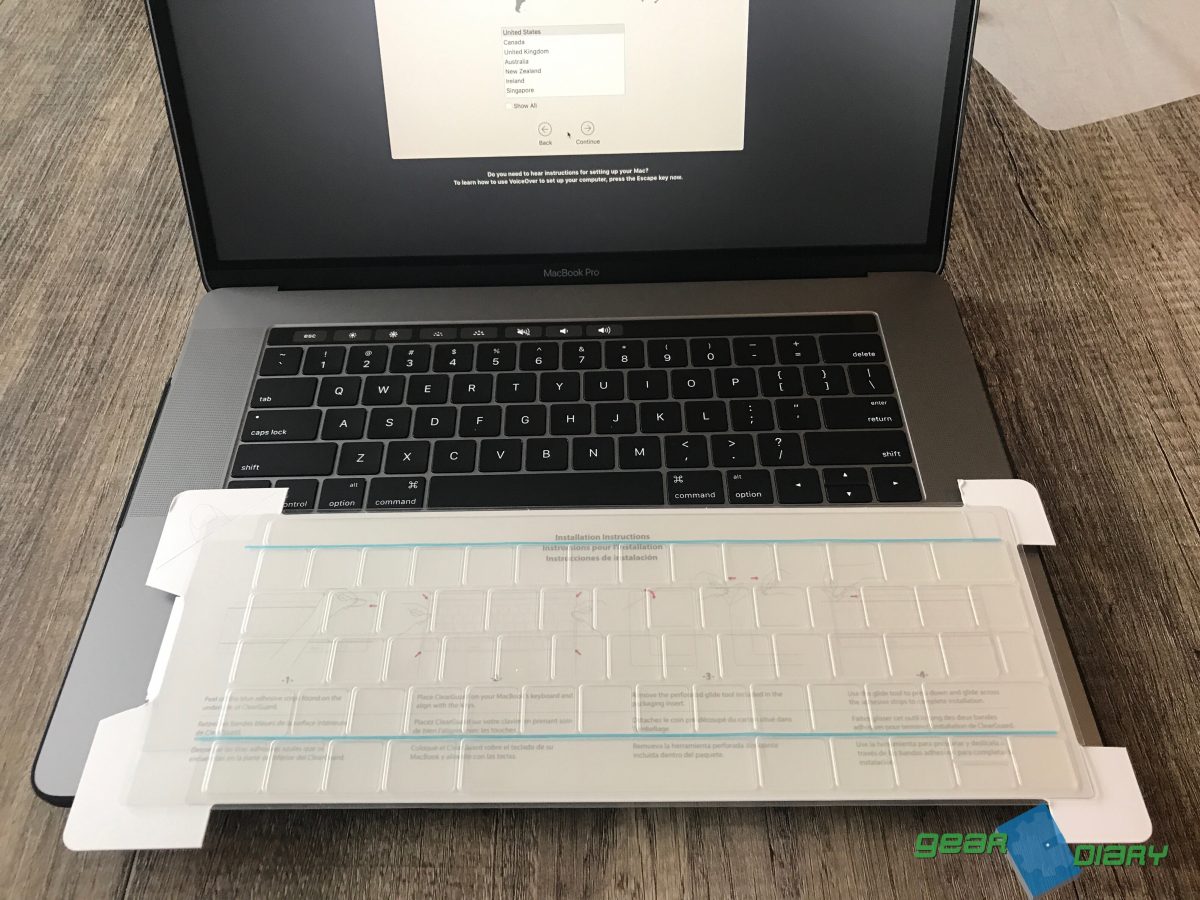 Available for $24.95, the ClearGuard MB comes in two different colors and looks nice on your MacBook Pro. I’m guilty of eating at the keys, and the number one thing I hate to have on my new Macbook Pro is a greasy keyboard. Not only that, things tend to happen and since the new Butterfly 2 keyboard that comes with the MacBook Pro has individual keys that light up accordingly, you don’t want dust particles getting up in there. 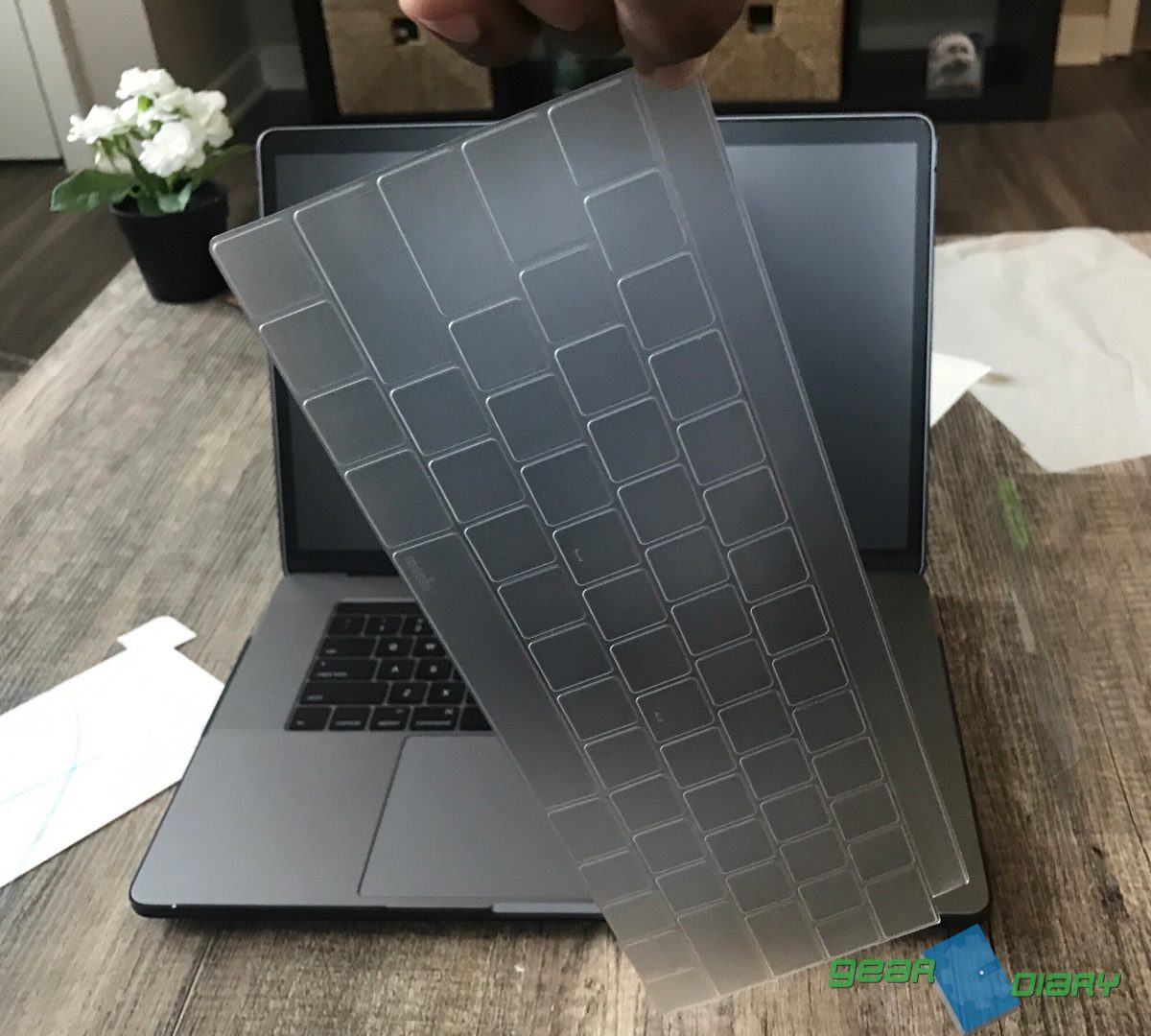 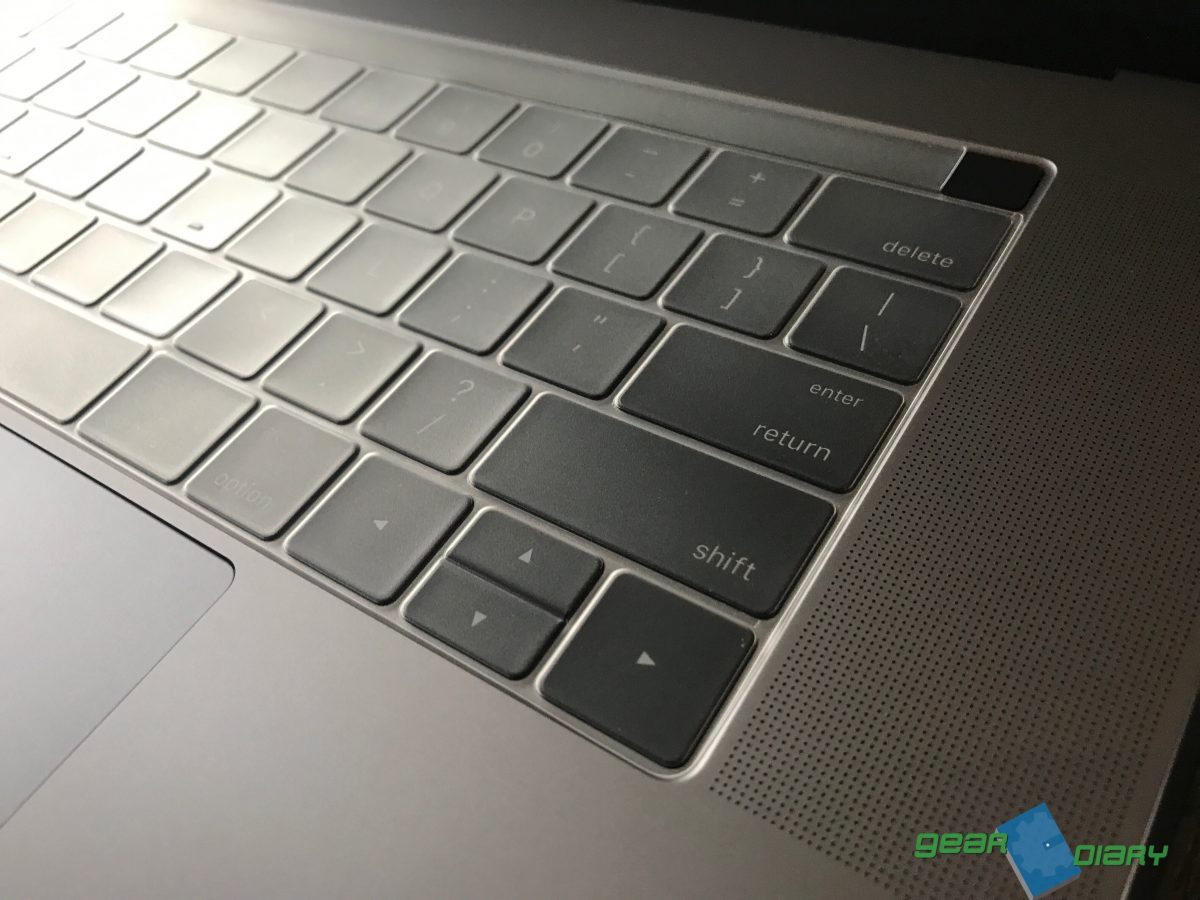 This is MUCH cheaper, molds to your existing keyboard, and with it being 0.1mm thin, it’s actually like typing on the standard keyboard anyways. Made of non-toxic thermoplastic urethane, you can pick up the ClearGuard MB here.

With the latest MacBook Pro, you might notice there’s something missing from it: Standard ports. Unless the 2015 model, Apple decided against adding functions everyone uses like USB ports, an SD card slot, you know… things that we might use on a day-to-day basis. As a result, we have to resort to dongles. If you fall into this category and haven’t completely switched over to USB-C here are a few options for you to consider. 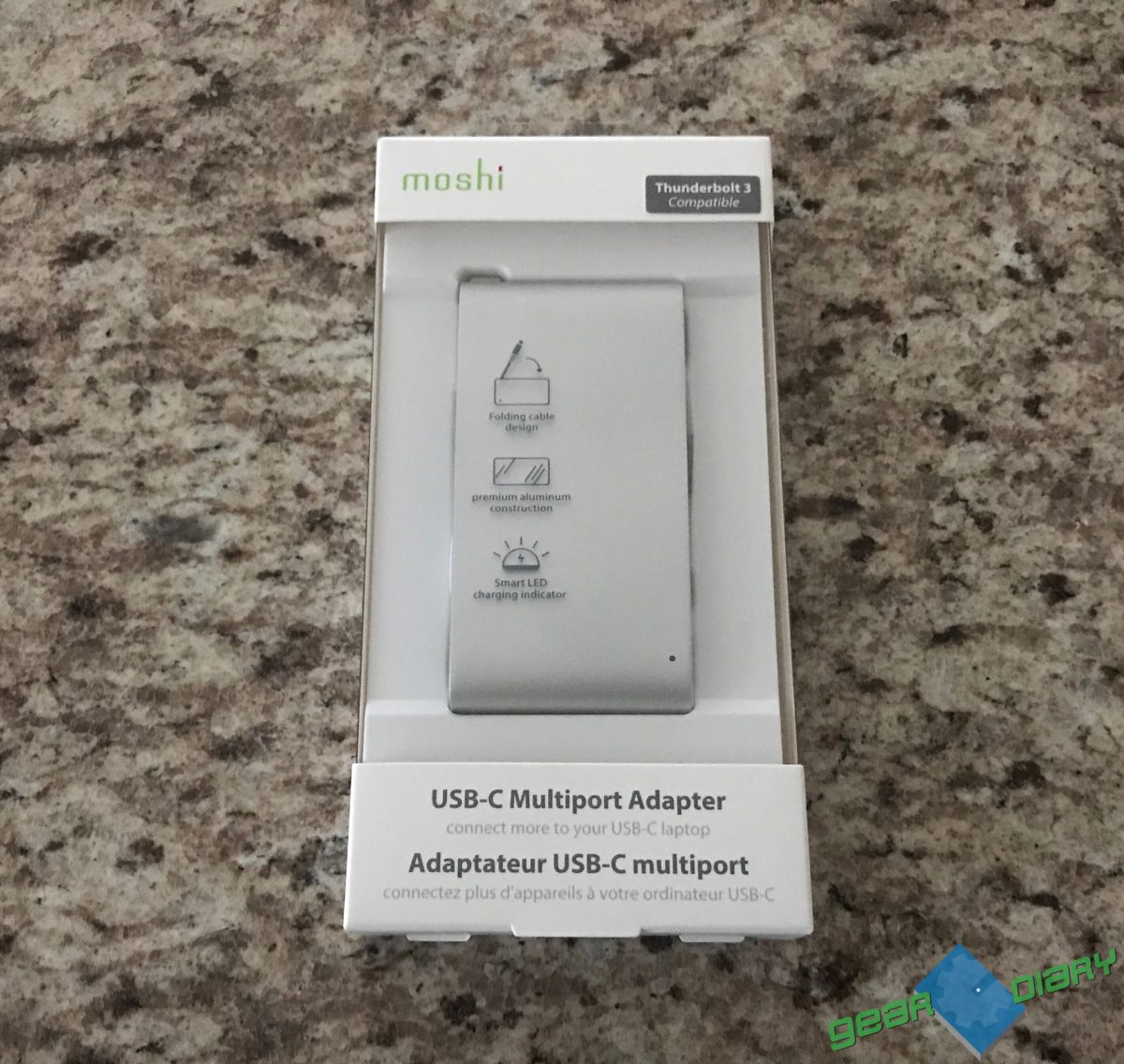 A 3-in-1 hub for your MacBook, the USB-C Multiport adapter is the simple approach to bringing back the functionality that you’ll need for your MacBook Pro. Giving you access to an additional USB-C port you can charge your MacBook through the adapter itself which is awesome, especially if you only have a two-USB-C port MacBook and the second port is taken up by something. 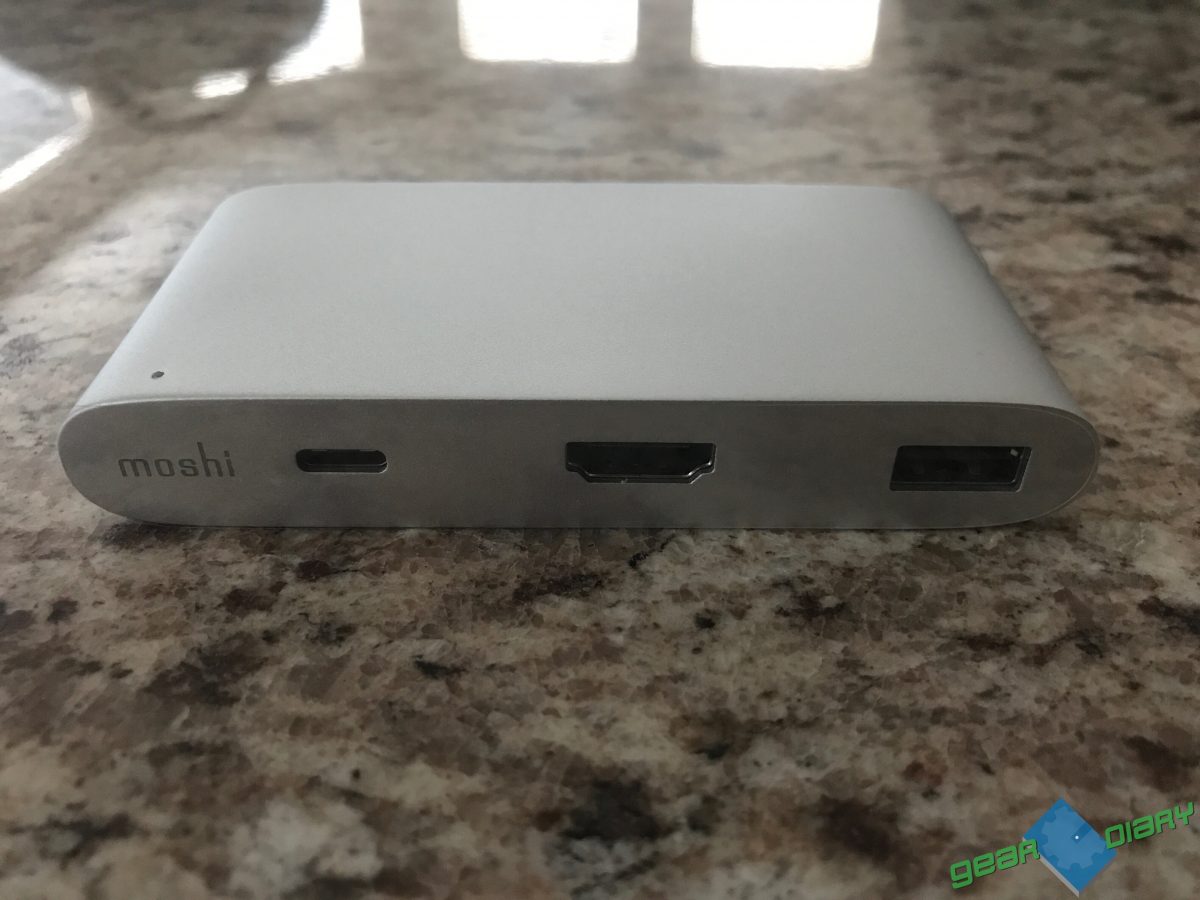 Also on the adapter is an HDMI output at 1080 pixels which is pretty standard now, but it also has the compatibility of 4k. Although it’s only at 30 Hz, it’s possible to render fine for the naked eye. Real 4k and 5k buffs will be able to tell a slight difference courtesy of the output, but again, it’s completely dependent on the user. 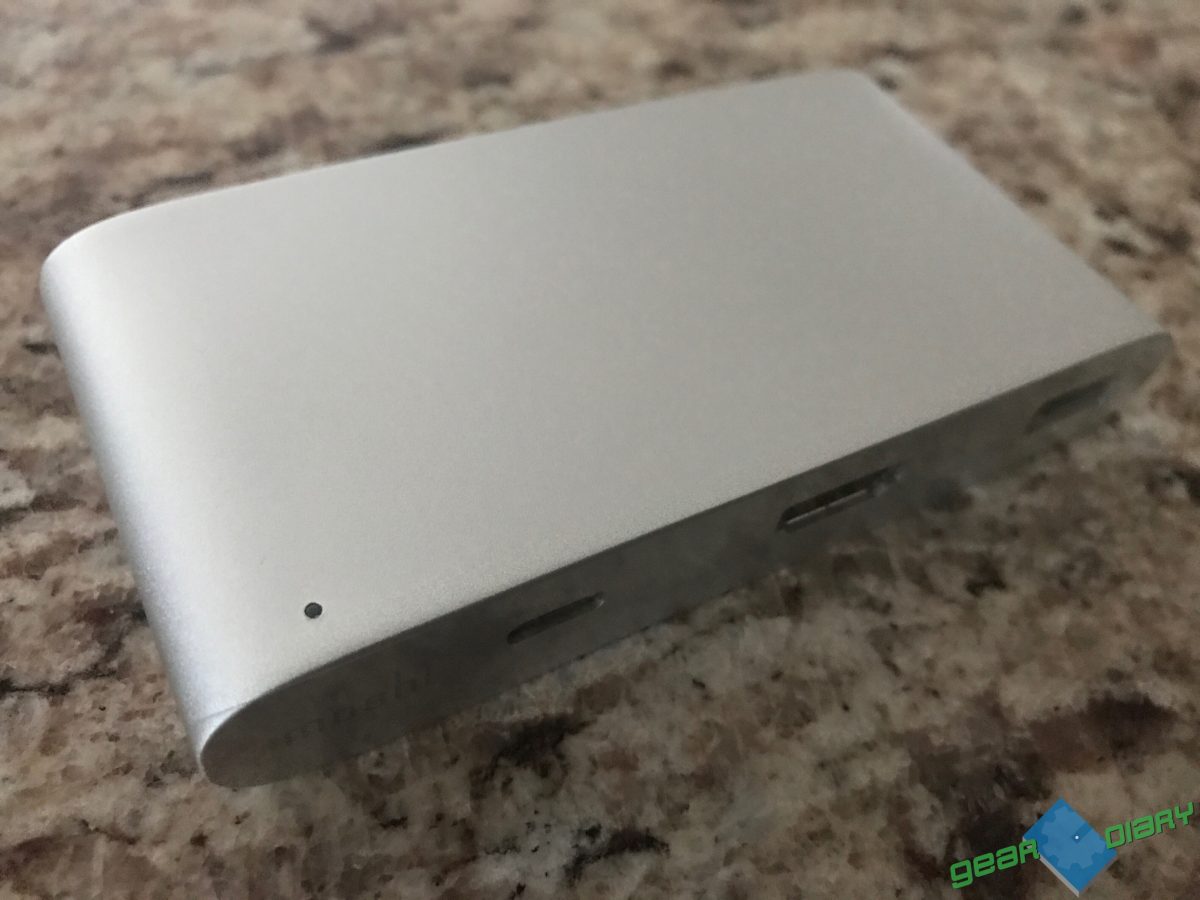 Also with the Multiport Adapter, you get a single USB 3.1 port to use which is great if you just need to charge up your phone or tablet. While I wish this model offered two USB 3.1 ports, I can completely get why they didn’t. This is a great dongle for someone who doesn’t have as many needs as someone who might opt for the CharjenPro or a variant with a host of different ports. 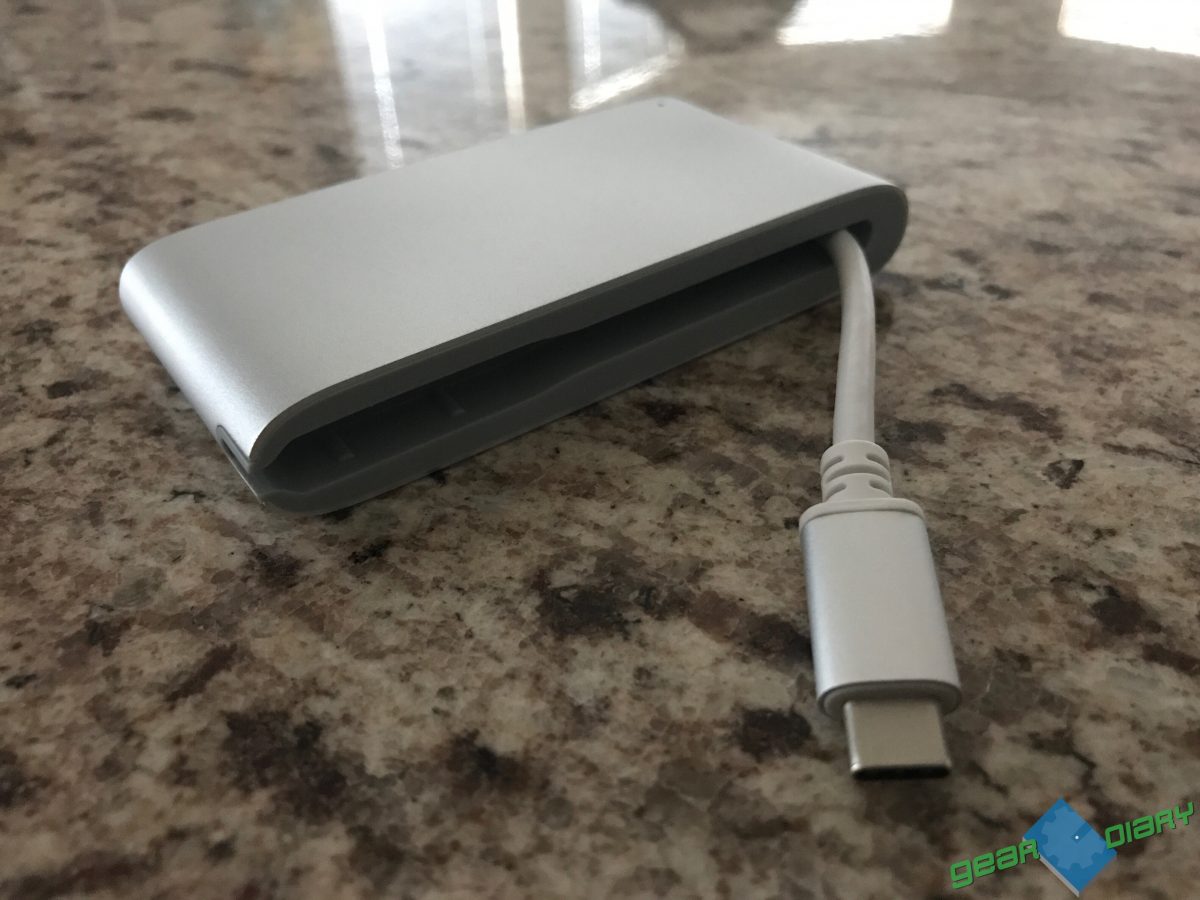 I’ve used it for the past few days and absolutely love it. It’s always in my bag with me, as I’m a firm believer of having two dongles. I travel with this one, as well as my CharjenPro, and when that is too much to bother with, I always end up going directly to my Multiport from Moshi. Available in three colors, you can get the adapter for $79.95 here. 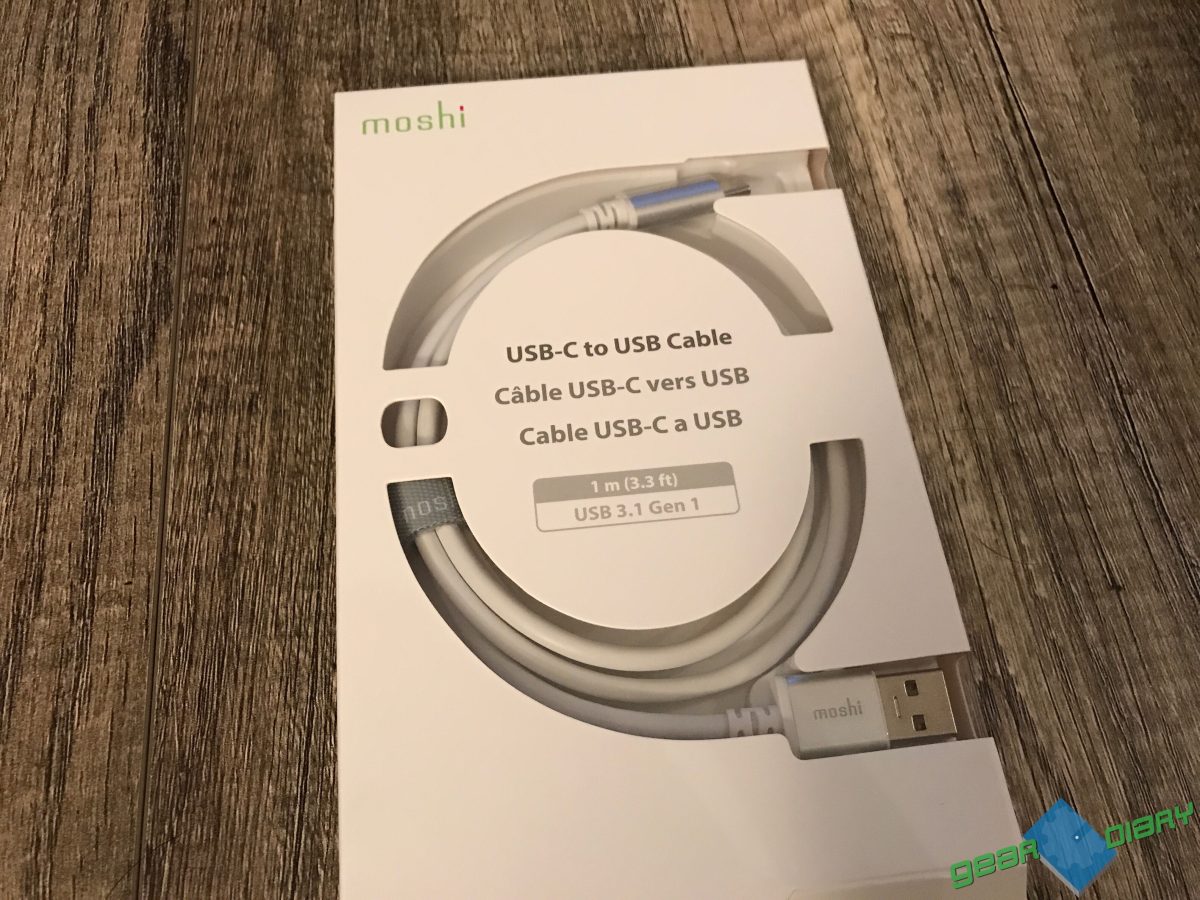 Although the new MacBook Pro comes with its own USB-C to USB-C adapter, if you want to charge your MacBook and only have a USB 3.0 power brick, you can still charge it up with that as well. And until the world fully embraces USB-C, companies will continue to make USB devices, so why suffer from having to buy whole new power adapters for just one device? Get Moshi’s USB-C to USB adapter. For only $24.95 it’s comparable to Apple’s very own cable with the only difference being that it can charge now from any power brick. 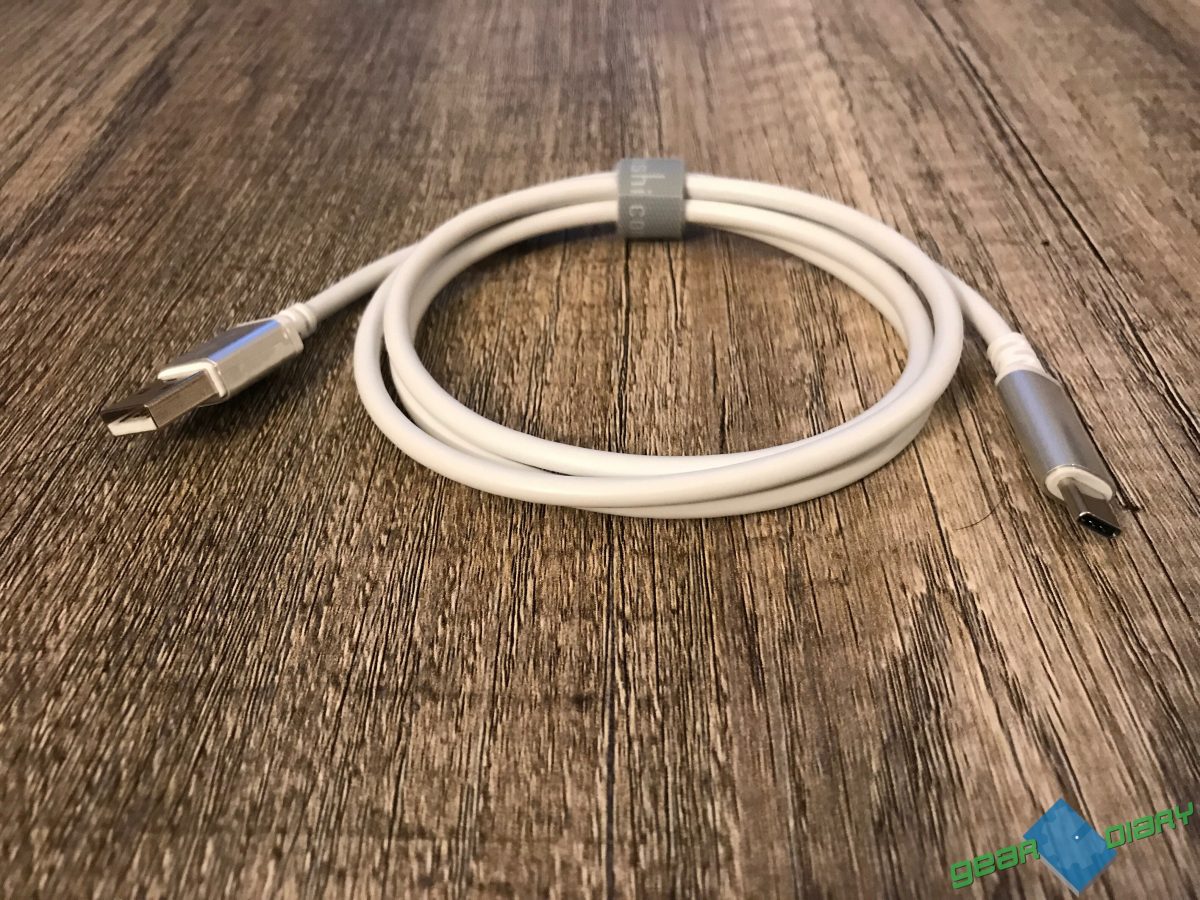 I even went out of my way to purchase a two-port USB adapter from Aukey so that I can now charge my MacBook Pro and my iPhone from the same power brick so I won’t take up two outlets. This is a life hack of course, but if you want to save yourself the hassle of carrying around a host of power adapters, get a USB-C to USB cable from Moshi, and invest in a two (or more) power brick so you can charge your devices simultaneously. You can find that here. 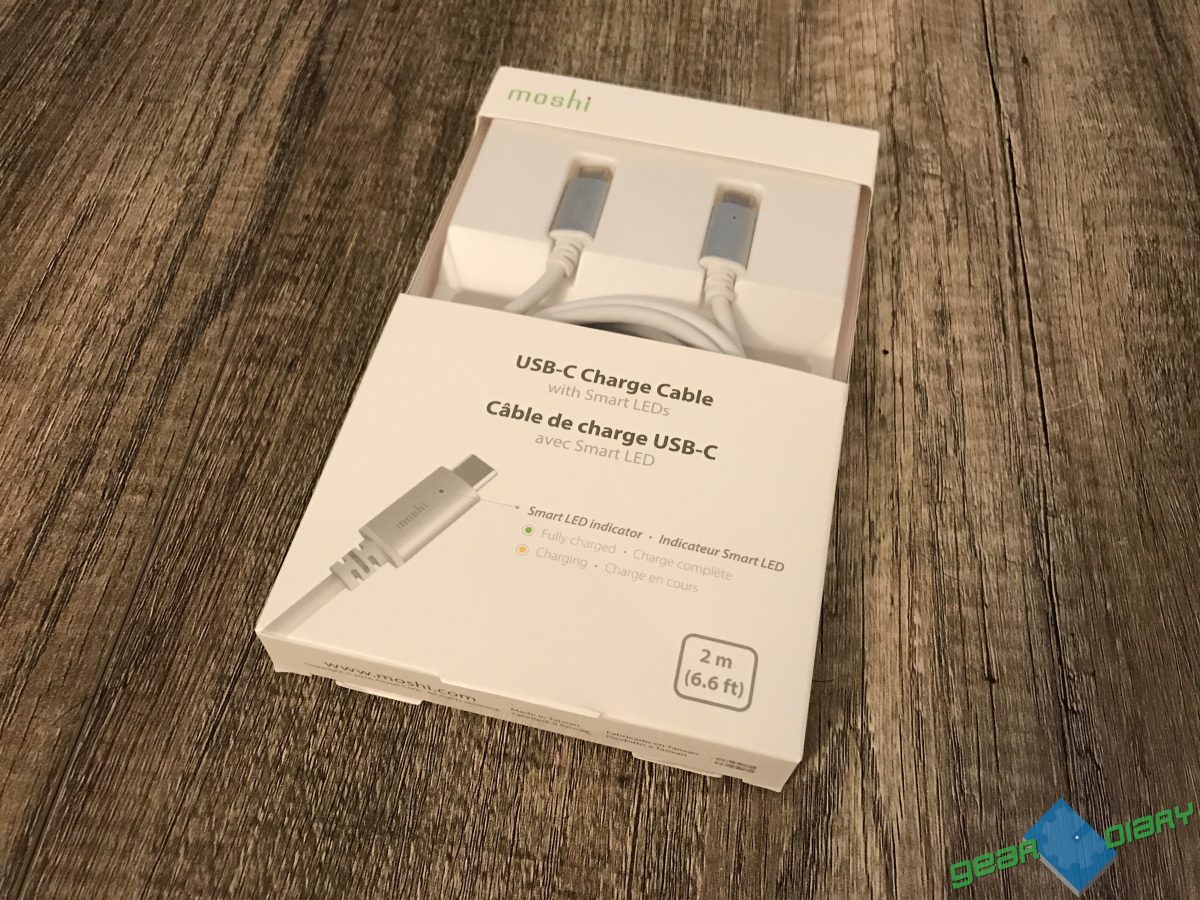 If USB-C to USB isn’t your thing, or you happen to lose your cable and need a replacement, look no further than Moshi’s USB-C to USB-C. Similar to Apple’s cable, the Moshi USB-c to USB-c supports up to 60 watts of power outputting, and USB 2 data transfer speeds so your data doesn’t go from device to device slowly. 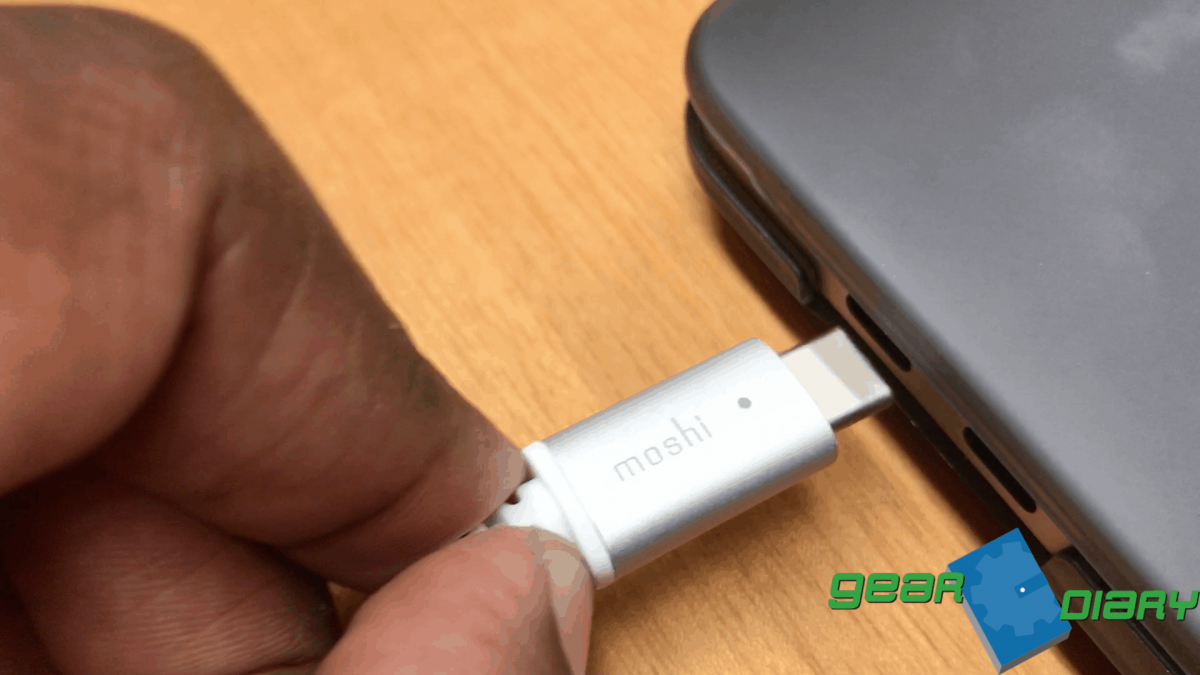 This is a delight to have in your bad and has served me well, even when I forget to bring my cable with me. I’ve even gone ahead and purchased a separate (but cheaper) substitute for Apple’s power adapter that goes with my Moshi cable that I leave in my bag. What’s more, Moshi’s USB-c to USB-c looks and feels sturdier, mainly due to the aluminum housing and the stress relief points so the cable won’t coil or fray on you over time. 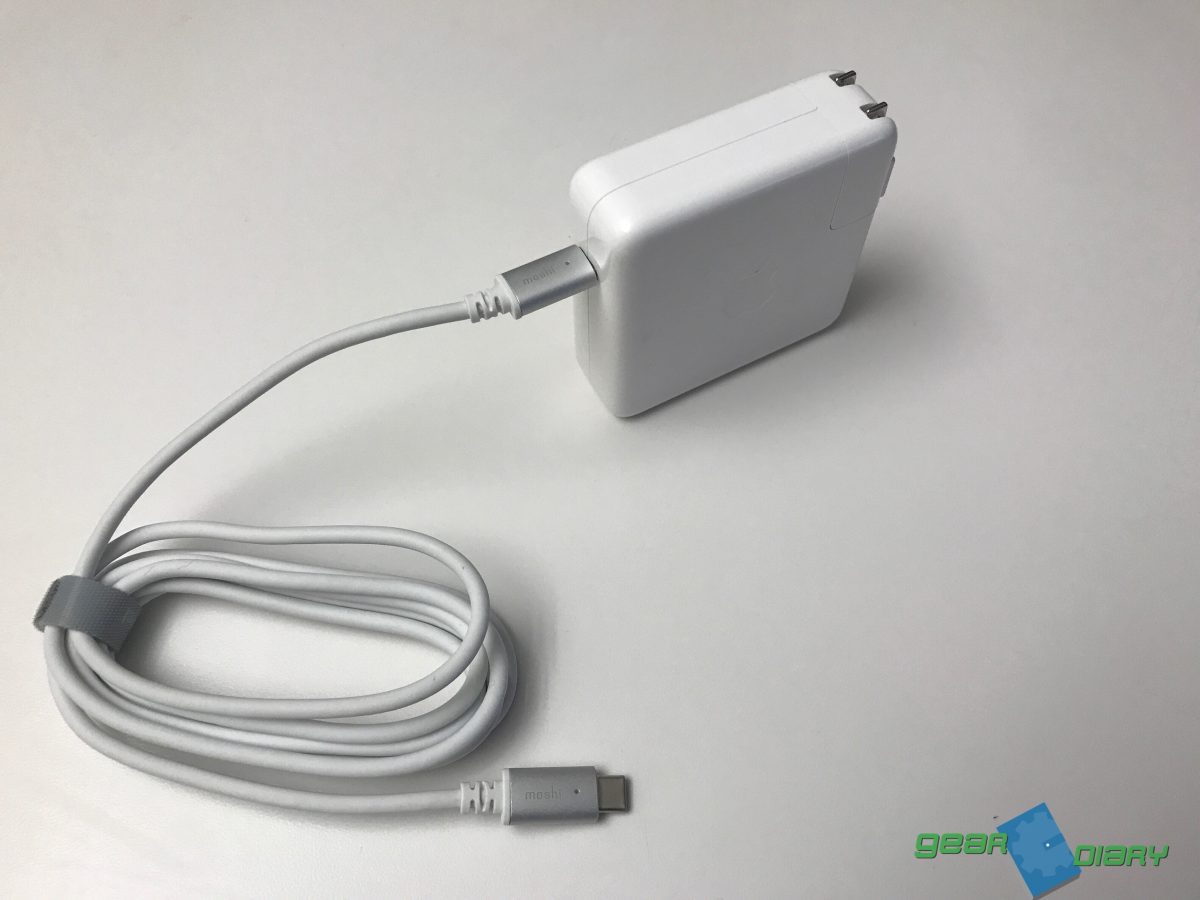 One thing I really do love about this cable in particular though is it comes with its own cable manager so you can wrap the cord up when not in use. Apple, unfortunately, did not include a way to manage your cables with their USB-C adapter like previous models, so you’re forced to have to wrap the entire cable around the brick. But at least with Moshi’s, it will look a lot more tamed and professional. And it’s only $34.95 on Moshi’s website.

What I Like: All of Moshi’s dedicated Mac products work perfectly and are affordable. My personal favorite being the USB-C Charge cable which I use daily