Pathfinder is probably Nissan’s second-best known nameplate, right after the Z. Now a few years after the introduction of its fourth-generation, the Sport Ute receives some significant upgrades in styling, safety, technology, and performance. 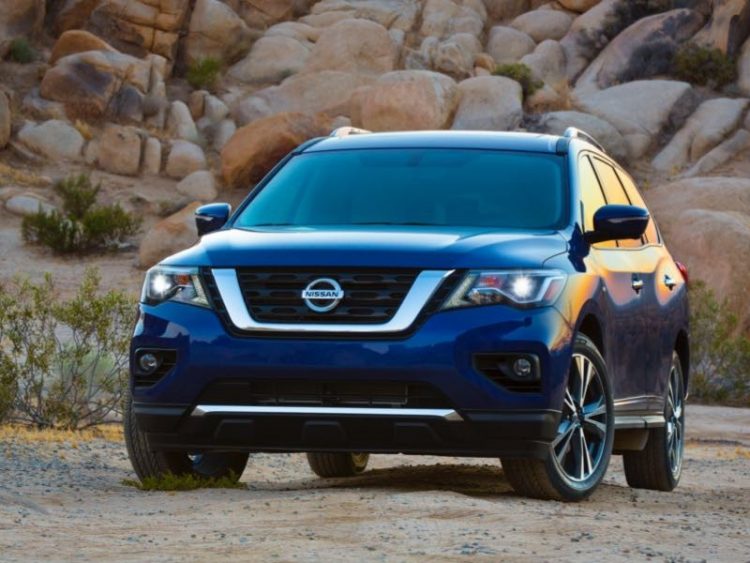 For 2017, engineers and designers worked to freshen what was a significant overhaul that debuted on the 2013 model year. The chassis is unibody construction offered in front- or four-wheel drive running gear. Pathfinder is powered by one engine, the 3.5-liter V-6, that is now direct injected. The engine utilizes some 56 percent new parts and generates 284hp (up from 260) and 259 lb. ft. torque (up from 240). The engine is mated to Nissan’s third-generation Xtronic CVT gearbox that features D-Step logic control to simulate gearshifts for more natural driving experience. 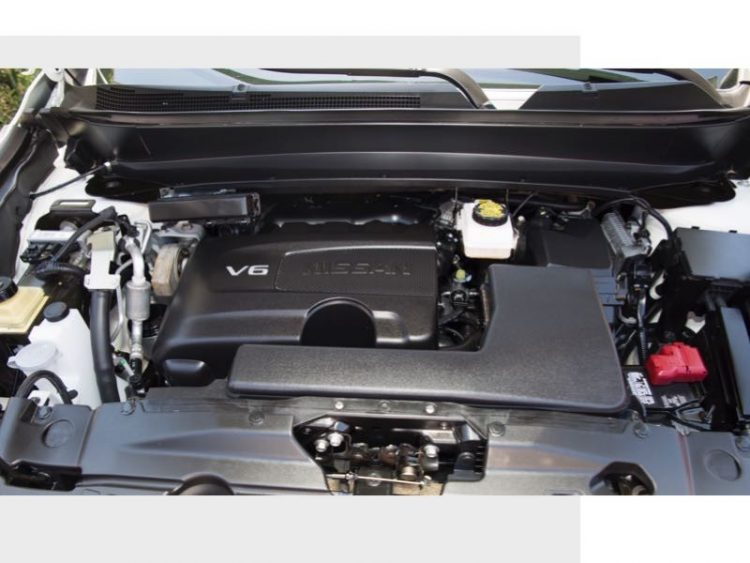 In addition to the new engine, Pathfinder also receives a new front end design from the A-pillar forward for a more masculine look and bringing it in line with Nissan’s latest V-Motion design language. Elements include a new grille and more aggressive hood along with new front bumper and fog lights. At the rear, Nissan offers a motion-activated liftgate that can be opened by the wave of ones foot. Rounding out exterior styling improvements are new 18- and 20-inch machined aluminum alloy wheel designs. 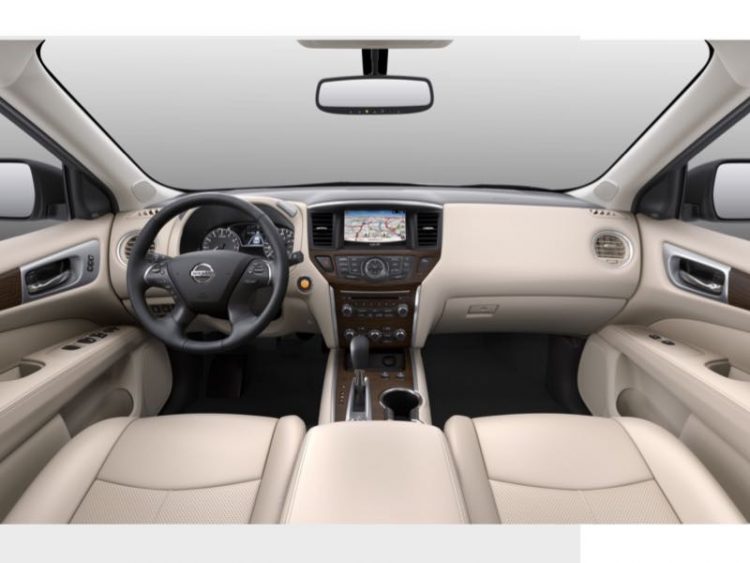 Designers focused on convenience and connectivity for interior enhancements for 2017. There is a new standard Advanced Drive-Assist Display in the center of the instrument panel and atop the center dash is an 8-inch color touchscreen monitor for all your infotainment needs. Seating is still in three rows for up to seven occupants including second row tilt and glide seats and both second and third rows of seating fold flat for cargo capacity of 173.8 cubic feet. 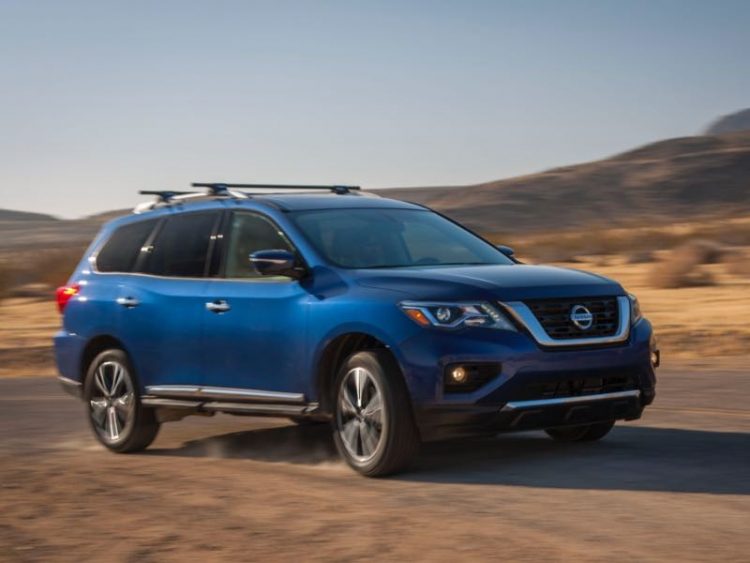 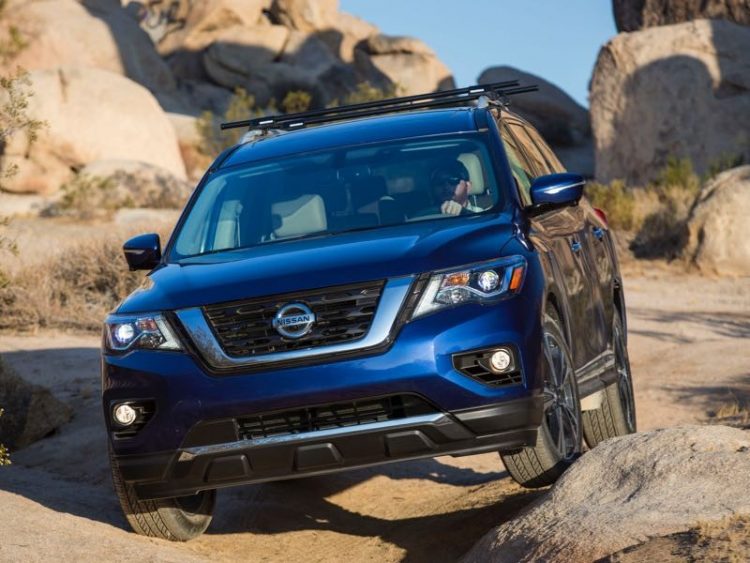 The 2017 Nissan Pathfinder drives wonderfully on the road and is quite capable should the pavement come to an end. This is a good choice for family transportation as well as family getaways. It features intuitive 4WD with 2WD, Auto, and 4WD Lock settings as well as hill start assist and hill descent control. It is quiet and smooth with very good power for takeoff and passing and it handles nicely no matter if the road is straight or curved. 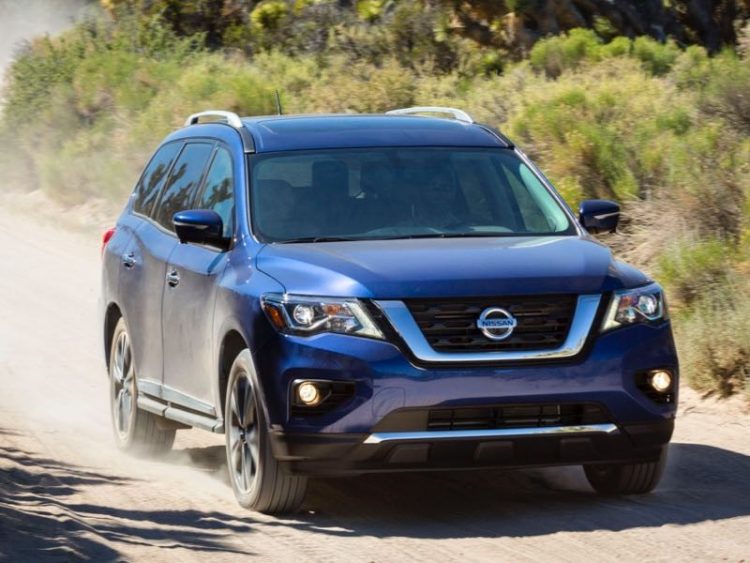 Pricing for the 2017 Nissan Pathfinder begins at $30,290 for the base S 2WD model. Our tester arrived with a final window sticker of $44,685. Fuel economy is rated at 19 mpg city and 26 mpg highway. All Nissan Pathfinder models are assembled in Smyrna, Tennessee. 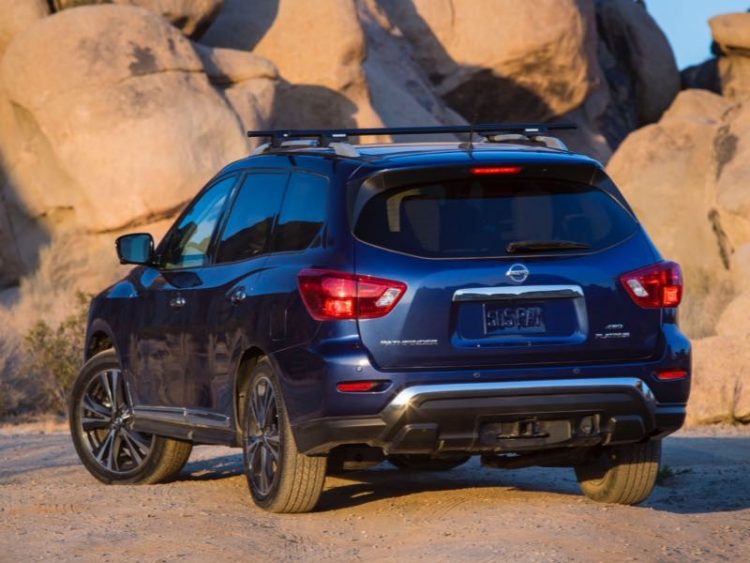 If you are shopping for a mid-size, three-row crossover/sport utility vehicle be sure to check out the Nissan Pathfinder – it stacks up against all the competition, both foreign and domestic. To paraphrase an action movie, it is “cocked, locked, and ready to rock” whether you are headed to the great outdoors or just the great big mall.