Even if you’re not an Amazon Prime member, you don’t always have to wait around for Prime Day to find a great deal. One brand in particular that I really rave about to my followers on social media about is Aukey.

We’ve covered them in the past, and they’ve sent us a few of their latest products that you honestly should have in your cart for checkout today. 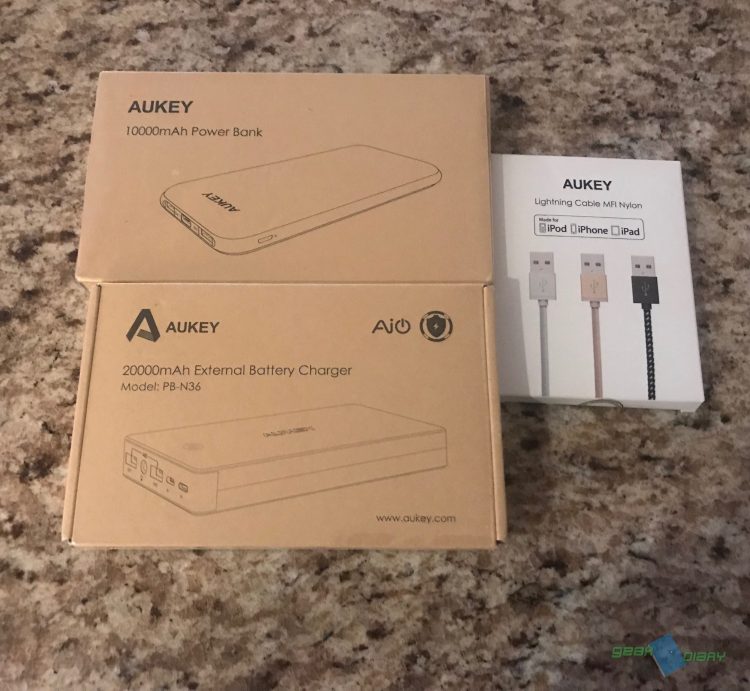 Admittedly I am a lover of portable battery chargers. I truly cannot get enough of them, but at the same time, I tend to always be caught in one or two scenarios. Either the battery pack I have in my bag is too big for my pocket, or the one that I carried in my pocket either hasn’t been charged in a while so it doesn’t have enough juice to charge like I need. That being said, Aukey sent over their 10000mAh Slimline Design Power bank, and their Quick Charge 2.0 Fast Charging 20000mAh External Power Bank to review, and both have great features, that can help in various scenarios. 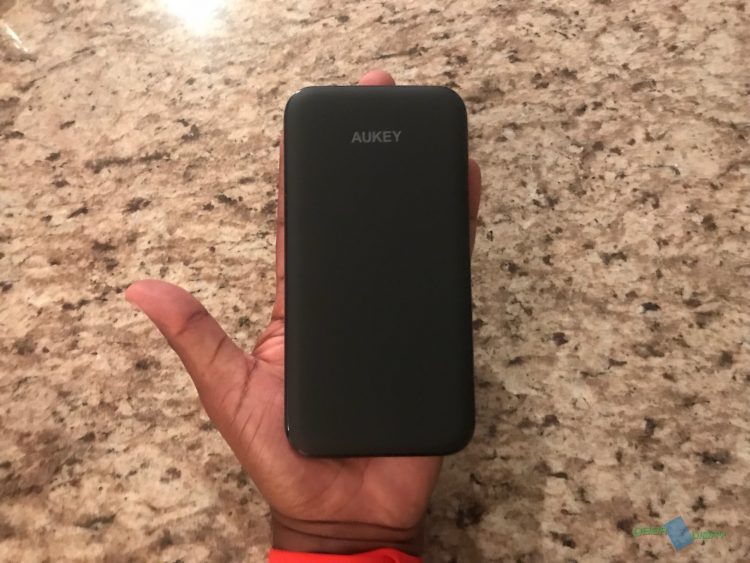 With the ability to charge a Samsung Galaxy two times over, or a smaller iPhone 7 3.7 times, the Dual-USB Port 10000mAh Slimline Power Bank by Aukey is always in my back pocket when I’m out and about. It’s built to be your go-to when you’re out during the day with family and you look down at your phone and see that it’s not at 20% and you’re nowhere near a charger. Compared to the larger 20,000mAh battery that we’ll discuss later, this battery pack is way more slim and pocketable, and although it does offer up two USB ports, neither feature the Quick Charge functionality you’ve seen from most of Aukey’s larger capacity battery packs. One thing I’ve always wanted from Aukey’s slimmer battery packs is possibly an integrated cable since the company does not offer a short 1 to 4-inch  cable for when you use the device on the go. 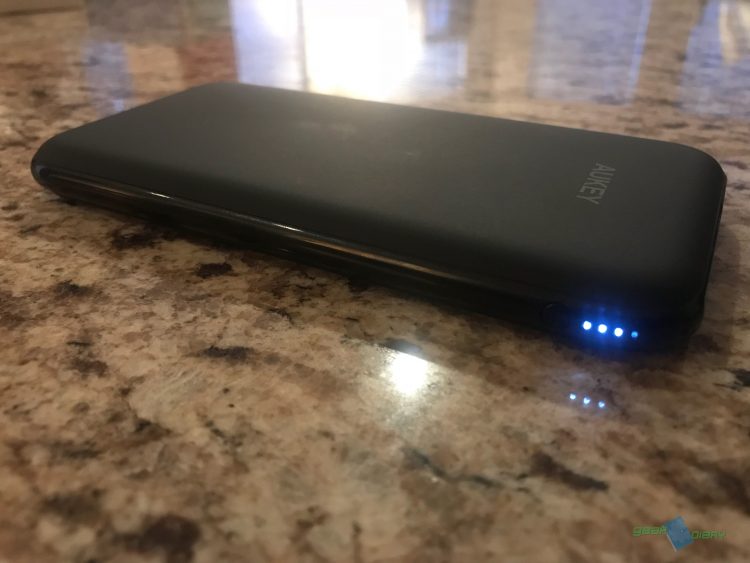 Despite that, the 10000mAh battery pack by Aukey holds up pretty well, mainly due to its sleek design and rubberized finish on both sides, which makes it stay on a flat surface without moving around. There are four indicators on the side of the battery pack that signifies full when you have all four bars, 50% when you have two bars, and if you have one bar you have 25% of less. I like the touch of having the indicators sitting to the side of the device because if you’re at a bar and out with friends, that glowing light isn’t just sticking up for everyone to judge you. All else fails, you can just sit it in your back pocket and it works just fine. And honestly, you can’t really beat its current price of $14.99 on Amazon. 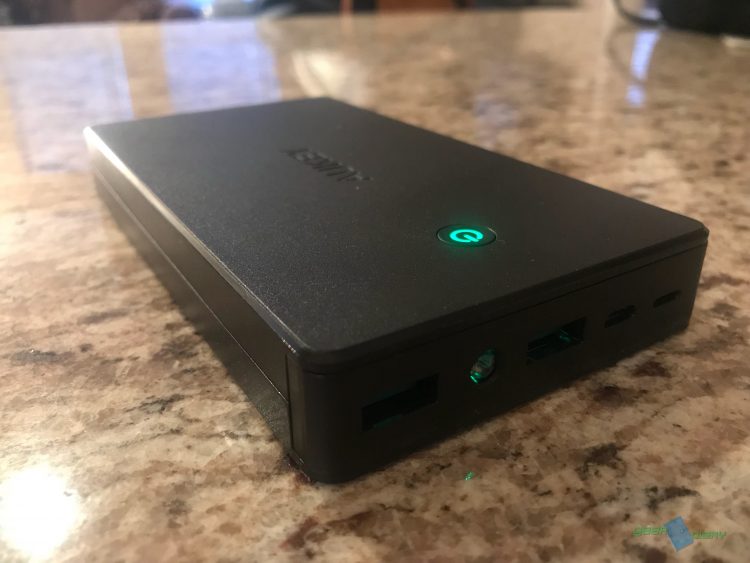 If you’re looking for a bit more out of your battery packs, or just hate charging them that often, I would personally suggest the Quick Charge 2.0 Power Bank by Aukey. A bit thicker than the 10,000mAh Battery pack from earlier, but it has features that make up for the considerable bulk. First being a Type-C outlet that means not only can you charge your MacBook Pro on the go, but you can charge the battery pack itself from this port, instead of just the standard Micro USB Input which sits right beside it. Using Aukey’s AiPower Adaptive Charging Technology, there’s a Texas Instrument manufactured chipset that detects the device that you connect to it and charges it accordingly, essentially saying it can distinguish the difference between an iPhone or any other device, which results in giving your device the exact amount of charge that it needs. 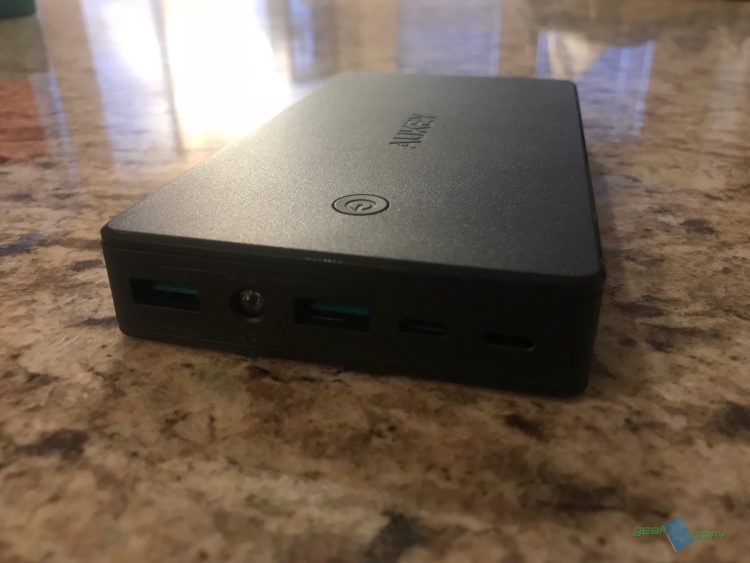 On top of this, you get two USB ports, one being a 2.4 amp output that not only uses Qualcomm Quick Charge 2.0 technology,but will protect your surge protector which is something I haven’t seen in ANY other battery pack to date. This is huge because you never really expect the unexpected, and the last thing you want is your battery pack exploded in you. I leave this battery pack in my backpack with my Aukey lightning cable just fine. In the event I don’t’ have the 10,000mAh battery pack with me, I can always just carry the 20,000mAh battery with me. While it doesn’t quite fit in my casual jeans like the Slimline version, I am a bit more comfortable carrying it around than I would be carrying the 30,000mAh battery that I reviewed a few months back, despite its blocky frame, it still is pretty light. And if you’re into Flashlights, Aukey’s even included that, at the expense of not having a physical onboard indicator light system other than the Power Button at the top of the device which goes from Green when charged/charging, to Orange when at 50%, and red when at 25%. I’d rather Aukey go with the way they did the 10,000mAh version with the indicators being on the side. 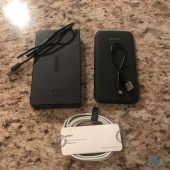 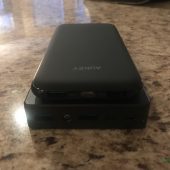 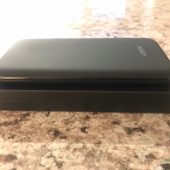 Despite this, Aukey has two great options that I honestly suggest you picking up both, not because you need both, but for that family road trip, you rather be caught with it, than without it. You can check out both from Aukey’s site directly, or if you’d like to go through Amazon you can pick up the 10,000mAh Battery pack directly from here. The Quick Charge 20,000mAh version you can pick up here.

What I Like: Each battery pack is unique in its own way, but I really enjoy the 10,000mAh Battery pack