I recently made the mistake of thinking I didn’t need a pocket flashlight with my everyday gear. My phone has a flashlight; I didn’t need anything else! As it turns out, phone flashlights are not terribly bright which is how I sliced up my hand with a pocketknife while fishing at twilight.

Not long after, we were offered the chance to review the INFRAY LED Flashlight, and of course I jumped at the chance!

The INFRAY is a slim LED flashlight with a pen clip attached to the body. Physically, it is about the size of a thick pen or highlighter, with a grid design along the body to give it more grip. It has a rubber power button on one end and the light on the other, and you can expand/contract the beam by twisting the cap around the LED end. The INFRAY is lightweight, and takes two AAA batteries. 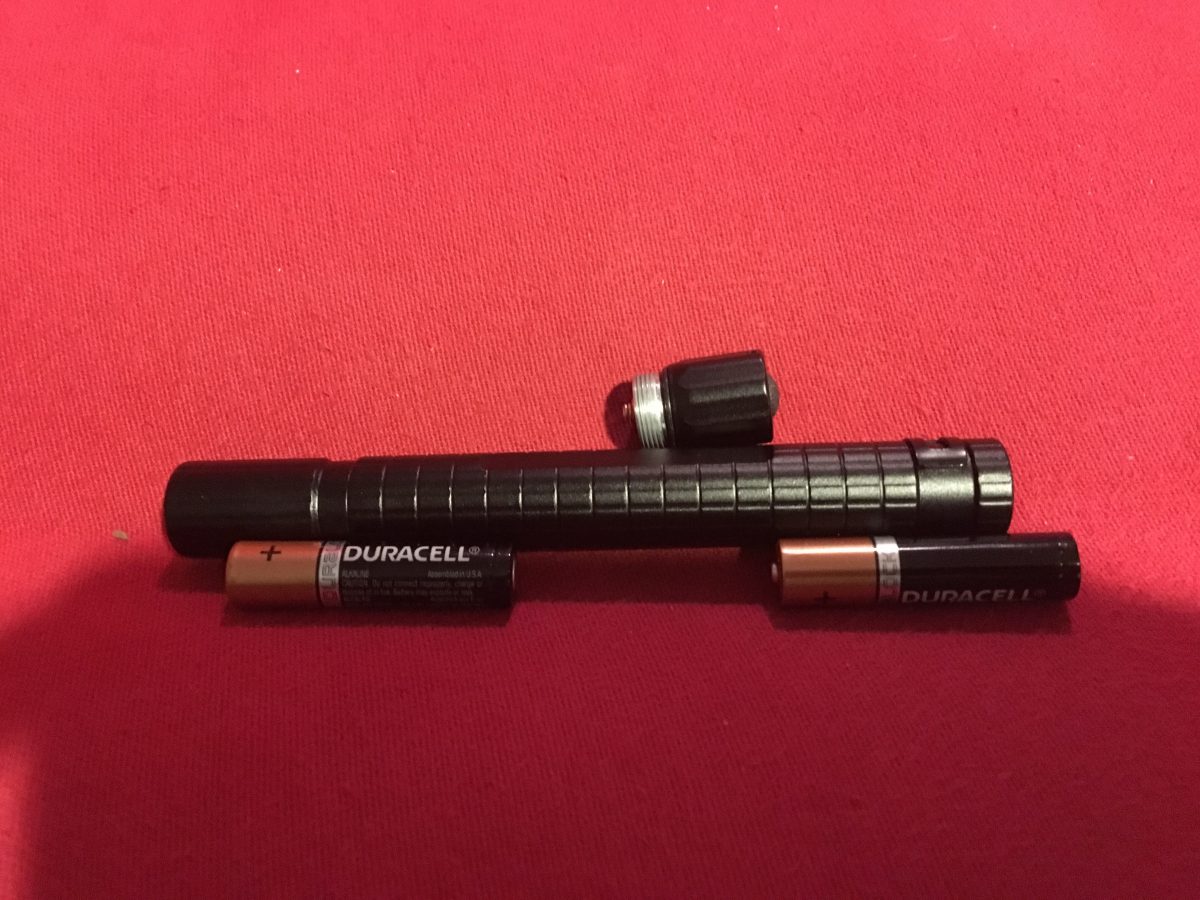 There’s not much to say about a flashlight, but the INFRAY does have a few features that make it stand out. One, the fact that it takes AAAs is a big plus. They’re cheap and easy to find, as opposed to coin-cell batteries or having a rechargeable battery instead. Since this flashlight is designed to be an everyday carry, it makes sense to use a nearly universal battery-the last thing you want is to need a flashlight and find out you can’t use it because it only takes a specific coin-cell used by that flashlight, a Swatch from 1982, and your grandmother’s old hearing aids. Second, the power button is easy to use. That seems like a no-brainer, but you’d be surprised how many small flashlights use cheap switches that break easily or are difficult to activate. Also, I like when flashlights have logical placement for their power buttons since if I’m fumbling in the dark I don’t want to start guessing at where the buttons are. Finally, I love that the beam can be focused or diffuse, so you can use it for close up work as well as just making sure there aren’t any nuclear Legos on your path to the kitchen. 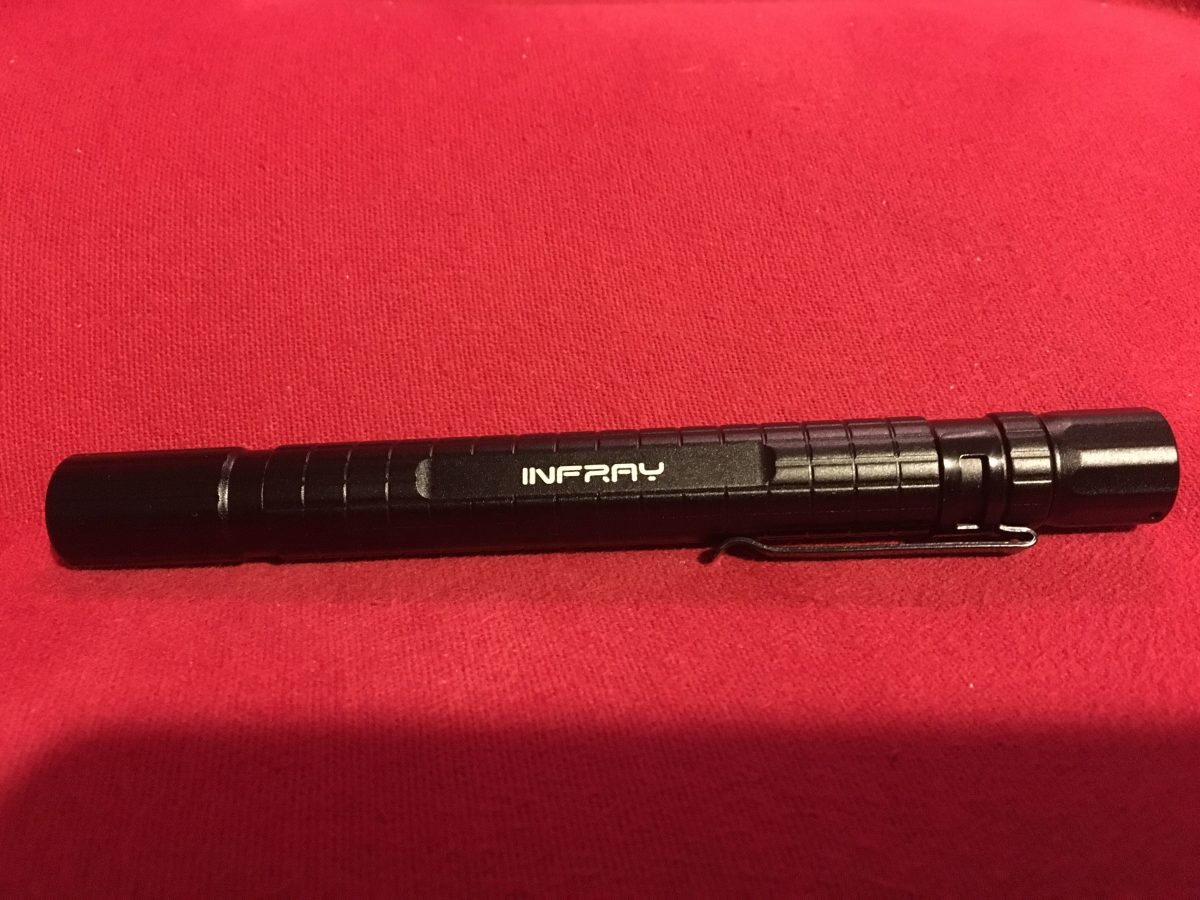 The INFRAY is only $12.99 on Amazon, so it’s especially hard to find much room for complaint, but if I had one, it is that the power button overhangs the end just enough that the flashlight cannot stand on one end. It’s a minor complaint, but it does mean that you can’t stand it up on a table and use it as an impromptu way to blast light around a room or stand it up under a sink while you work. The pen clip helps with this because you can always clip it to an article of clothing for hands-free use (note: if you do find yourself working under a sink and need help with lighting, DO NOT assign that job to a curious preschooler. Far better to clip the light to your hat awkwardly than count on someone with a small attention span and big love for flashlights. That’s your pro tip for the day.)

All jokes aside, it’s always a good idea to keep an emergency flashlight in your car or bag, and the INFRAY is solidly built, creates a nice bright light, and won’t break the bank.