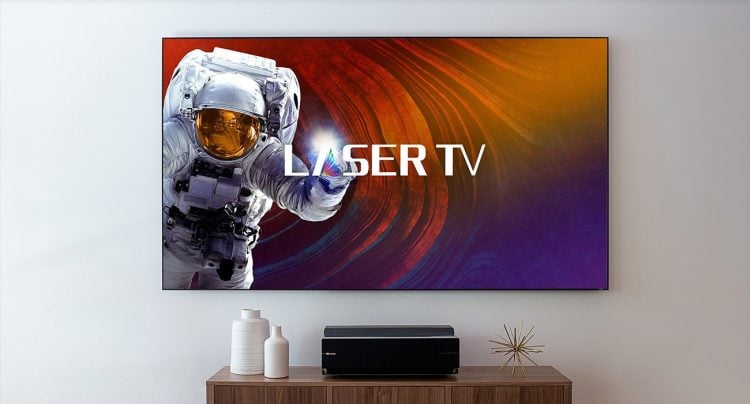 This new system costs $9,999. That might sound like a lot of money right off the bat, but you’ll be hard pressed to get a 100” 4K TV for less, especially one with such a powerful audio system built in.

But don’t call Hisense’s Laser TV a projector, because it’s a lot more sophisticated than one. Under the hood you get a TV tuner, the Hisense Smart TV Platform, UHD Upscaling, and 2 HDMI inputs. This all-in-one system also packs in 110 Watt Harman Kardon speakers and a separate wireless subwoofer, so you’re getting a complete home theater package in a really compact system.

“To complement the amazing video offered by the Hisense Laser TV, our engineers had to set the bar very high for audio quality,” said Dave Rogers, Senior VP & General Manager of Consumer Audio at HARMAN. “The result is one of the best-sounding Harman/Kardon® audio systems that we’ve ever designed and built. It’s so good that there’s no need for the end-user customer to utilize a separate sound bar or a component audio system. We’re confident that Hisense customers will have an excellent entertainment experience with the Laser TV.” 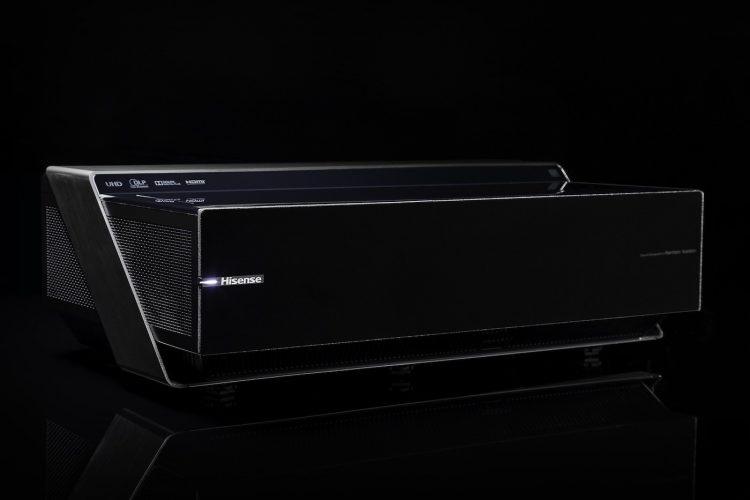