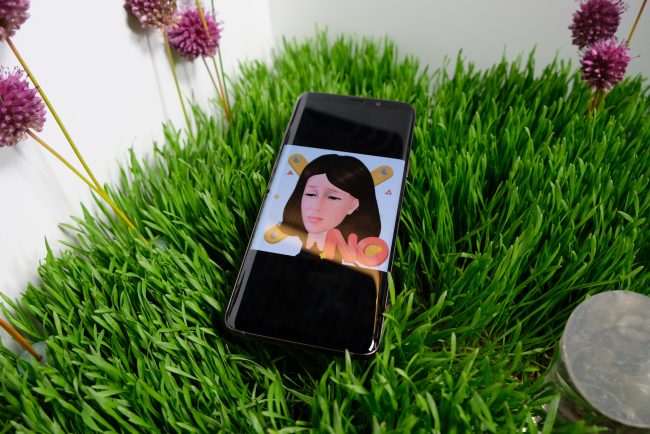 The highly anticipated Samsung Galaxy S9 and S9+ have just been announced, and on the hardware front, they aren’t dramatic updates to their predecessors. Perhaps we’ll finally get a foldable display with the Galaxy S10? But for the S9, Samsung’s heavily focused on improving the phones’ features with a big emphasis on improved low-light photography, slow-motion video, and Bixby integration.

To that effect, the camera on the S9 has been redesigned with a new dual aperture lens. Samsung’s dual aperture lens automatically lets in more light when it’s dark, and less light when it’s too bright. Samsung says that it works similarly to the way a human’s iris expands and contracts. What this all means is that challenging low-lighting conditions shouldn’t be so challenging anymore. And even for scenes with good lighting conditions, the photos should come out better.

AR emoji on the S9

Apple has been playing catch up to Samsung a lot lately, but with Samsung’s new AR emoji, Samsung is attempting to catch-up to and one-up Apple. Think of personalized AR Emoji as a cross between Bitmoji and Apple’s Animoji. Using the S9’s camera app, you can create emoji that looks (somewhat) like you. 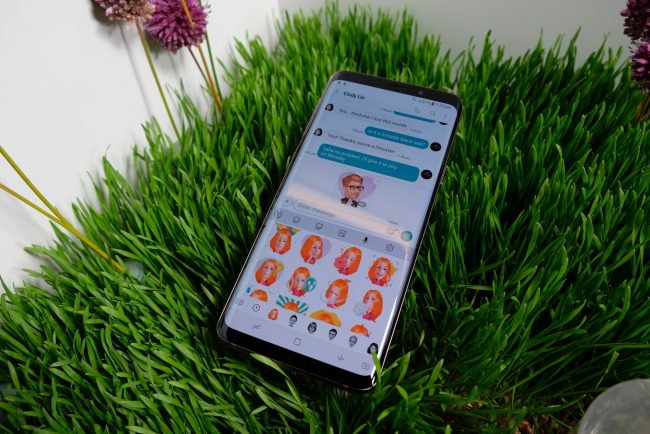 These AR emoji use your likeness instead of an animated poo or unicorn, and just like Apple’s animoji they copy your expressions and facial gestures. Afterwards, you can share your animated AR emojis in messages. 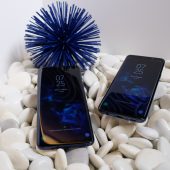 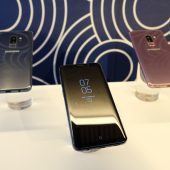 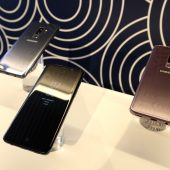 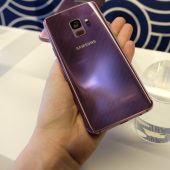 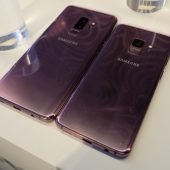 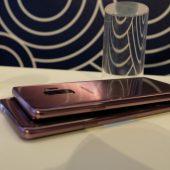 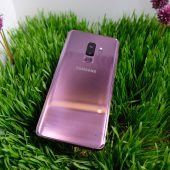 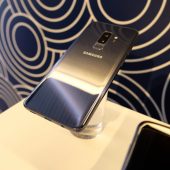 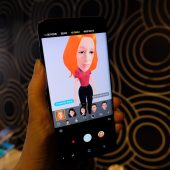 On the design front, the design of the S9 (5.8″) and S9+ (6.2”) are both very similar to their predecessors. The brilliant Super AMOLED infinity display is still there, but it’s now even brighter. The backside is still a fingerprint magnet, but the design has been refined with metal sides that provide a better grip than its predecessor did. The S9+ very much resembles a Note 8.

And then there are its colors. In addition to the usual black, there is a lilac purple or coral blue option. We have a feeling that the lilac is going to be pretty popular.

If slow-mo on the previous Galaxy S8 wasn’t slow enough for you, Super slow-mo on the S9 allows for 960fps video recording. That means that just .2 seconds of action can be stretched out to 6 seconds, resulting in some very cool looking slow motion videos which you can share as .gifs or set as wallpaper.

Bixby integration is another big focus of the S9, and it provides some neat real-time object detection features. We saw a demo of the Live Translation feature which lets you translate languages on the fly, similar to how the Google Translate app works. Another neat real-time feature lets you try-before-you-buy using makeup products from Sephora.

When it comes to integration with your smart home, the S9 is the first smartphone able to run Samsung’s new SmartThings app, effectively making the S9 the central hub for all of your connected SmartThings smart home devices.

The S9 phones also support DeX which lets you connect the phones to a monitor, keyboard and mouse for a desktop-like experience – even for gaming.

Under the hood, the S9 and S9+ are powered by the Snapdragon 845, and they have Gigabit LTE support. The devices are IP68 certified, and they come with stereo speakers tuned by AKG with support for Dolby Atmos. These speakers are 40 percent louder than they were on the S8.

Overall, the S9 is a really well-rounded flagship phone, but it’s not a really big update. The S9 could almost be called the S8s, as it’s less a monumental upgrade, and more of a solid refinement over its predecessor, the S8.

Pre-orders for the S9 and S9+ begin March 2nd, and the device will be available to purchase on the 16th. Pricing is expected to be similar to the S8.