Last year when I reviewed the Huawei MediaPad M3, I called it the best Android tablet for the money; I was impressed with its solid build, sleek styling, Harman Kardon sound, and excellent price. Now comes the Huawei MediaPad M5, and what was already a fab tablet is now a possible iPad killer — assuming you don’t mind a non-iOS device. 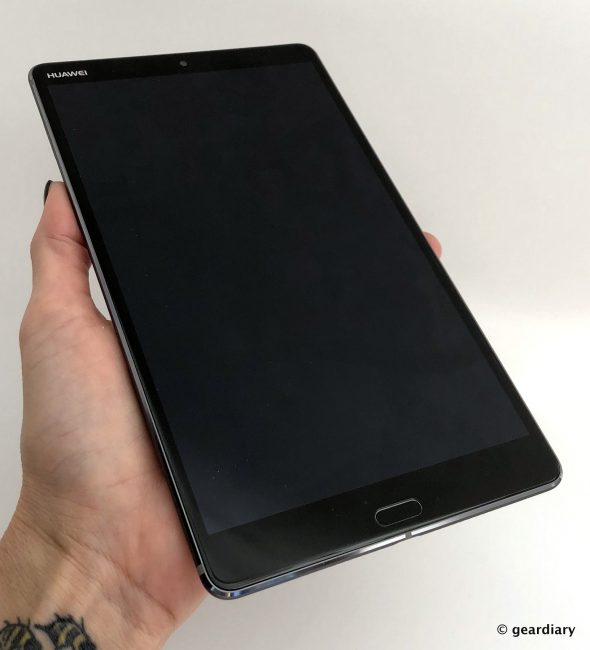 People who find the iPad mini’s 7.9″ screen just a tad too small and the iPad’s 9.7″ screen a tad too large are going to love the Goldilocks feel of “just right” with the sleek and highly portable 8.4″ Huawei MediaPad M5. I should mention that this is the follow-up to the MediaPad 3 I reviewed last year; there was no number 4.

The M5 boasts a snappy Kirin 960 processor, a quick charge capable 5,100mAh battery, stereo speakers with Harman Kardon audio, an enhanced 2560 x 1600 pixel ClariVu display, Android 8.0 (Oreo), and the option of a 32GB or 64GB with or without cellular wireless — starting at $429 (€349). For those who need a larger screen, there is also a 10.4″ model and a 10.4″ Pro model. For those of you who want to turn your tablet into a laptop; those larger models have pogo pins for attaching a keyboard. But for this review, we are focusing on the 8.4″ version. 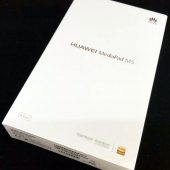 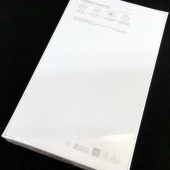 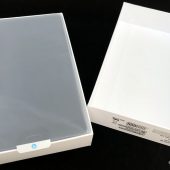 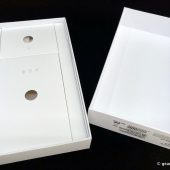 Included in the box are the MediaPad M5, a wall charger (mine was the European version), a SIM tool, a USB Type-C to Type-A charging cable, and a USB-C to 3.5mm audio jack dongle. Yes, just as Apple did some time ago, Huawei has opted for a sleeker form factor and nixed the built-in headphone jack. 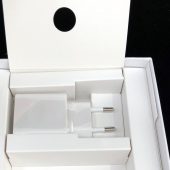 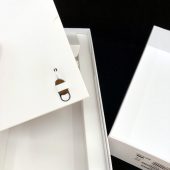 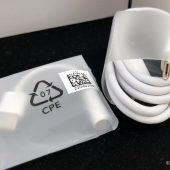 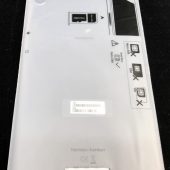 The Huawei MediaPad M5 measures approximately 8.4″ long by 4.9″ wide by 0.3″ thick, and it weighs 11.1 ounces. The front of the M5 is largely composed of 2.5D glass which slightly curves down on the sides and ends (this is a first on any tablet), with the device’s sides and back composed of sensuously curved, metal unibody case. The M5 is solidly built, aesthetically pleasing, and it feels just as well made and “premium” (for lack of a better word) as the latest iPads. If you have been looking for an Android tablet with a build that can compete with the best from Cupertino, the Huawei MediaPad M5 is it.

At the top of the screen, there is an LED notification indicator next to the front-facing 8-megapixel camera. At the bottom, there is a squashed-oval home button with built-in fingerprint sensor. 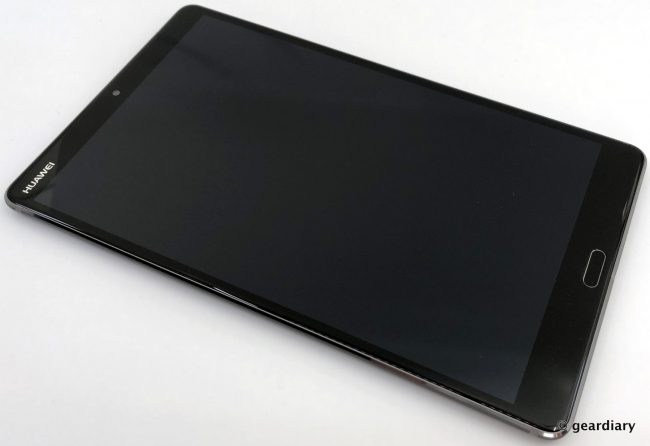 On the left side, there is a combined SIM and microSD card tray.

The largest microSD I’ve got is a 200GB, but I suspect that the M5 will be able to handle SanDisk’s 400GB card when it’s available. Even if you only buy the 32GB version, you can customize the device’s memory capacity to fit your needs. You’ll notice that there’s also a SIM slot available, should you want to get a wireless plan for your M5. I tried slipping the SIM from my iPad Pro inside the slot, but it was an Apple-branded SIM, and it was no bueno. Oh well. I didn’t really expect it to work, but I had to try. 😉

On the bottom of the M5, there are two areas that look like speaker grilles, but the one on the right is the only one that’s functional; I suspect that there is a microphone in the grille on the left (since you can actually use the MediaPad M5 as the world’s largest phone).

On the right side, there’s a power/lock button and a volume rocker.

At the top are perforations in the metal body which hide the second speaker. 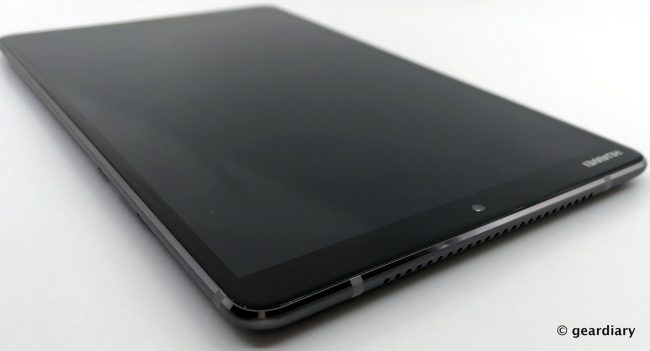 On the back, there’s a single circle which houses the 13-megapixel camera. 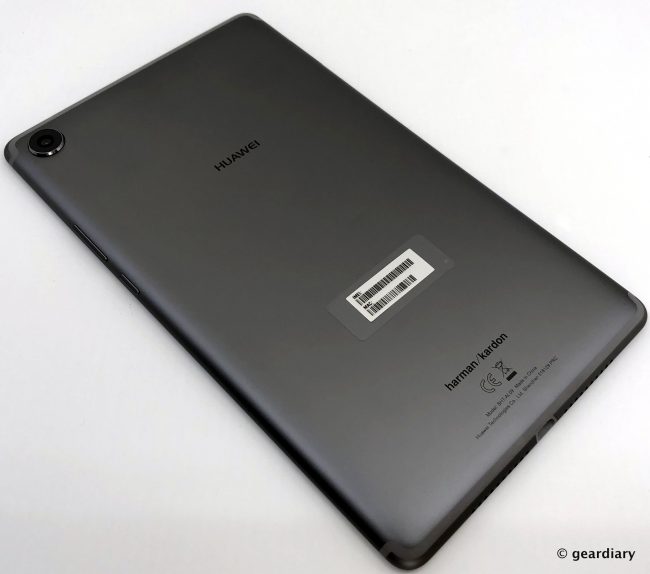 Like most tablets, there is no LED flash. You can clearly see the U-shaped integrated antenna in this picture; there is another U-shaped band on the back bottom. 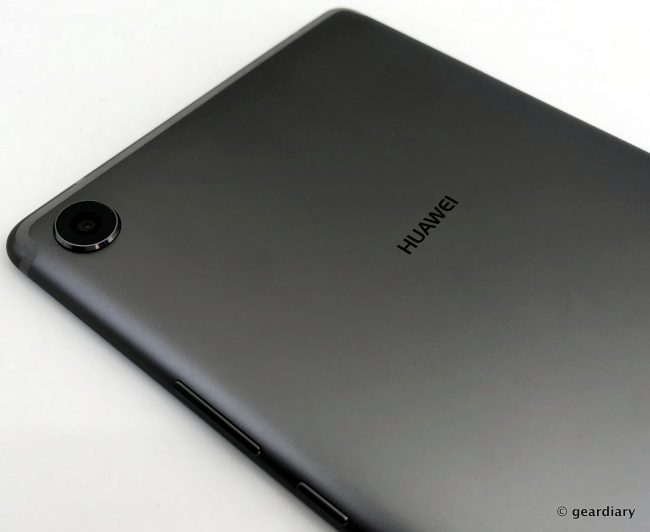