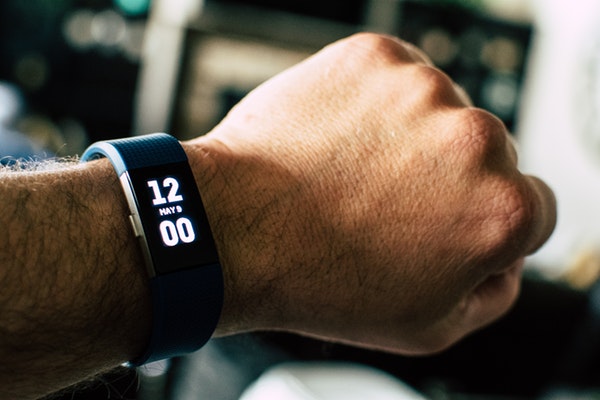 Wearable technology is rapidly moving in a new and intelligent direction. If you haven’t been sold on smartwatches and fitness trackers, get ready for the next wave of the wearable tech trend. It’s called smart clothing, and it’s already a reality.

Several years ago, Google partnered with Levi Strauss to create smart jeans but ended up creating a smart jacket instead. This jacket, dubbed the “Commuter Trucker Jacket,” is infused with Google’s Jacquard fabric technology. By swiping and tapping the sleeve in specific ways, you can listen to music, answer calls, have your text messages read to you, get directions, and more.

Although this jacket was introduced in 2015, it hasn’t quite taken off. According to The Guardian, the technology that powers this jacket is basically a smartwatch without the watch, embedded in touch-sensitive fabric. However, to use the jacket, the wearer needs to have it paired with their smartphone and be wearing headphones. Then there’s the subject of the denim jacket itself being too hot in the summer, and well, it’s uncomfortable for people who don’t like wearing denim jackets.

The jacket can only be washed ten times before the components start to fail, which is probably why it hasn’t lived up to its potential success. However, that doesn’t mean we won’t see success with wearable technology in the near future.

Levi isn’t the first company to infuse technology into outerwear. The Hoodie Buddie is a hooded sweatshirt with earbuds incorporated into the drawstring. This incorporation makes it easy to listen to music without tangled wires. There’s a 3.5mm connection in the pocket to connect your MP3 player or smartphone. It’s convenient and apparently more washable than Levi’s Commuter Trucker Jacket.

Wearable technology helps teenagers fit in with their peers

Just like generations in the past, today’s tech-loving youth enjoy differentiating themselves from their peers. For example, they’ll often wear dresses and suits with loud prints to prom in order to make a statement. Standing out for single occasions is okay. However, the majority of the time they want to fit in, and they accomplish that by obtaining the latest technology.

Although the youth of today don’t know what it’s like to live without wearable tech gadgets like smart watches, there was a time when such gadgets were simply an idea. These ideas were often expressed in the form of cartoons printed in the newspaper and surprisingly predicted the future quite well.

For instance, in a now-famous comic strip, W.K. Haselden predicted the inconvenience of the “pocket telephone” a century before cell phones were invented. His comic depicted that this pocket telephone would ring during the most inconvenient moments – when you’re running for a train, holding a baby, have your hands full, are at a concert, and even when you’re getting married.

Perhaps the most famous example of this goes back to 1946 when Dick Tracy, Chester Gould’s famous comic strip cop, began sporting a two-way radio on his wrist. In 1964, when nearly every family in America owned a television set, his wrist gadget was upgraded to two-way video.

Wearable smart technology is in its infancy – consider it a prototype

The wearable technology of today isn’t perfect, but it’s a great template and prototype to build from for the future. Advances in artificial intelligence, like the device called “AlterEgo” developed by MIT’s Media Lab, suggests the potential for a line of clothing that doesn’t require physical input at all. AlterEgo, a device worn like a headset that connects electrodes to the skin, can transcribe words the wearer thinks but doesn’t verbalize.

The Guardian reports, “Four electrodes… pick up the subtle neuromuscular signals that are triggered when a person verbalizes internally. When someone says words inside their head, artificial intelligence within the device can match particular signals to particular words, feeding them into a computer.”

This device was presented at the Association for Computing Machinery’s Intelligent User Interface Conference in Tokyo. Although not perfect yet, it’s only a matter of time before this technology is literally woven into the fabric of the future’s wearable tech.